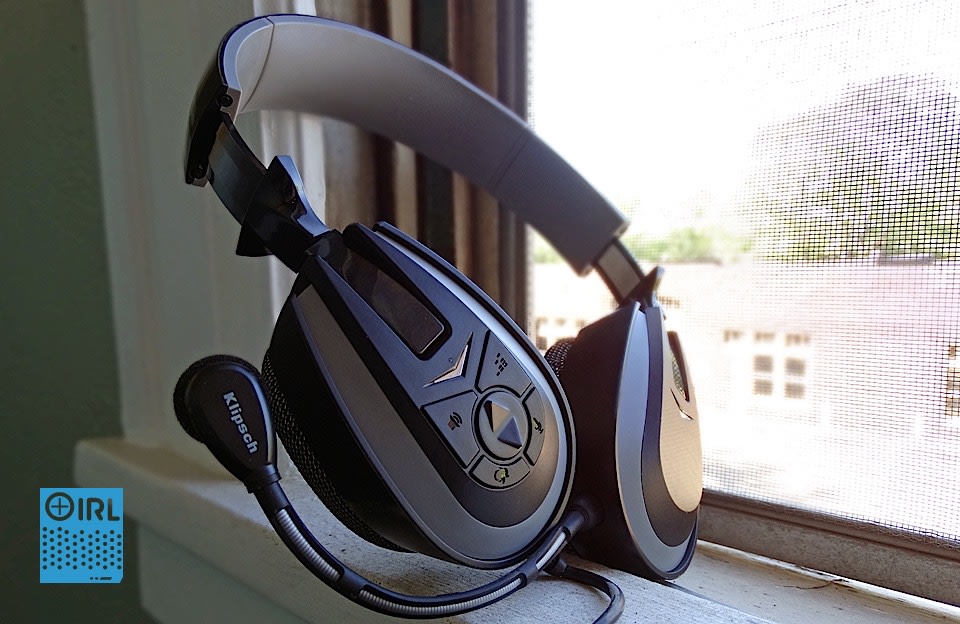 It's been a few years since I actually needed to use a pair of gaming headphones. After a ton of research (not to mention some scrimping and saving), I have a proper 5.1-channel surround sound setup for all of my entertainment needs. But when my Onkyo A/V receiver had to go in for a warranty repair recently, my Klipsch Quintets and Synergy subwoofer went quiet. Not only did this offer my neighbors a reprieve from explosions at 3:30 AM, but it also gave me a chance to test out Klipsch's first foray into the crowded entry-level gaming headset market, the KG-200.

For me, Klipsch is a brand I can trust almost sight unseen. Aside from my aforementioned surround sound setup, I use the outfit's S4i earbuds as my daily drivers. In a pinch, I've even plugged them into my DualShock 4 as a means for chatting with my Destiny fireteam. Beyond that, I'm eyeing a pair of the Indiana-based company's Reference line of speakers for the stereo I'm building. You could say I'm a fan, and that makes what I'm about to tell you all the more disappointing: The KG-200s are junk. It isn't just one aspect of their design that's problematic; it's a collection of them that combine and make me wonder how a company that builds otherwise killer gear let these slip through. Let's start from the top.

Typically the hardest part of using a gaming headset is the setup. That's no different with the KG-200s. I'm fine with a pair of wired stereo headphones, but these are obnoxiously cable-reliant. The right earcup has two coming out of it: one for chat and another longer wire that splits into two 3.5mm jacks (pink and green) and a USB connection at the end of its roughly 9-foot span. Klipsch's recommended setup is plugging the cans into your TV's headphone port and then pulling power via the USB plug from whatever device is closest. Should your TV's I/O panel not be close enough to your consoles, well, you might have some rearranging to do. And if your display doesn't have analog audio outputs -- like my 2013 Panasonic VT60 -- then you need to run audio through USB and change a few options in your console's audio settings. 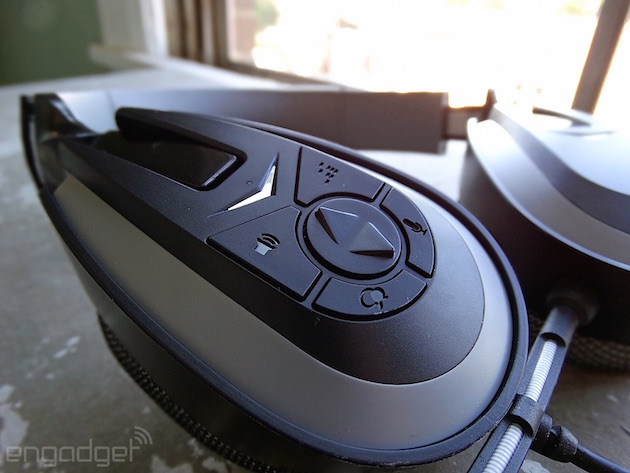 Clustered controls make adjusting EQ levels hard to do without taking the headset off, too.

One of the best features with the PlayStation 4 and Xbox One is that you can plug any set of headphones with a 3.5mm jack into their respective controllers (Redmond's console needs an adapter puck). That actually works against what the KG-200s offer. For instance, if you put the green 3.5mm jack into a PS4 DualShock 4, you lose the ability to chat because, weirdly, mic input and audio output weren't combined into one cable. You also lose some of the aural oomph because the headset needs USB power to hit a decent volume level. Since my couch is six feet from my TV (give or take), I had to sit way too close to a 65-inch screen to use the recommended setup configuration. I did this for you, readers.

But how do they actually sound? Well, disappointingly, not much different from other low-end gaming headphones I've used -- you really can't expect much from a $130 headset, sadly. Transmitting audio over USB introduced a ton of white noise, for starters. I couldn't tell much difference among the handful of EQ presets either and, overall, everything just sounded muddy; the Flaming Compensator shotgun from Sunset Overdrive lacked any punch, as did the assault rifle from The Last of Us: Remastered. Plugging into my Xbox One controller or DualShock 4 eliminated most of those gripes, but, as I said earlier, it cut down on the volume and I lost chat.

Time and again while I was using the KG-200s, I kept wanting to reach for my S4i earbuds. They sound better, offer more functionality and versatility, are much easier to set up and, well, Woot often has them for around $35. No, those aren't intended for gaming, but as is the case with most mobile headsets, I'd imagine, they perform better than what you'll get from gaming headphones costing four times as much.

In this article: engadgetirl, gaming, GamingHeadphones, hd, irl, KG-200, kg200, klipsch, KlipschKG-200, uk-feature
All products recommended by Engadget are selected by our editorial team, independent of our parent company. Some of our stories include affiliate links. If you buy something through one of these links, we may earn an affiliate commission.