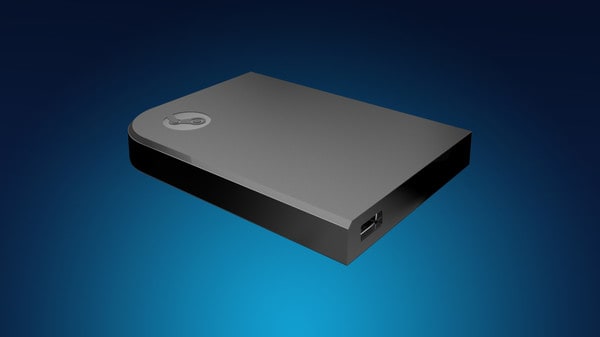 Along with a slew of new Steam Machines, Source Engine 2 and VR news, Valve announced an interesting add-on for anyone interested in in-home streaming for their PC games: Steam Link. These $50 boxes (in the US, international pricing is TBD) will stream content from your PC or Steam Machine, as long as they're on the same WiFi network. Adding a Steam Controller will cost an extra $50 when they launch in November, and can handle gaming in 1080p at 60Hz with low latency. Sony's Remote Play game streaming is a couple of generations old, while Microsoft just announced the feature for Windows 10, and now Valve has a cheap hardware solution too. The boxes were listed on the Steam store for a moment (see it in Google's cache here), and pictures showed a slim design, with three USB ports (one up front, two in the back) along with Ethernet, HDMI and power.

Steam Machines, Windows PCs, Macs, and Linux PCs will be able to take advantage of a new product announced at GDC called Steam Link. Designed to extend your Steam experience to any room in the house, Steam Link allows you to stream all your Steam content from any PC or Steam Machine on the same home network. Supporting 1080p at 60Hz with low latency, Steam Link will be available this November for $49.99, and available with a Steam Controller for an additional $49.99 in the US (worldwide pricing to be released closer to launch).

In this article: dongle, gaming, gdc, GDC2015, hdpostcross, In-homeStreaming, link, PC, Steam, Steam Link, steamlink, valve
All products recommended by Engadget are selected by our editorial team, independent of our parent company. Some of our stories include affiliate links. If you buy something through one of these links, we may earn an affiliate commission.