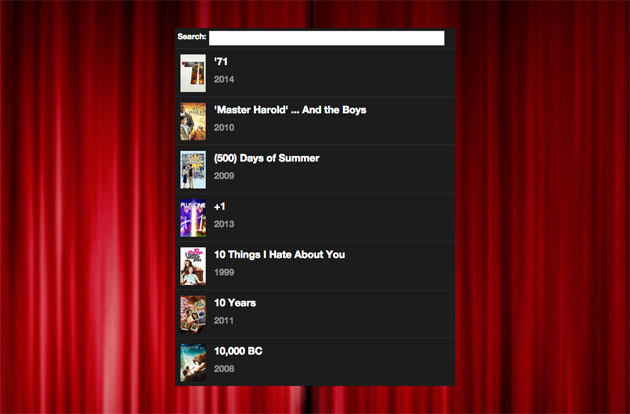 Popcorn Time's less-than-legit movie streaming has been available on lots of devices, but the web? Not so much. However, some enterprising developers have seen fit to make that happen in an unofficial capacity. Meet Popcorn in Your Browser, a simple torrent-based video service you can use in any web browser. As with above-board subscription services like Netflix, all you do is search for the title you want and start watching.

It's awfully convenient if you're an avid movie bootlegger. However, it's also awfully likely to disappear -- if PIYB's web host hasn't already received a flood of copyright takedown notices, it probably will soon. That won't stop others from hosting the code, of course, but we have a hunch that this will merely be a brief vision of what Popcorn Time could be if it wasn't tied to native apps.

Update: To no one's surprise, PIYB is down -- if not for the reason you'd expect. The site was relying on a trial version of Coinado.io's remote torrenting service, and the sudden spike in popularity (oops) "completely overwhelmed" Coinado's servers and led to the service cutting the trial short.

Via: Gizmodo
Source: Popcorn in Your Browser
In this article: bittorrent, browser, coinado.io, hdpostcross, internet, movies, piracy, popcorninyourbrowser, popcorntime, streaming, torrent, web, yts
All products recommended by Engadget are selected by our editorial team, independent of our parent company. Some of our stories include affiliate links. If you buy something through one of these links, we may earn an affiliate commission.