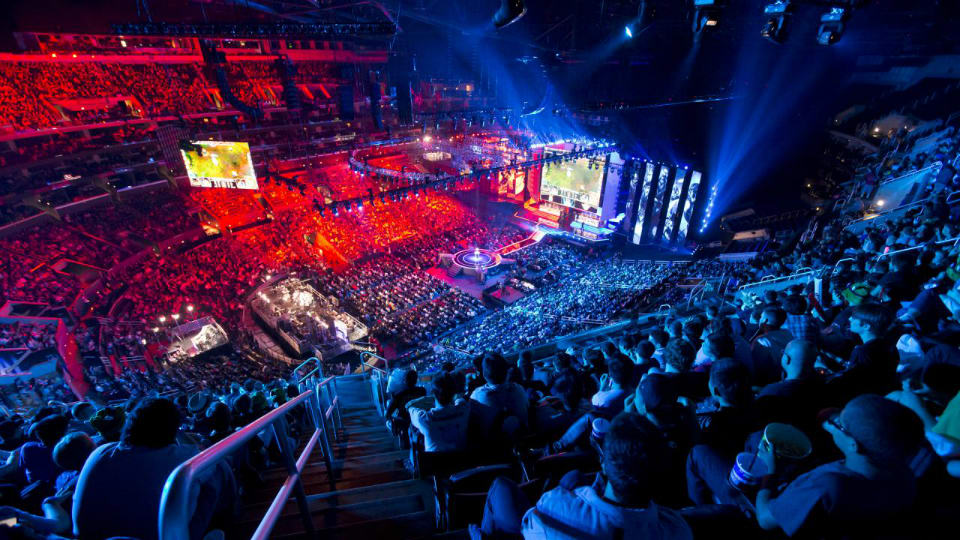 The hockey game on the flat-screen behind the bar had served as a pleasant background visual as I ate dinner. But with my plate cleared, the action on-screen drew my full attention. I took a sip of beer as players converged on the puck, white jerseys sliding into red and sticks slapping intently over a small, swift black dot. More furious movement and some of the athletes fell back as others rushed forward chasing their objective: Control the puck. I took another sip. Two men, one from each team, flew toward the black dot as it slid across the bottom wall of the rink and the rest of the players settled into position behind them, constantly moving, pushing for dominance of their immediate areas. Each person on the ice clearly had a specific role. And then halfway through my second beer, it clicked. "It's like they're playing League of Legends in real-life," I thought, frozen in mid-sip. "Holy shit. I think I understand hockey now."

Let's back up a bit: I grew up playing sports. I tried everything as a kid -- gymnastics, dance classes, art lessons, music training, hiking, baseball, basketball and volleyball, to name a few -- but sports is what really stuck. (That, and Harry Potter.) I played volleyball, softball, football and basketball from elementary through middle school, and in high school I helped lead the tenor sax section in marching band. (And, yes, marching band requires a ridiculous amount of athleticism.) Up until eighth grade, my room was plastered in football pendants and I still have a Phoenix Suns-era Jason Kidd jersey hanging in a closet at my mom's house. The point is: I'm not new to the sports scene. I've been there; done that. I enjoy sports.

But I love eSports. 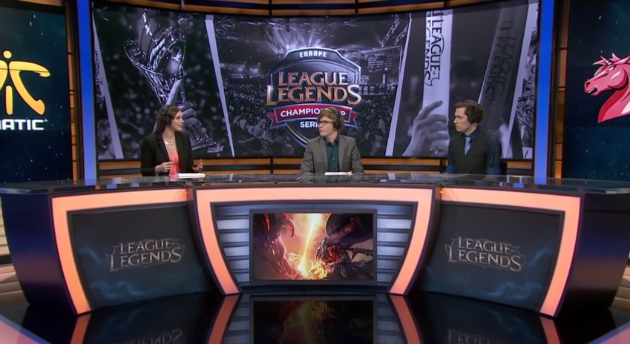 Professional gaming, commonly referred to as eSports, is a rapidly booming industry thanks to online streaming sites like Twitch, and League of Legends is one of the biggest games in the business. It also happens to be my favorite game on the professional circuit. Twitch proudly hosts every League of Legends tournament, most of which feature ESPN-style analysts, commentators and giant touchscreen game-review boards. Other eSports games get similar livestream treatment, too, from StarCraft to Counter-Strike to Dota 2. For its part, League of Legends holds a seemingly permanent spot on Twitch's Featured Games section, alongside other front-page regulars Hearthstone, Dota 2, Minecraft and Counter-Strike: Global Offensive.

For the uninitiated, League of Legends is a MOBA (multiplayer online battle arena) game where two teams of five fight to take out opposing defenses and destroy the rival base. There are three lanes -- bottom, middle and top -- that converge across the map, generally populated by four players per team (two on bottom, one in the middle and one on top). The fifth player roams the winding jungle, slaughtering creatures and setting up ganks, opportunities to surprise and kill enemies. Riot, the developer of League of Legends, created characters specifically for each role in the game: damage-dealers, healers, spellcasters, tanks and utility champions. The characters themselves have rich backstories, featuring rivalries and alliances, and include princes and thieves, magicians and zombies, assassins and aliens. Watching professional players select their champions is just as engaging as the actual gameplay -- there is immense strategy involved in crafting a strong, balanced team. It's like a rapid-fire NFL draft that takes place before every game. (And suddenly, I think I understand the existence of the Draft subsection on NFL.com).

eSports make my heart sing, while traditional sports can only make it hum.

The excitement I feel while watching League of Legends is new, different and infinitely more visceral than anything I've felt while spectating hockey or football. Perhaps I relate more to a warrior princess or an eternally sad mummy than I do to Wayne Gretzky or Tom Brady. Maybe it's easier to immerse my mind in a pixelated jungle than a real-life slab of ice. Whatever the impetus, one fact remains: eSports make my heart sing, while traditional sports can only make it hum. And I'm not alone here: 134 million people watch eSports worldwide and League of Legends generated around $1 billion in revenue in 2014 alone. The 2013 League of Legends championships sold out the Los Angeles Staples Center and brought in 32 million viewers. Over the past few years, China and the UK have even built dedicated arenas just for eSports.

With such a large, enthusiastic audience for eSports, it's easy to suggest that it doesn't matter what outsiders think of the activity. It shouldn't matter what "other people" call the eSports that I personally love. It shouldn't, but it does. Especially when those other people are ESPN President John Skipper, who dismissed eSports as "not a sport," or ESPN radio host Colin Cowherd, who recently said: "If I am ever forced to cover guys playing video games, I will retire," before equating eSports with a gunshot to the face. This was directly after ESPN2 aired a collegiate Heroes of the Storm tournament, the first (but certainly not last) eSports match to ever hit live ESPN TV.

League of Legends is clearly more fantastical than something like hockey, but the parallels are there: Control the puck/control the dragon; hit the puck into the net/hit the tower; give the puck to the forward/give the kills to the carry; right wing, center, left wing/bottom, middle and top lanes. It's a deeply strategic, rapid-reflex kind of game that is made more interesting -- not sillier -- by its fantasy elements. After all, Peter Jackson made six films and billions of dollars peddling the wars among elves, wizards and a giant, glowing eyeball; League of Legends is easily more accessible than JRR Tolkien.

There is no reason to write off eSports for being "childish" when our most beloved sports involve chasing, throwing and hitting balls of various sizes.

Besides, traditional sports can sound just as silly as eSports when stripped of their nuance and reduced to incomplete basics. Explain football in the simplest of terms and it becomes a game where you "catch a ball." For baseball, it's, "Hit a ball and run in a circle." Soccer: "Kick a ball." Hockey: "Hit a puck." Tennis: "Smack a ball over a net." League of Legends: "Play a video game."

There is no reason to write off any eSports game for being "childish" when our most beloved sports involve chasing, throwing and hitting balls of various sizes. When these sports are presented in a structure with rules and records and dedicated players, they become something to be admired, as do eSports. Both require skill, practice, dedication, teamwork and strategy, though one is more the province of the body and the other that of the mind. Still, a skill is a skill, and watching talented, passionate people perform rigidly regulated tasks is one of humanity's favorite pastimes. The main difference between sports and eSports, for now, is history.

The League of Legends championship trophy

But let's get back to the bar.

As I finished my beer, I watched the hockey game play out with increased attention and intrigue. I didn't know who the players were and I didn't always know what they were doing or why, but I clearly understood one thing on the screen: The roaring, riotous, enthusiastic crowd. And I was a part of it.

[Image credits: Riot]
In this article: dota 2, dota2, ESPN, esports, hdpostcross, LeagueOfLegends, ProfessionalGaming, ProGaming, riot, RiotGames, sports, Twitch, video
All products recommended by Engadget are selected by our editorial team, independent of our parent company. Some of our stories include affiliate links. If you buy something through one of these links, we may earn an affiliate commission.