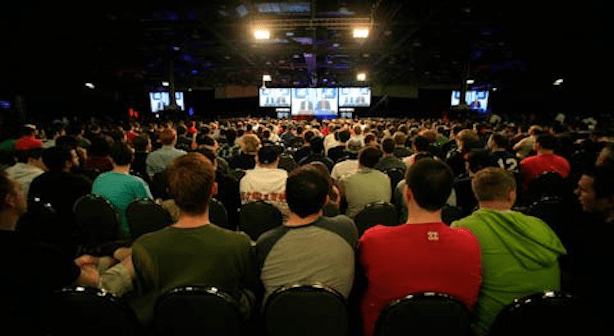 Major League Gaming has announced plans to construct additional pylons a 15,000-seat stadium dedicated to hosting eSports on China's Hengpin Island. The MLG Gaming Arena will contribute to a video game-themed destination called the V-Zone, due to open in 2017. The V-Zone will be part of Lai Fung Holdings Ltd's greater attraction known as the Creative Culture City, worth 18 billion Renminbi ($2.8 billion).

As for incentives to break ground in China, MLG's announcement cites reports that claim China is the second-largest general gaming audience in the world, as well as home to the largest online user base. Hengpin Island is also part of the Pearl River Delta, home to 64 million people and just 30 minutes from Hong Kong, so it seems pretty plausible that the arena will fill up for events.

Aside from the MLG Gaming Arena, the V-Zone will also feature workspaces, gaming-themed restaurants, retail shops and an expo area for developers to show projects. No word yet on possible plans to build a secondary outdoor arena in Beijing, which could immerse competitors in game-like challenges like seeing through the city's fog of war.
[Image: MLG]
In this article: china, esports, fog-of-war, mlg
All products recommended by Engadget are selected by our editorial team, independent of our parent company. Some of our stories include affiliate links. If you buy something through one of these links, we may earn an affiliate commission.