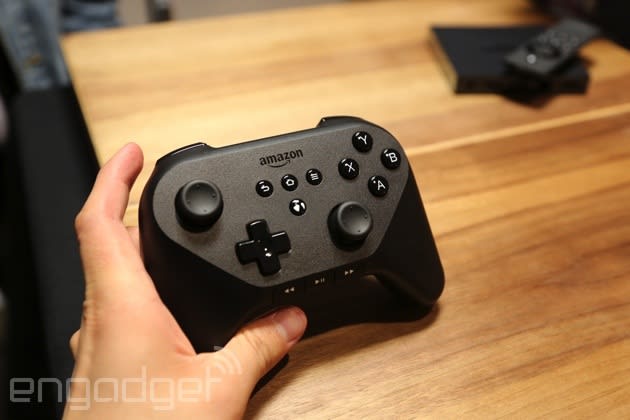 Amazon's Fire TV devices may be focused primarily on Android games, but they can now do some PC gaming in a pinch. The media hubs have just scored an exclusive GameFly app that streams a mix of PC titles (such as the Batman series and Dirt 3) in subscription-based game packs starting at $7 a month. Suffice it to say you'll want to snag a gamepad if you're going to use this feature at all. No, this probably won't make you forget about dedicated consoles or NVIDIA's Shield, but it's a big deal if the Fire TV is your only living room game machine.

Source: Amazon
In this article: amazon, android, firetv, gamefly, gaming, hdpostcross, streaming
All products recommended by Engadget are selected by our editorial team, independent of our parent company. Some of our stories include affiliate links. If you buy something through one of these links, we may earn an affiliate commission.