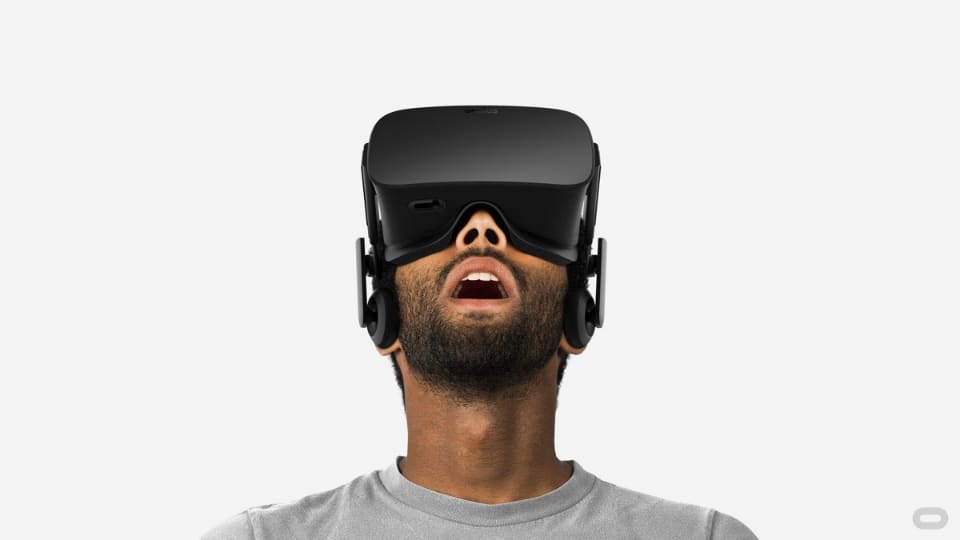 Microsoft and Oculus are leaping into the future of virtual reality hand-in-hand. Oculus CEO Brendan Iribe today announced that the Rift will be packaged with a wireless Xbox One controller, native support on Windows 10 and the ability to play Xbox One games inside the headset itself, in a sort of virtual cinema, via Xbox-to-Windows streaming. Microsoft's Head of Xbox Phil Spencer took to the Oculus stage to lay out his plans for the Rift and Windows gaming going forward -- and there's a reason he looked so happy while doing so. In fact, there are a few reasons the Microsoft-Oculus deal should be gangbusters for both companies.

First, the Rift is Microsoft's answer to Sony's Project Morpheus. The Oculus Rift is ready-made, has super-high brand recognition and is poised to offer a finely tuned VR experience to a horde of anxious, hungry gaming fans. Morpheus could very well walk into a similar situation when it launches, but there's one major difference between the two systems: Sony has to finish developing and then continually support Morpheus on PlayStation 4; Microsoft has to trust Oculus to handle most of that work.

Of course Microsoft will have to deal with compatibility and software issues on its own end, but the company doesn't have to build and maintain a VR headset for itself -- Oculus is doing that. Handing off hardware production is a calculated risk on Microsoft's end, considering Oculus has a solid track record of producing stellar, industry-standard VR experiences, plus it has the financial backing of Facebook. As far as trusting a VR company, Oculus is a good bet. Getting cozy with Oculus also frees up Microsoft to work on its own, new projects, such as HoloLens. With this partnership, Microsoft is free to focus on developing a product in a field that is currently devoid of competitors: augmented reality. Whichever way the industry turns -- in favor of either VR or AR -- Microsoft is prepared.

And then there's the gamepad. Shipping the Rift with an Xbox One controller puts Xbox at the forefront of VR developers' minds. Even after years of production without a consumer release, Oculus remains the highest-profile VR headset in the industry -- and now it's linked directly to the Xbox One. Microsoft suffered a blow to its gaming cred with the bungled announcement of the Xbox One in 2013, heightened by corporate backpedaling and the console's top-of-the-market price point. All the while, Sony emphasized games -- indie games, AAA games, free games and discounted games.

Now, it's time for Microsoft to change the narrative. Xbox used to be the place for new, innovative and wild games -- before the current console generation, the Xbox 360's Indie Games and Arcade sections provided marching orders for the industry. With the PS4, Sony is king, and Oculus might be Microsoft's best chance at reclaiming that crown. Oculus' $10 million initiative to help indie developers make games for the Rift is a great start.

Besides, there's a sly kind of mic-drop in all of this: Oculus founder Palmer Luckey said in 2014 that Morpheus was not an open system, and just a few months later Iribe told us that he wasn't intimidated by Sony's push into VR. In fact, he'd invited Sony to see early Rift prototypes, and Sony in turn invited him to check out Morpheus. All the while, Microsoft kept quiet, worked on HoloLens and integrated the Rift into Windows 10.

This is all well and good for Microsoft, but what does Oculus get out of this deal? Simple: The Xbox One controller. Plenty of gaming hardware companies have tried, and failed spectacularly, to create the perfect traditional gamepad. Oculus has its own, two-hand controller system that might be great -- but if it isn't, the Xbox One gamepad is something that most players already know and love.

Ah, love. On the surface, the Microsoft-Oculus deal looks like an ideal match, but we'll see how perfect it truly is when both the Rift and Morpheus launch in early 2016.

In this article: controller, gamepad, hdpostcross, microsoft, oculus, OculusRift, timeline16oculusrise, XboxOne
All products recommended by Engadget are selected by our editorial team, independent of our parent company. Some of our stories include affiliate links. If you buy something through one of these links, we may earn an affiliate commission.