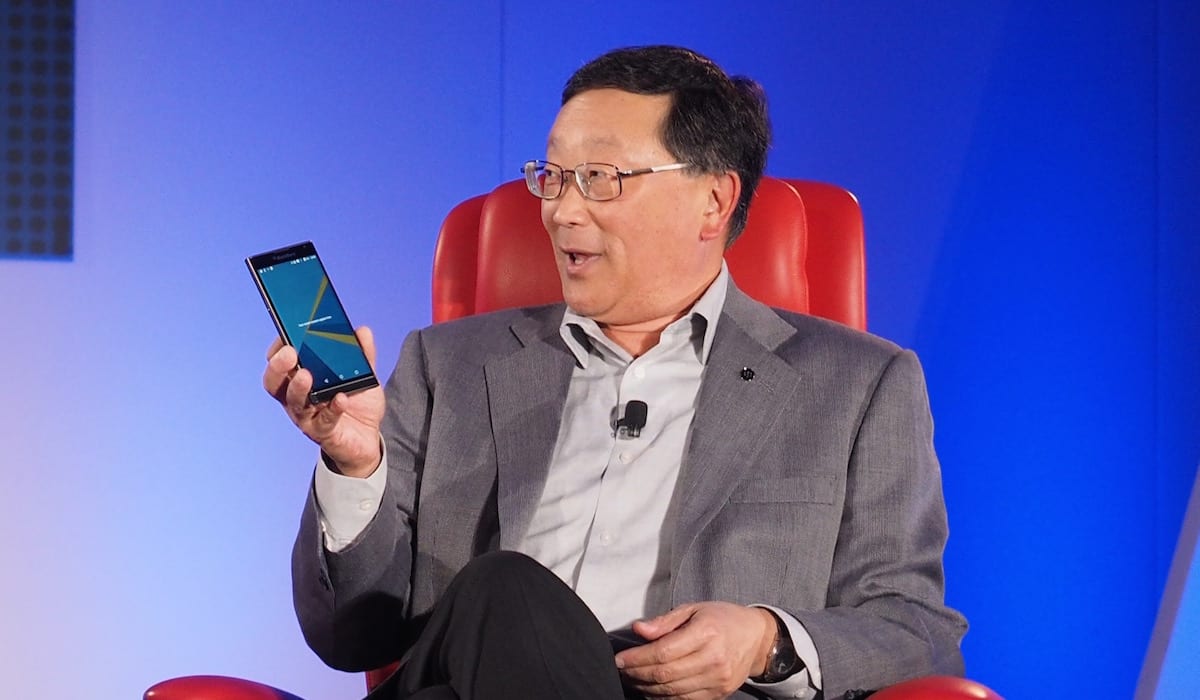 At a panel interview at Code/Mobile, BlackBerry CEO John Chen has said that the company might quit the hardware business if it isn't profitable by next year. He said that he "never says never" to shutting down its device business and could perhaps focus entirely on providing security services to other platforms. Indeed, BlackBerry's Enterprise Servers are already compatible with both Android and iOS, so it wouldn't be a significant pivot. That said, Chen is bullish on trying to make the hardware business work. On stage, he showed off the new BlackBerry Priv, which isn't only the firm's first ever Android product, but also BlackBerry's first ever device that uses an operating system that isn't its own.

The Priv, Chen says, stands for privacy and privilege. It addresses three key factors that Chen believes is necessary for BlackBerry to succeed. First, is that he believes BlackBerry needs to go cross platform and accommodate all ecosystems. Second, the Priv helps to solve the lack of apps that BB10 has historically been plagued with. And thirdly, it leverages BlackBerry's strength in security solutions, which is something that Chen says he'll never let go of.

"We want to bring the BlackBerry security knowhow to Android," he said, adding that the Priv will likely be one of the most secure Android phones on the market, with possibly only the Blackphone being equally or more secure. He also acknowledged the strength of Samsung Knox, which he says is a good competitor in the mobile security space. Of course, what with recent Android vulnerabilities like Stagefright and so forth, he can't guarantee complete security, but he said "We'll be more resilient than everybody else." He says the Priv will be available later this year at a comparable price to other high-end smartphones.

Even though he says that BlackBerry's hardware business is in a make-or-break phase, he is confident that it'll succeed. "Android in the enterprise is a very underserved space," he said. "With our connections, our accounts, our security knowhow, this has expanded our market." He also isn't ready to give up on BB10, which he says is even more secure. Indeed, he says there'll be two new BB10 releases coming up. As for new BB10 devices, that "will be dictated by market needs." He said that BlackBerry is still widely used in government and other arenas that require higher security. "The market wants privacy and security, and they also want apps," he said about the Priv's marketability.

Answering a question on whether his audience is a consumer or enterprise one, he says it's anyone who wants high-end productivity and security. "I'm building a software business that focuses on endpoint security. My audience goes beyond just enterprise," he said, adding that it also involves hospitals, banks, government agencies and consumers too. "We're focusing on the high-end," he said.

In this article: blackberry, codemobile, codemobile2015, johnchen
All products recommended by Engadget are selected by our editorial team, independent of our parent company. Some of our stories include affiliate links. If you buy something through one of these links, we may earn an affiliate commission.