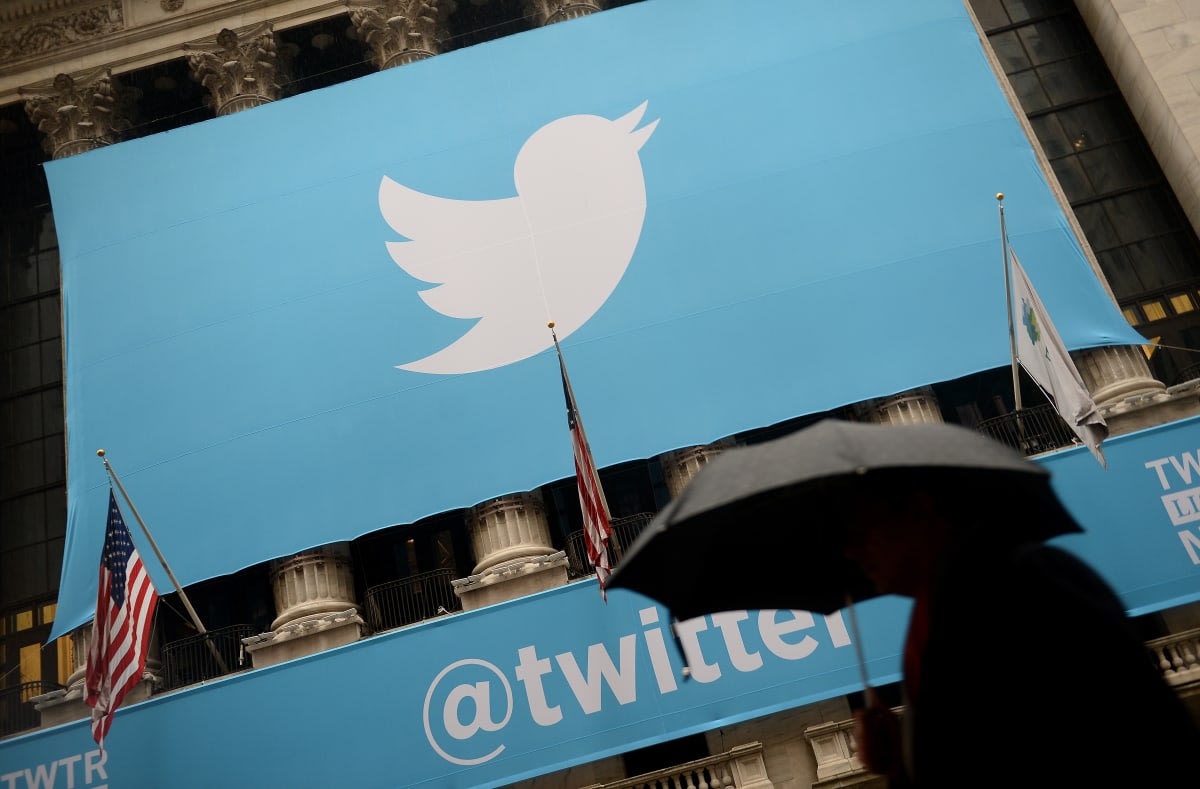 A lot has happened in the land of Twitter in the last few months. It has a new CEO (who really isn't so new) in Jack Dorsey, who wasted no time in shaking things up in a quest for more users and, of course, more money. Since the last earnings report, Twitter has made a number of announcements towards that end: a curated Moments feed, tweet collections, polls, an updated OS X app and, well, more ads. There's also talk that Twitter will try to be much more user-friendly going forward and might even perhaps do away with its 140-character limit. Which all sounds rather encouraging, but as the latest Q3 financials show, things aren't quite so rosy just yet: It registered just 320 million monthly active users in the last quarter, which is 11 percent growth over this time last year and only a marginal increase over the 316 million in the previous quarter.

As for income, Twitter's Q3 revenue was $569 million, which is up 58 percent year over year, but the company still remains firmly in the red due to a net loss of $132 million. In the release, Dorsey said: "We continued to see strong financial performance this quarter, as well as meaningful progress across our three areas of focus: ensuring more disciplined execution, simplifying our services, and better communicating the value of our platform. We've simplified our roadmap and organization around a few big bets across Twitter, Periscope, and Vine that we believe represent our largest opportunities for growth." It's clear that while Twitter is successful at earning more money (likely due to new ad opportunities), it's still struggling at attracting new users across its different products.

Update: During the call, Dorsey said that while Twitter had 320 million monthly active users, around 800 million people use Twitter owned properties (that includes Periscope and Vine) every month. The company is also very bullish on the power of Moments in drawing new users. Because it sidesteps the traditional reverse chronological order of the Twitter timeline and introduces human curation into the mix, Moments is touted as a way to make Twitter much easier to understand.

He called out a few recent notable Moments, which include the Blue Jays defeating the Rangers in the ALDS and the Washington Post's coverage of Paris Fashion Week. These Moments are designed to capture user attention "right when they get into Twitter," Dorsey said. Moments will expand beyond the US later this year.

Another issue that Dorsey is facing head on is to better communicate Twitter's value to the public at large. In order to do that, Twitter will be launching an integrated marketing campaign. Twitter's first national TV ad will debut tonight during the World Series and the rest of the campaign will roll out the rest of the year and into 2016. That TV ad is expected to showcase Moments, which, as we mentioned earlier is designed to entice new users.

New COO Adam Bain also mentioned the recent growth of video (and, in turn, video ads) -- native video views on all of Twitter's platforms is up by around 150 times in recent months, and apparently a lot of those people aren't just watching video, but watching them all the way through.

As for the future, Dorsey hopes to make Twitter even friendlier by making it easier for users to follow conversations and even look into enriching customer service by connecting brands to consumers. To end the call, he said that he hopes to "ship faster and ship more meaningful things." 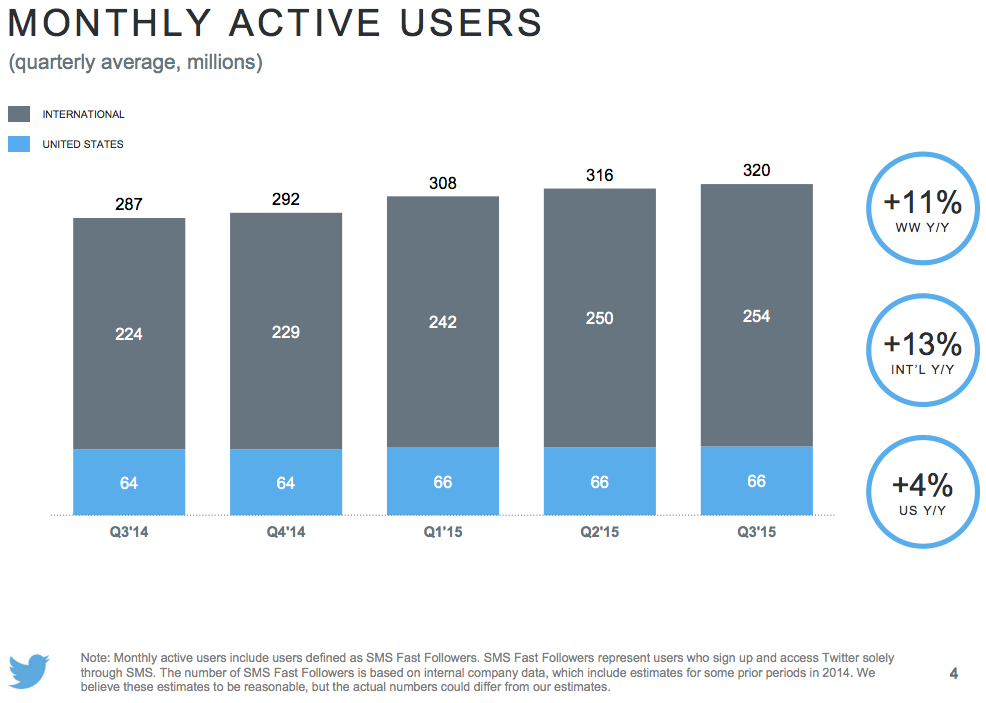 In this article: earnings, financials, twitter
All products recommended by Engadget are selected by our editorial team, independent of our parent company. Some of our stories include affiliate links. If you buy something through one of these links, we may earn an affiliate commission.