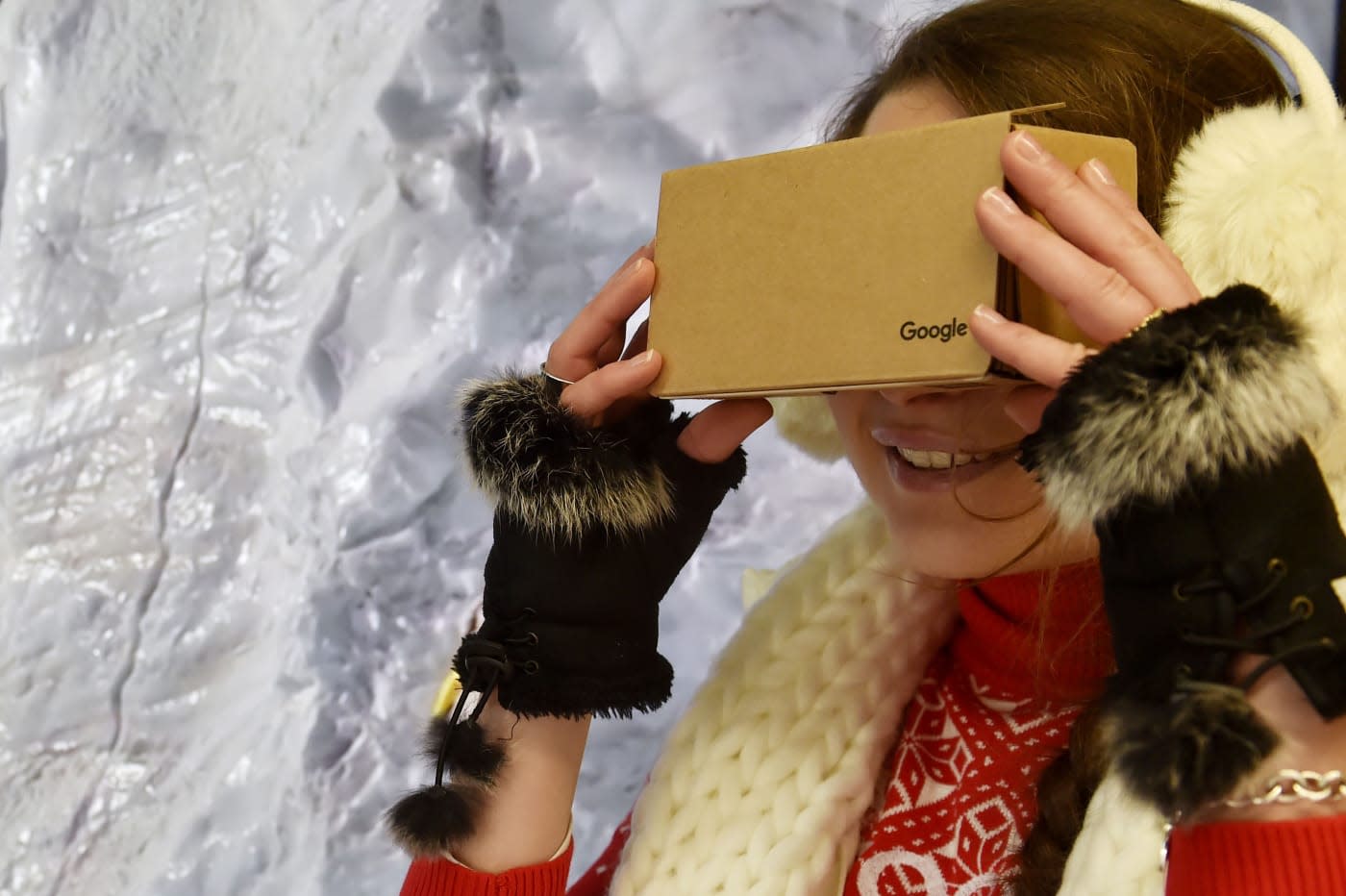 There were hints that Google was interested in making virtual reality hardware, and now some of the first details of that gear seem to be trickling out. Financial Times sources claim that Google's first true VR headset is effectively a more open rival to Samsung's Gear VR -- you slot in a phone from your brand of choice into a plastic housing that has its own movement sensors. It's miles above Cardboard, according to the tip. If the leak is accurate, you'd see it arrive sometime this year... alongside software that could be just as (if not more) important to the experience.

The same insiders claim that Google is baking VR into Android itself, rather than relying on third-party apps like Cardboard does today. This wouldn't just make support easier, but would fight common VR problems like lag -- the smaller the delay, the less likely you are to be nauseous after a prolonged session. Google hasn't confirmed either the Android VR support or the hardware, but it wouldn't be shocking to get at least a sneak peek at this technology at Google I/O in May.

In this article: android, cardboard, gear, google, headset, mobile, timeline16vrgear, virtualreality, vr, wearable, wearables
All products recommended by Engadget are selected by our editorial team, independent of our parent company. Some of our stories include affiliate links. If you buy something through one of these links, we may earn an affiliate commission.