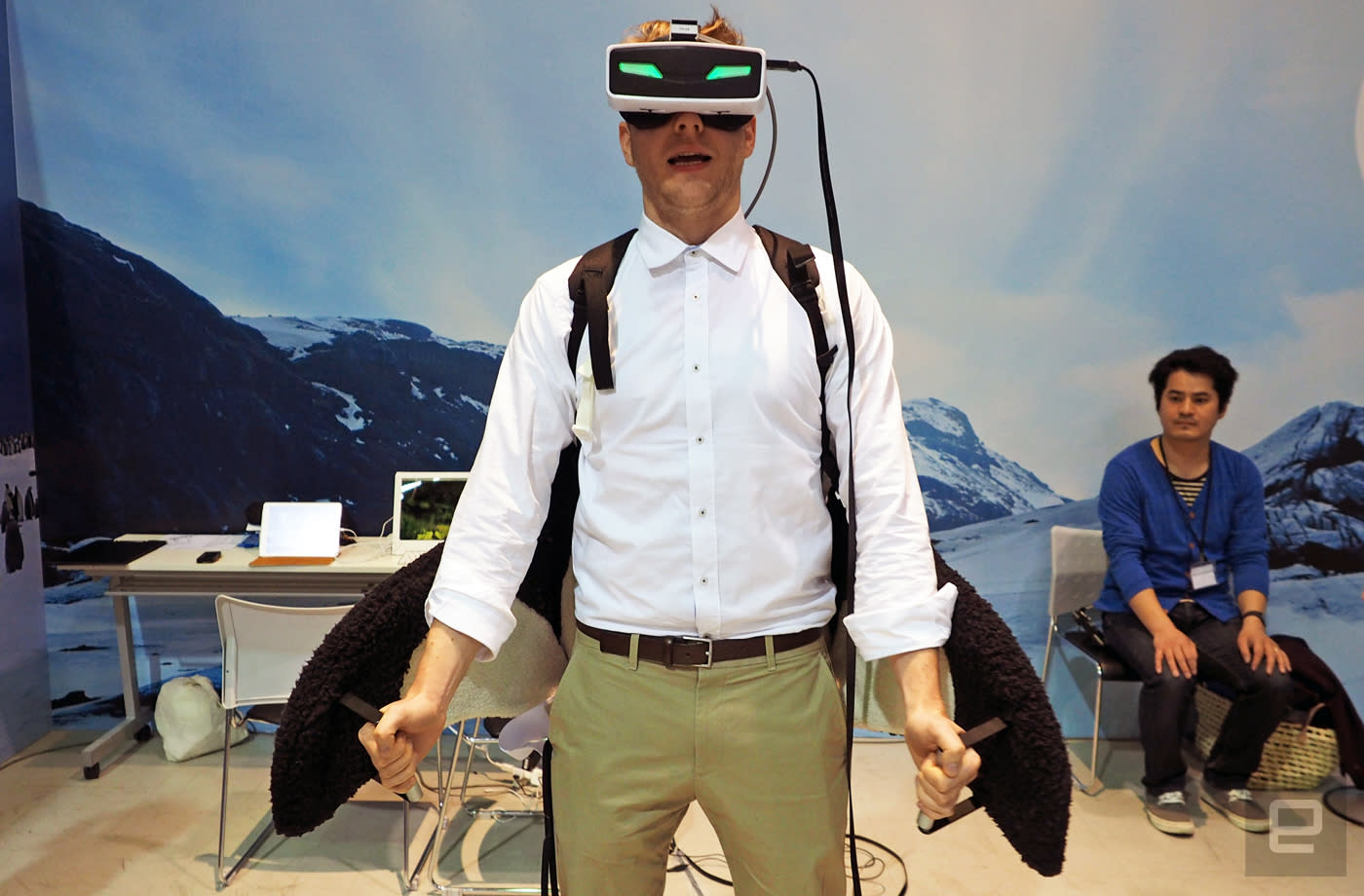 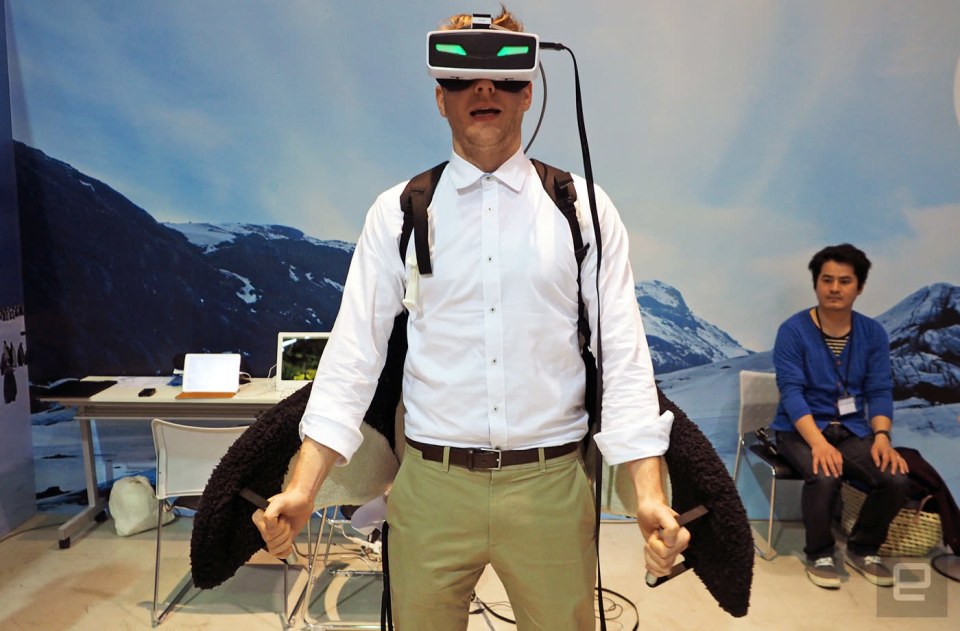 This week in "People Looking Awkward in VR tech" features me in a headset and giant, fluffy, penguin wings. Part of a VR showcase touching on the potential applications of what everyone's talking about, this is an elaborate penguin robot controller. A penguin bot, located miles away, floating in an aquarium tank, will flap its fins when you do, so once you get the rhythm down, you can swim like a penguin. (And make a robot do the same -- if connectivity holds.) The wings/fins/controller is covered in a fleece material and, alongside the head-mounted display, you get strapped into it before the fun starts. The company running the event, Recruit, is supporting a university student team, TryBots. The students had already built a functioning penguin robot, and with Recruit's help, have added cameras and these fleece remote controls.

Because it's a sensation we haven't experienced, it cleverly avoids the pitfalls of still-developing VR tech.

Behind the facade of adorable penguins, this is a telexistence demo -- the real-time sensation of being at a place other than where he or she actually exists as well as being able to interact in that environment. However, unlike other demos we've seen that try to broadcast a human presence, here you're a penguin. Swimming in water, trying to chase a yellow fish. As is de rigueur for HMDs, you can swing your head around to take a look at the entire aquarium. (Fortunately, there's no real, actual penguins for me to bump into or freak out.) Because it's a sensation we haven't experienced, it cleverly avoids the pitfalls of still-developing VR tech. And because you're "swimming" in water means response times matter slightly less, and the tension built into the wings as you flap them offers resistance, whether it's accurate or not. Without anything similar to compare the experience to, it feels less jarring than other VR setups that can be easily compared to real-life ones -- like riding a bike.

There are gyroscopes built into the wing unit mean that steering is done by arching your body, and your movement path is similar to a jet fighter, curving through the water. You can also flap a single wing but I didn't progress much when I tried... and possibly why penguins use both.

In this article: culture, gadgetry, gadgets, internet, penguin, penguinrobot, penguins, robots, science, telexistence, VirtualReality, vr
All products recommended by Engadget are selected by our editorial team, independent of our parent company. Some of our stories include affiliate links. If you buy something through one of these links, we may earn an affiliate commission.