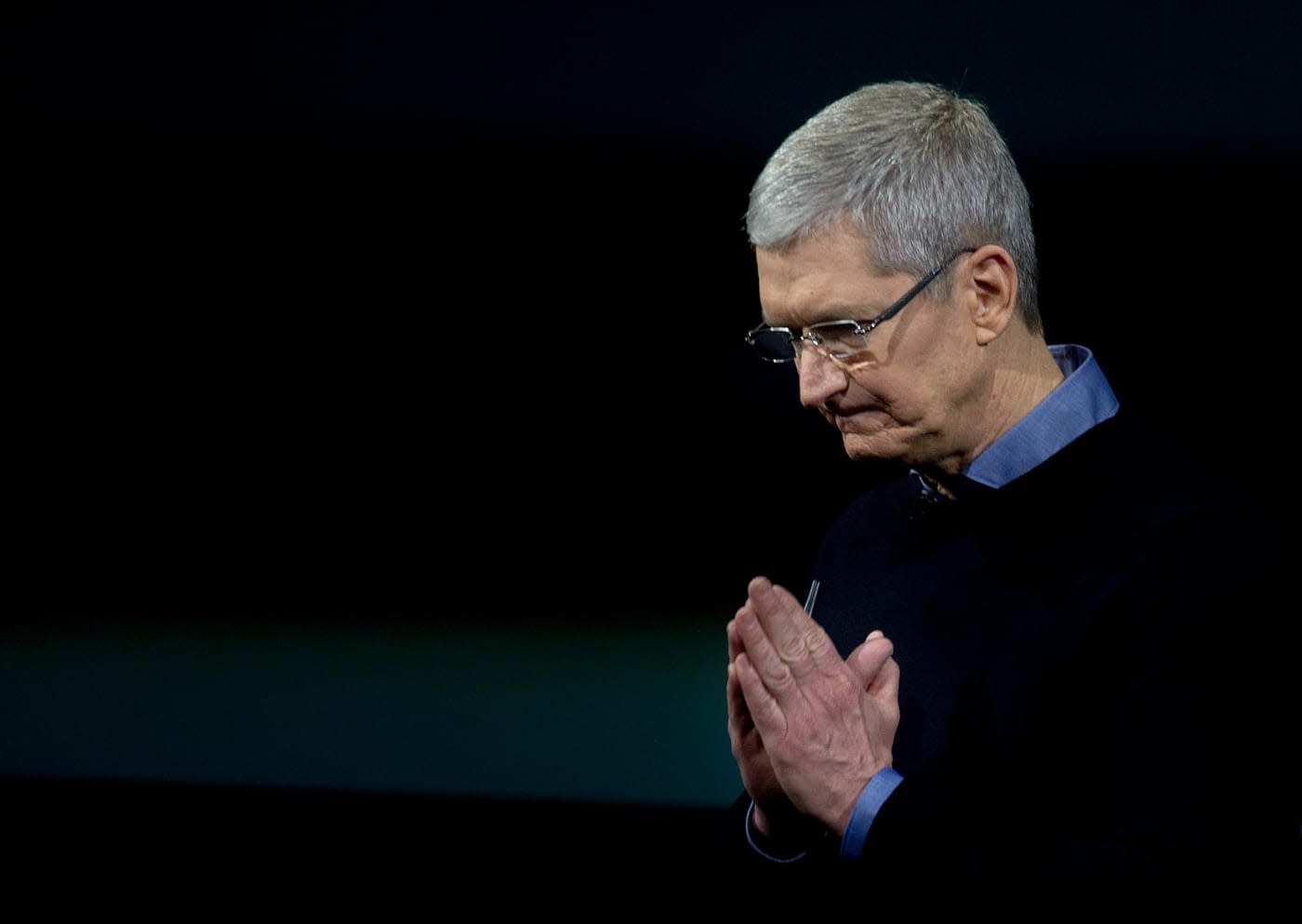 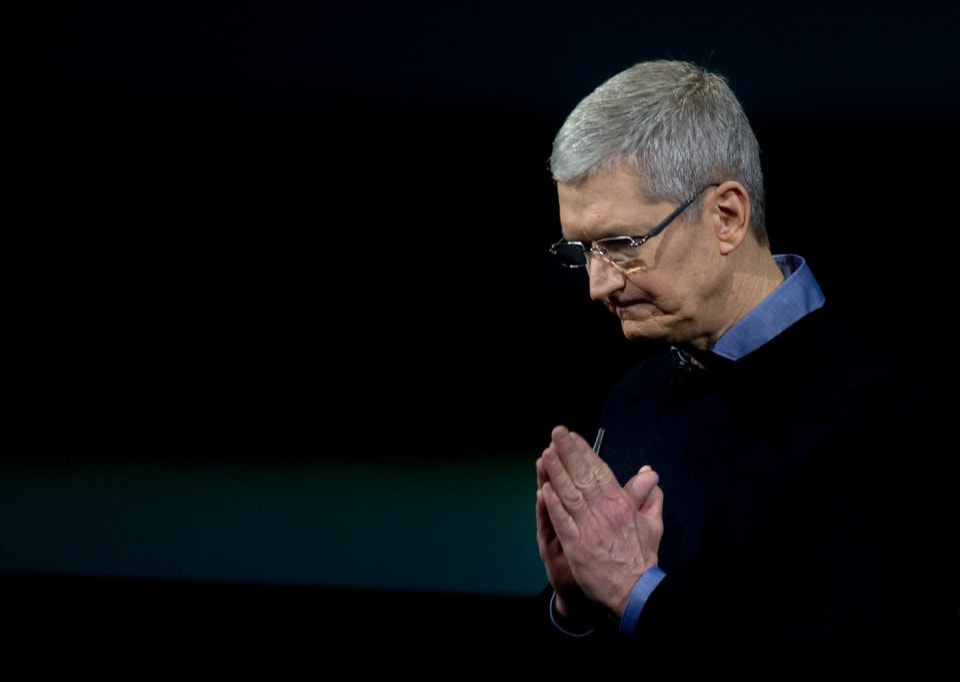 Even though Apple warned us the decline was coming, yesterday's news that iPhone sales dropped for the first time ever was still noteworthy. Correspondingly, Apple's revenues dropped for the first time in 13 years, and investors responded as you'd expect. The company's stock dropped from just over $104 at the market close to $96 when the markets opened this morning. And it's not a blip either: Apple is forecasting another decline next quarter.

It's the end of a historic streak for what's still the most valuable company in the world. And despite how Wall Street is reacting to the news, it's important to remember that Apple's dominance remains unchallenged. The company made more revenue in the last quarter than Google and Microsoft combined. Put simply, every company in the world would kill for the "problems" Apple is having right now.

That doesn't mean it isn't worth asking what's next for Apple. Despite the company's historic success, it's not immune to the challenges plaguing the rest of the industry. Today IDC said that worldwide smartphone growth has flattened, and Apple has indeed felt that pain over the past two quarters. Earlier this month, IDC also reported that worldwide PC shipments declined 11 percent, though Apple's Mac and iPad sales saw an even sharper decline this past quarter. Short of finally slapping a touchscreen on a MacBook, there's not a ton the company can do that'll grow sales. Meanwhile, iPad sales have slid for nine consecutive quarters now. Apple isn't doomed, but given an increasingly saturated smartphone market and continued weakness in the PC industry, how the company will return to growth isn't exactly clear. The Apple Watch is making money, but it'll be tied to the success of the iPhone for the foreseeable future and it's ultimately still a luxury accessory. The billion-plus Apple users who are growing the company's services business is a success story, but the company still operates within a product category dependent on hardware.

As is often the case with Apple, it's helpful to think about emerging technology as a guide to what the company might tackle next. After all, its biggest hits are usually refinements of existing product categories. Virtual reality is perhaps the most obvious place for it to turn. CEO Tim Cook said on Apple's earnings call in January that he didn't think of VR as a niche and felt it was "really cool and has some interesting applications." A few days later, the Financial Times revealed that the company has a huge, secret team working on augmented and virtual reality projects.

"In terms of VR, I don't think it's a niche. It's really cool and has some interesting applications." — Tim Cook

It remains to be seen if VR will be the next significant hardware category that Apple breaks into. The Oculus Rift has just finally gone on sale, and it'll be a while before we get a sense of whether mainstream users will be willing to shell out several hundred dollars for VR devices and compatible content. But all of the company's rivals, including Facebook, Google and Microsoft, already have a stake in VR. It's possible that Apple believes it's a fad that won't lead to sustainable financial success, but Cook's public comments suggest otherwise. Other categories that Apple could enter in a bigger way include autos and the smart home. While I don't see Apple releasing its own car anytime too soon, there's a lot more it could do beyond CarPlay in terms of its software partnership with automakers. A system that didn't require you to jump back and forth between CarPlay and the car's default interface would be a good start. And with the smart home landscape cluttered, overly complex and relatively unproven, an Apple home security setup could make a lot of sense. Cameras, locks and lights that work well with your iOS device and Apple Watch could give Apple its first foothold in home automation.

Whether it's VR or some other product category we haven't thought of yet, it's clear that the pressure for Apple to find another unqualified hit is going to start mounting soon. A few years ago, there was similar chatter that Apple was stagnating, an opinion that I felt was rather foolish. Apple launched the iPod, iPhone and iPad in the span of 10 years, all while refining the Mac to make it far more competitive than it was at the beginning of the century.

That's a pretty impressive run, and the idea that the company will drop iPhone-level hits every couple of years is not realistic. The surprising success of Apple's services business, now its biggest product category behind the iPhone, will help buoy the company in the interim. But Apple is first and foremost a hardware category, and it's now been years since the company has had a new hit on its hands; the iPad business hasn't proved to be a sustainable driver of growth, and it's probably fair to call the Apple Watch a "hobby" at this point. It's too early to say that Apple is in trouble, but if we check in again 2 years from now and Apple hasn't found a new hardware success story, the company's outlook could be a lot different.

In this article: apple, appleearnings, applefinancials, business, editorial, gadgetry, gadgets, gear, internet, services
All products recommended by Engadget are selected by our editorial team, independent of our parent company. Some of our stories include affiliate links. If you buy something through one of these links, we may earn an affiliate commission.