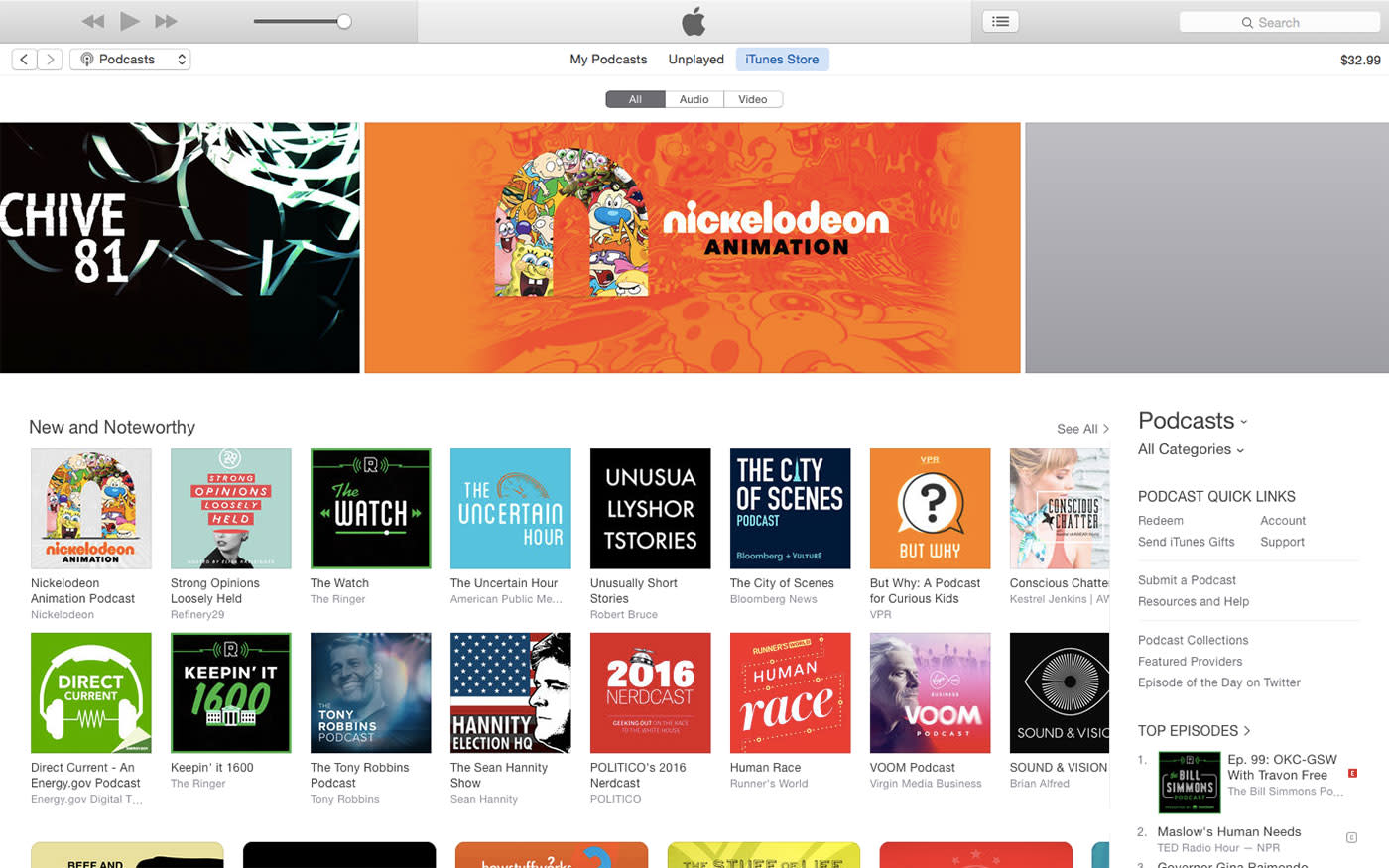 Apple is still trying to figure out how to improve the usability of iTunes. Today, the company released an update that tweaked the interface a bit, adding a sidebar and media selection tool that make navigating through libraries a bit easier. That sidebar menu is the biggest and most useful change, bringing back a UI feature from older versions of the app. From there, you can easily edit playlists, drag and drop songs to build playlists and hide or expand parts of the menu.

There's also a media selection drop-down up top that allows you to jump from music to movies, TV shows, podcasts and more. That change doesn't really simplify things, it just hides the category icons that used to be always visible in menu that displays one at a time. It does tell you exactly what items you're looking at with a glance.

One issue that hasn't been fixed is where to find Apple Music. There's no menu item specifically labeled for the service, but instead its pieces are separated in tabs For You, New and Connect in iTunes. While reports indicate that Apple Music's app is in for a major redesign at WWDC, we'll have to wait and see if that includes how you use the service on the desktop. We'd surmise that Connect tab won't be around much longer, though, as the social features don't appear to be very popular.

Today's update to version 12.4 also mentions the usual generic bug fixes and performance improvements, but doesn't specifically list the file-deleting bug users have discovered in iTunes. Apple confirmed the issue late last week and said that it was working on a patch to fix the issue. We've reached out to the company for confirmation on whether on not the problem has been resolved and we'll update this post when/if we hear back.

In this article: app, apple, audio, av, design, entertainment, files, itunes, library, music, services, software, ui, update
All products recommended by Engadget are selected by our editorial team, independent of our parent company. Some of our stories include affiliate links. If you buy something through one of these links, we may earn an affiliate commission.