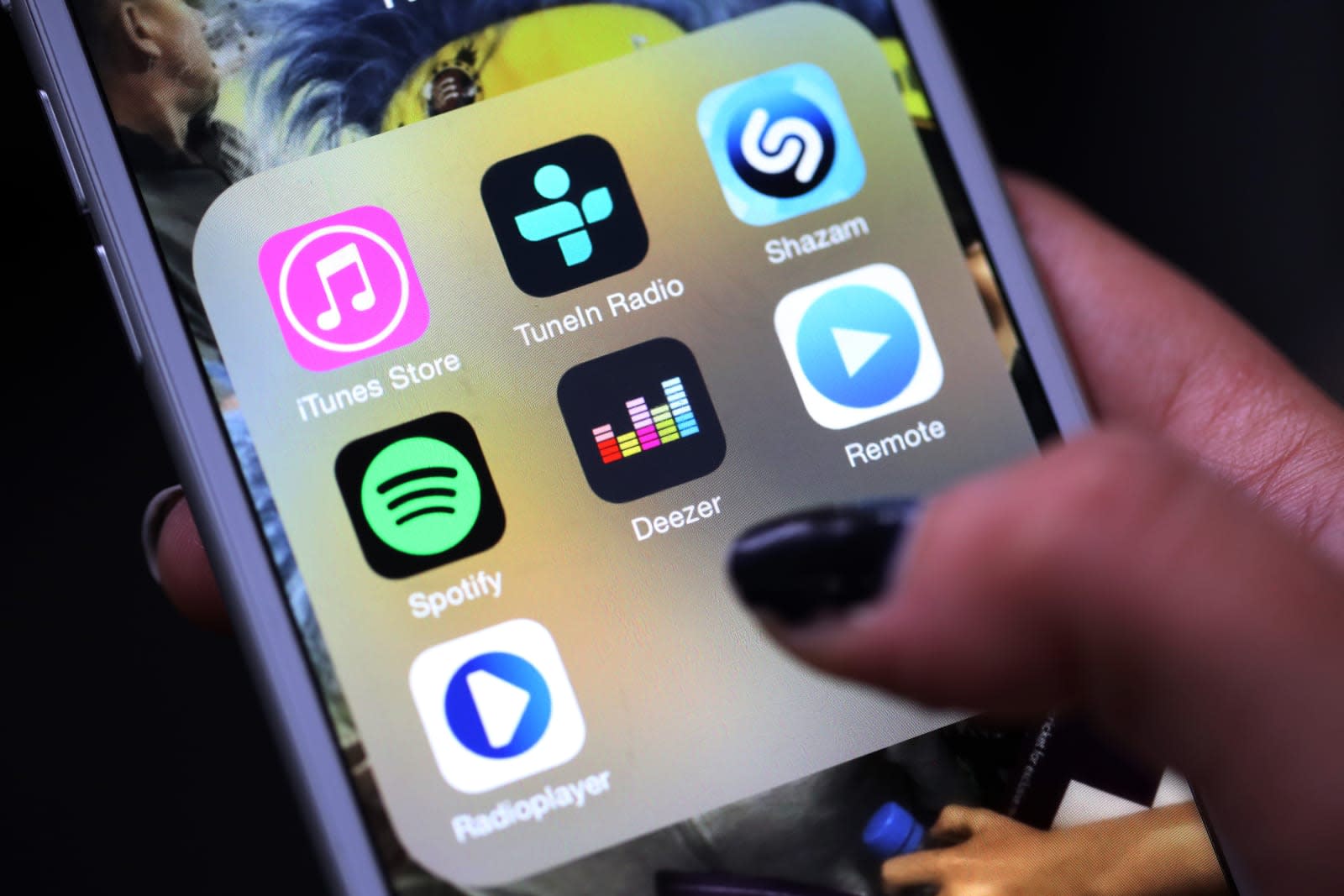 Before now, if you wanted to subscribe to Deezer in the US, you needed to own Bose or Sonos audio gear or be a Cricket customer in order to do so. Just over a month after the streaming service shed podcast app Stitcher, it's opening up the $10 monthly streaming plan to all users in the States. While Deezer offers both free and paid tiers in other countries, the monthly subscription will be the only way for US users to listen when the 30-day trial runs out. Paying up will also get you access to podcasts (still driven by Stitcher) and features like Flow, a personalized station of tunes based on what you've been listening to recently.

Deezer has been around for years at this point, amassing over 6 million users around the globe. The company only dipped its toe in the US market though, with deals that offered service to owners of specific speaker brands. Speaking of which, the $20 high-resolution streaming plan will remain exclusive to folks who have a Sonos setup for the time being.

6 million users isn't a small number, but it's less than half of what Apple claims and a fifth of Spotify's total in terms of paying customers. It will certainly be an uphill climb for the service after Rdio closed up shop, Pandora is prepping to leverage the pieces and Apple is rumored to be interested in Tidal. Deezer recently revamped its discovery features, tools that have grown in popularity for both Spotify and Apple Music. However, at a time when it seems like streaming services are consolidating, Deezer's chief international officer Gerrit Schumann told TechCrunch the company isn't looking to sell or make another purchase to pad its user total.

"Right now we're well set up to grow on our own," Schumann said. "In our past we made smaller acquisitions here and there, but it's about growing organically now."

Update: This post has been updated to clarify that Cricket Wireless customers were also able to use Deezer in the US before today's wider launch and that Deezer Elite's high-resolution streaming is still exclusive to Sonos speakers.

In this article: audio, deezer, entertainment, music, musicstreaming, services, streaming, subscription, us
All products recommended by Engadget are selected by our editorial team, independent of our parent company. Some of our stories include affiliate links. If you buy something through one of these links, we may earn an affiliate commission.