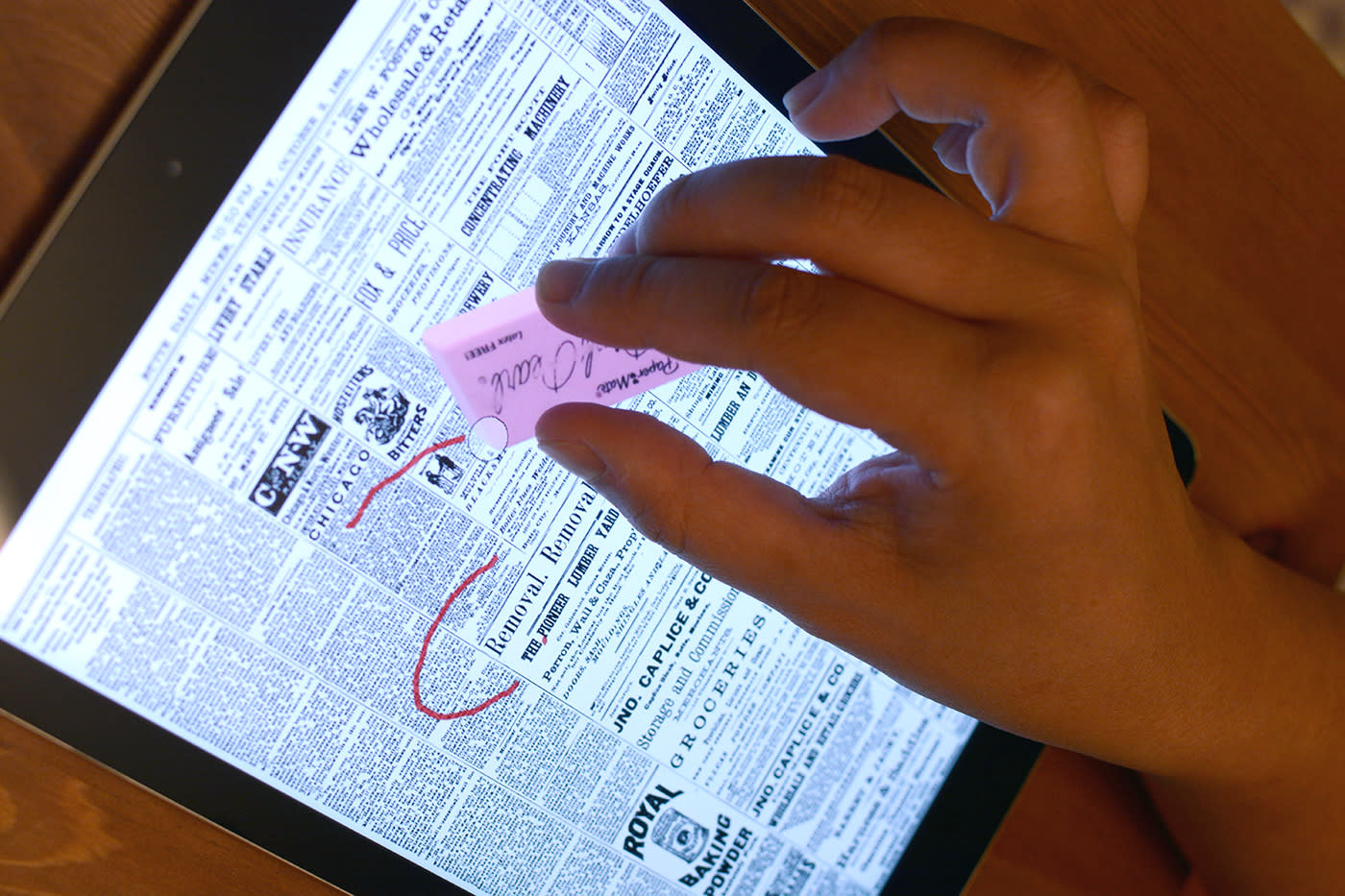 Multitouch input, as we know it, is mostly for scrolling, rotating plus zooming with two fingers, and you can use more to toggle various actions on supported trackpads. But if you ask Mountain View-based Qeexo, we've only scratched the surface of this technology. Over the past couple of years, this company had been working on a software solution dubbed TouchTools, which can let you bring up virtual tools such as a pen, an eraser, a camera, a tape measure, a ruler, a magnifying glass or even a mouse using intuitive multitouch gestures. Many of these resemble the way you'd hold the real thing which is where the challenge lies, yet TouchTools works on all existing hardware that use a standard multitouch screen controller, which should appeal to device manufacturers.

Without giving away his secret sauce, Qeexo CEO Sang Won Lee explained that TouchTools uses just multitouch data plus machine learning to tell the pose of one's hands. "It's not just the number of fingers on the screen; just those data will not be enough to decide which tool to use. We need to understand the orientation [of fingers] and size [of fingertips]." After going through multiple stages of evaluations earlier, the result is a lightweight software engine that claims to accommodate 99 percent of users right out of the box, and it's now available to OEMs plus app developers.

TouchTools isn't limited to just smartphones and tablets. Lee reckons his software will be particularly handy for large interactive whiteboards, as it'll save users from having to stretch all the way to a virtual toolbar or fiddle with a stylus. Similarly, it can be applied to digital signage for some fun advertisements. The exec also expects car makers to implement TouchTools on the dashboard touchscreen to let the driver control, say, the temperature or audio volume using knob rotation gestures -- they could be differentiated with the size of the spread. As for app developers, Qeexo is offering integration into downloadable apps as well, so you don't have to be a manufacturer to take advantage of this software.

Even though you may not be familiar with Qeexo, you may have already used its other solutions without you realizing it. For instance, the company's more famous product, FingerSense, is already implemented on Huawei's P9 series, Mate 8, Mate S, P8 series, Honor V8 and Honor 7. Here it's branded as "Knuckle Sense" and lets you take a screenshot by knocking on the screen twice (I'm a big fan of this feature on my P9 Plus), or launch an app by using your knuckle to draw a designated letter, or toggle split screen mode by using your knuckle to draw a line across the screen. Again, this is achieved by using existing hardware -- just data from the touchscreen controller plus the accelerometer -- in order to distinguish between a fingertip input and a knuckle input. FingerSense has been working well for me all this time, which should be a reassuring sign for the upcoming TouchTools.

In this article: fingersense, gadgetry, gadgets, gear, huawei, input, mobile, multitouch, personal computing, personalcomputing, qeexo, SangWonLee, software, touchtools, video
All products recommended by Engadget are selected by our editorial team, independent of our parent company. Some of our stories include affiliate links. If you buy something through one of these links, we may earn an affiliate commission.