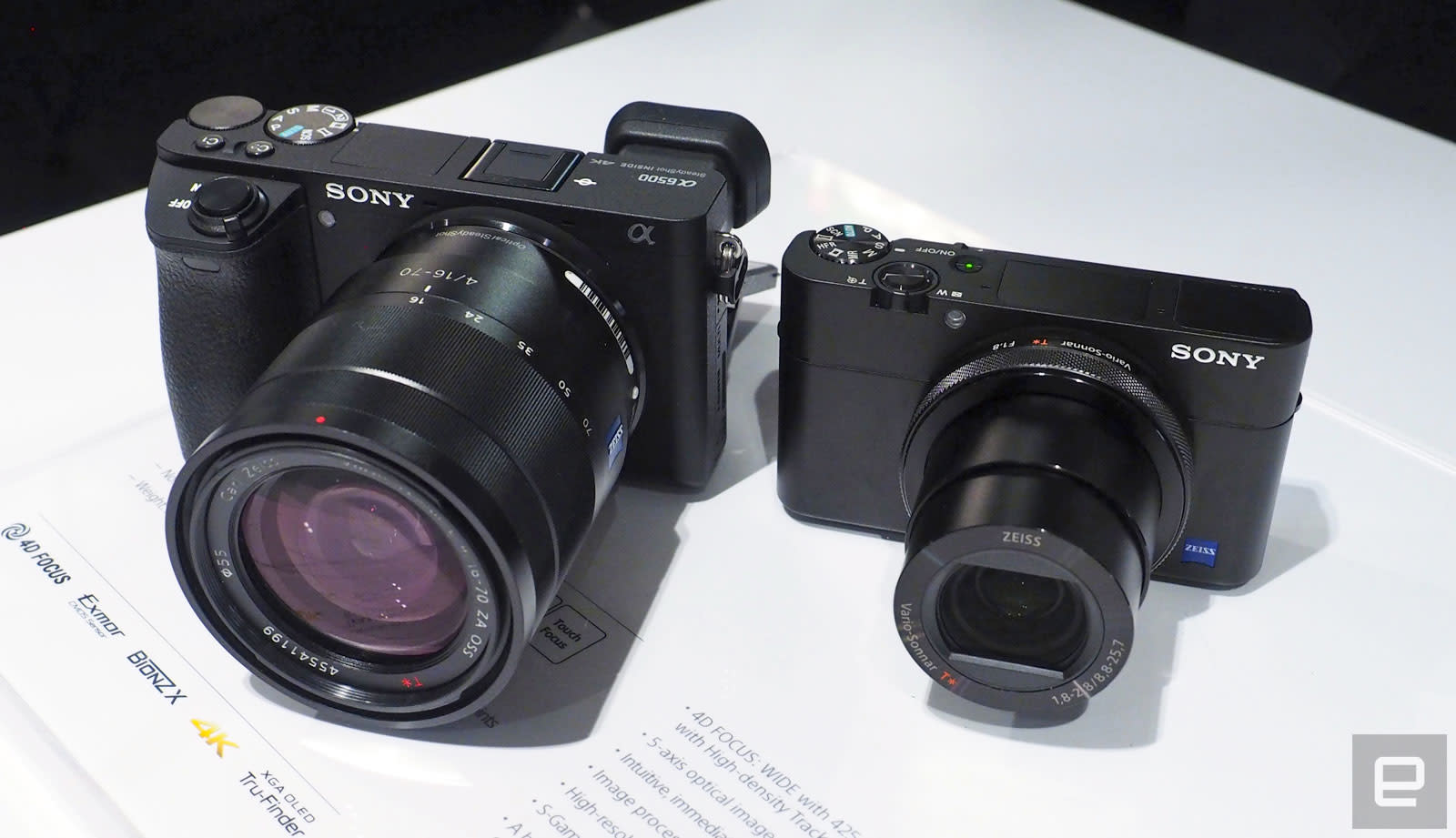 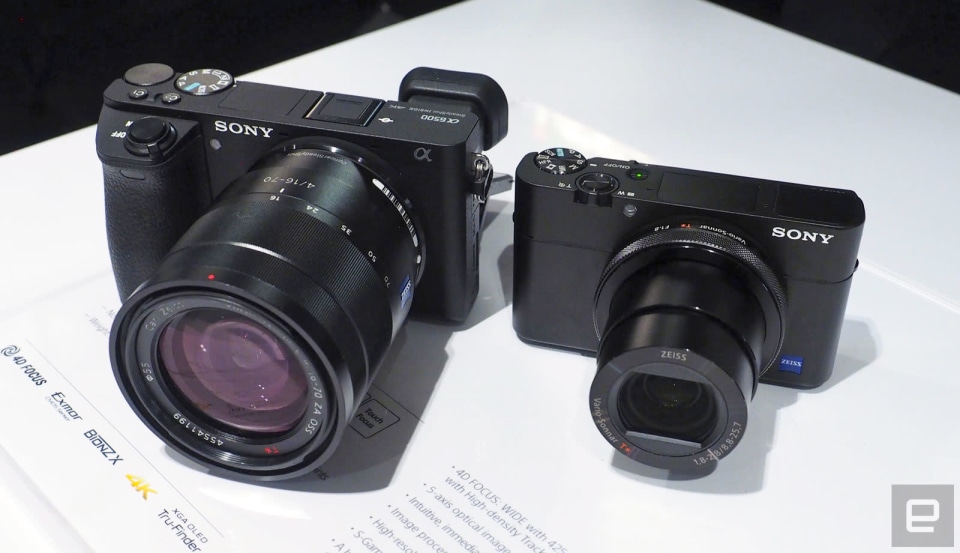 Today at an event in New York City, Sony revealed its latest compact cameras, the A6500 and RX100 V. And they have one thing in common: They're all about speed. With the A6500 flagship mirrorless, you get a 24.2-megapixel APS-C sensor with 11-fps continuous shooting, which you can fire for about 30 seconds at a time. If you do the math, that should give you a little over 300 frames in a single shutter press. The A6500 also comes with in-body 5-axis image stabilization -- a first for an APS-C-sized shooter from Sony -- as well as 100-25,600 ISO (52,000 for stills). The RX100 V, meanwhile, captures RAW photos at a ridiculous 24 frames per second. That's an impressive feat for most digital cameras, let alone one that fits in your jean pocket. Sony's new high-end point-and-shoot is powered by a 20.1-megapixel 1-inch sensor and an image processor that, according to Sony, handles real-time noise reduction for every picture. Again, the theme of the day is speed, and the RX100 V's electronic shutter is capable of hitting a max of 1/32,000th of a second. Let's just say you shouldn't have any trouble taking pictures of moving subjects.

As we've come to expect from Sony, both cameras shoot in 4K (3,840 x 2,160), although the footage from the A6500 is scaled down from 6K. In theory, that should give you sharper videos all around, plus the ability to crop frames and not worry about losing quality. The RX100 V, for its part, features a 960-fps high frame rate mode, which gives you up to 80 seconds of super slow motion recordings (40x). Unfortunately, I didn't have the chance to take sample images from either camera, but we hope to be able to share more on that front in the days to come. For now, I can say that if you've ever held an A6000, A6300 or any of the RX100 models, the new cameras won't feel much different on your hands. They're lightweight and made out of metal, while the button placement remains largely unchanged.

In this article: a6500, cameras, gear, hands-on, mirrorless, mirrorlesscamera, mirrorlesscameras, pointandshoot, rx100v, sony, sonya6500, sonyalpha, sonyrx100, sonyrx100v
All products recommended by Engadget are selected by our editorial team, independent of our parent company. Some of our stories include affiliate links. If you buy something through one of these links, we may earn an affiliate commission.