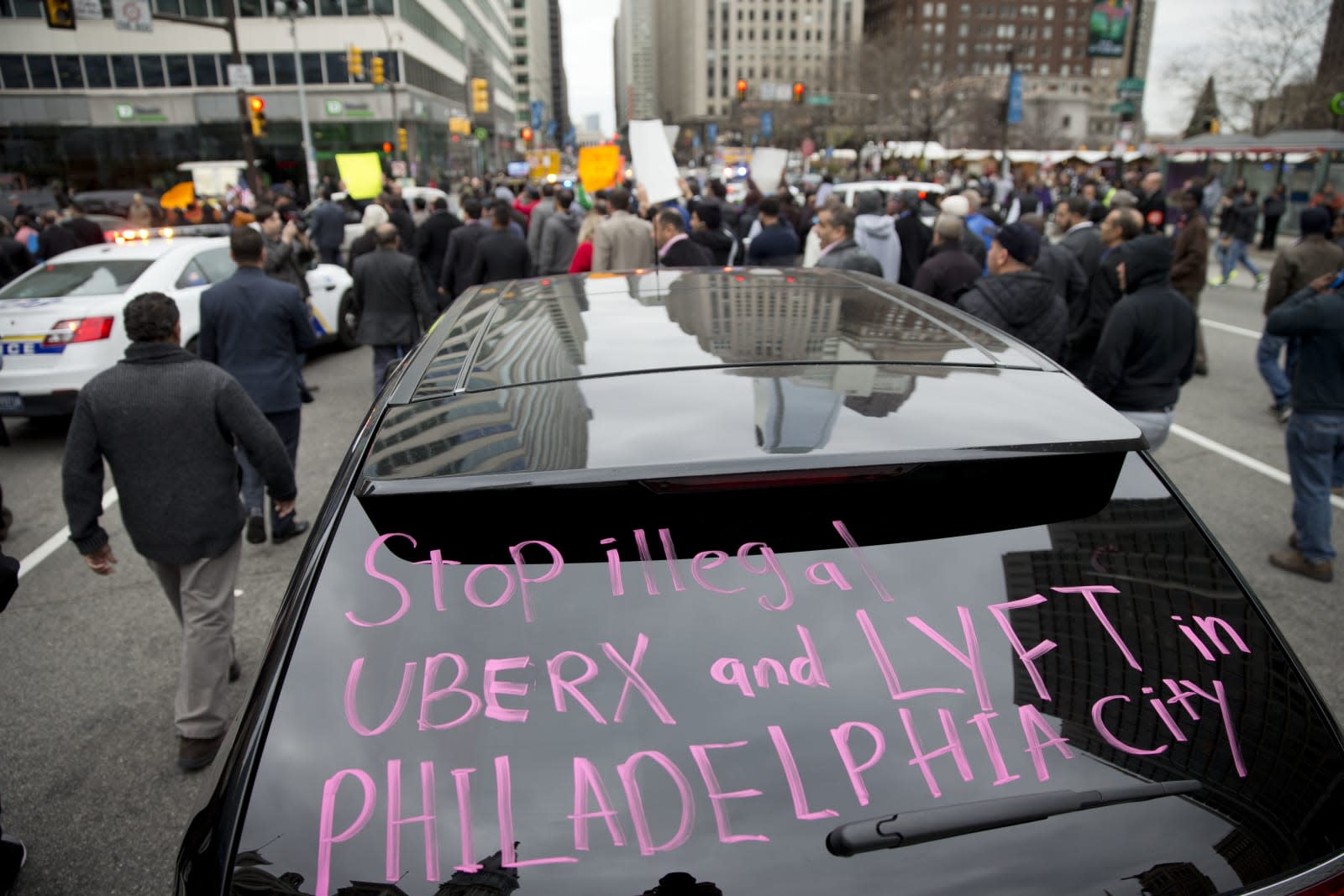 Ride-hailing companies Uber and Lyft deal with legal and regulatory issues all the time, but the battle is heating up in Philadelphia. A Common Pleas Court judge ordered the two companies to stop operating in the city yesterday, but both are still offering rides to customers today. Engadget has confirmed via the apps for both Uber and Lyft that the services are still up and running in Philly.

The injunction comes on the heels of a lawsuit filed by taxi drivers against the Philadelphia Parking Authority back in July. That suit argues that equal protections were not provided for all operators of the city's car services. It also says that ride-hailing services aren't required to adhere to the Americans With Disabilities Act like taxis do, so people with disabilities aren't being offered the same options. Neither Uber or Lyft were named as defendants in that suit.

Lyft said the hearing that led to the ban didn't involve the company and it wasn't given the change to respond to the proceedings. "Lyft was not given any notice or opportunity to be heard on this issue before yesterday's ruling," the company said in a statement to Engadget. "We are appealing the order and will continue operating in Philadelphia as the legal process moves forward. People in Pennsylvania want access to ridesharing, and we remain committed to finding a statewide solution that keeps this modern option available across the state."

In a statement to Engadget, Uber said it plans to remain operational in Philadelphia during the appeals process. "While our appeal is pending at the Commonwealth Court, Uber will remain available for riders and drivers," the statement read. "This situation makes it clear that Harrisburg needs to act: Pennsylvania must have permanent, statewide ridesharing legislation as soon as possible." Uber also explained that its authorization for uberX in the city expired on September 30th and it awaits a permanent solution from the legislature.

While the two companies wait on that decision, it appears to be business as usual while the legal process plays out. Both Uber and Lyft face another regulatory battle in Pennsylvania in a few days as the state legislature plans to discuss ride-hailing apps later this month. New regulations could override the current injunction and appeals process that resulted from the aforementioned lawsuit. Both ride-hailing companies are urging government officials to adopt a "statewide solution" as soon as possible.

Update: On Friday, October 7th, Judge Robert Simpson of the Commonwealth Court granted a preliminary injunction to Uber, eliminating the cease and desist order in Philadelphia. An Uber spokesperson provided the following statement to Engadget:

"Uber celebrates riders and drivers staying on the road in Philadelphia, but the Commonwealth still needs permanent ridesharing legislation from the General Assembly. If Harrisburg does not act in the next two weeks, hundreds of thousands of Pennsylvanians could again lose access to affordable transportation and meaningful income opportunities."

A Lyft spokesperson offered a statement as well: "We are encouraged by today's news and remain focused on working with legislators in Harrisburg to pass permanent rules for ridesharing in Pennsylvania."

In this article: business, culture, injunction, lyft, philadelphia, ridesharing, services, transportation, uber
All products recommended by Engadget are selected by our editorial team, independent of our parent company. Some of our stories include affiliate links. If you buy something through one of these links, we may earn an affiliate commission.