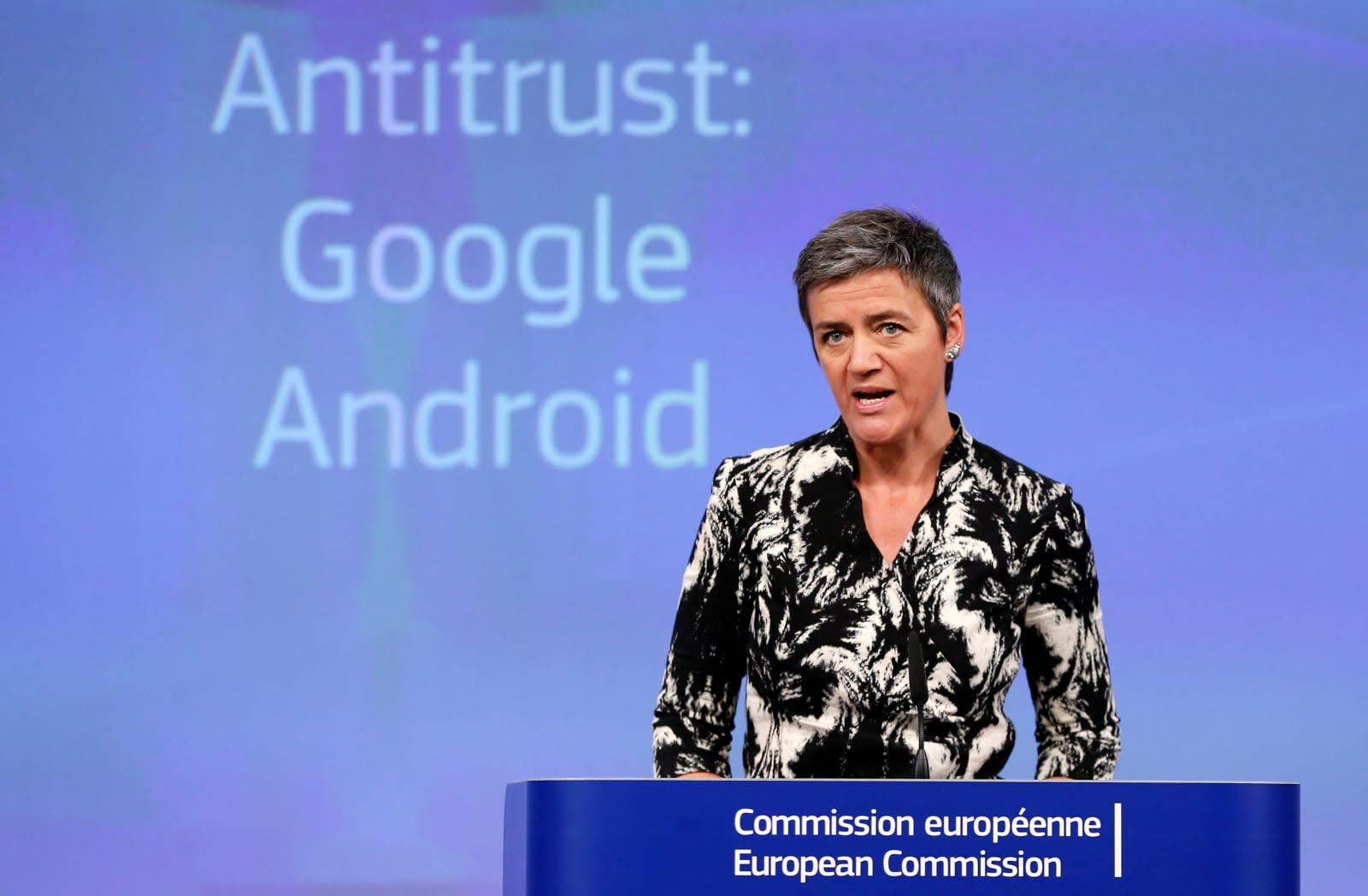 Back in April, the European Commission started its Google antitrust inquiry looking into Android development. But a few months later it broadened the probe into investigating whether the search giant abused its control of AdSense and comparison shopping results to push its own products over others. Today, Google firmly rejected the allegations as lacking evidence, stating that the EU's vision of online shopping just doesn't mesh with reality.

Where online shopping is concerned, Walker argues that it is among other websites in chasing a bigger, badder wolf: Amazon, which he states is still "by far the largest player in the field." He rejects the Commission's claim that consumers don't go to Amazon to compare product features and prices. Lastly, the EU would prefer Google not use algorithms to choose which merchant ads are relevant to consumers, replacing them instead with price comparison sites. But user activity and feedback has told the search giant that consumers don't click on them so much as the Google-suggested ads.

While the EU first opened antitrust investigations in November 2010, it only submitted a formal Statement of Objections accusing Google of preferential search results in August 2015. The search giant's rebuttal then was largely the same as now: "We believe that the SO's preliminary conclusions are wrong as a matter of fact, law, and economics."

Google also submitted a response for objections to its AdSense program, and it has until November 11 to respond to the third antitrust complaint regarding preferential Android software development. If found guilty of all three, previous claims suggest that the search giant faces up to $3.5 billion in fines. But a leaked document suggests that punishment for the Android antitrust objections could order Google to stop offering payments and discounts for pre-installing apps and add fines directly pegged to the search giant's ad revenue.

In this article: AdSense, antitrust, culture, eu, EuropeanCommission, google, internet, OnlineShopping, search, shopping
All products recommended by Engadget are selected by our editorial team, independent of our parent company. Some of our stories include affiliate links. If you buy something through one of these links, we may earn an affiliate commission.