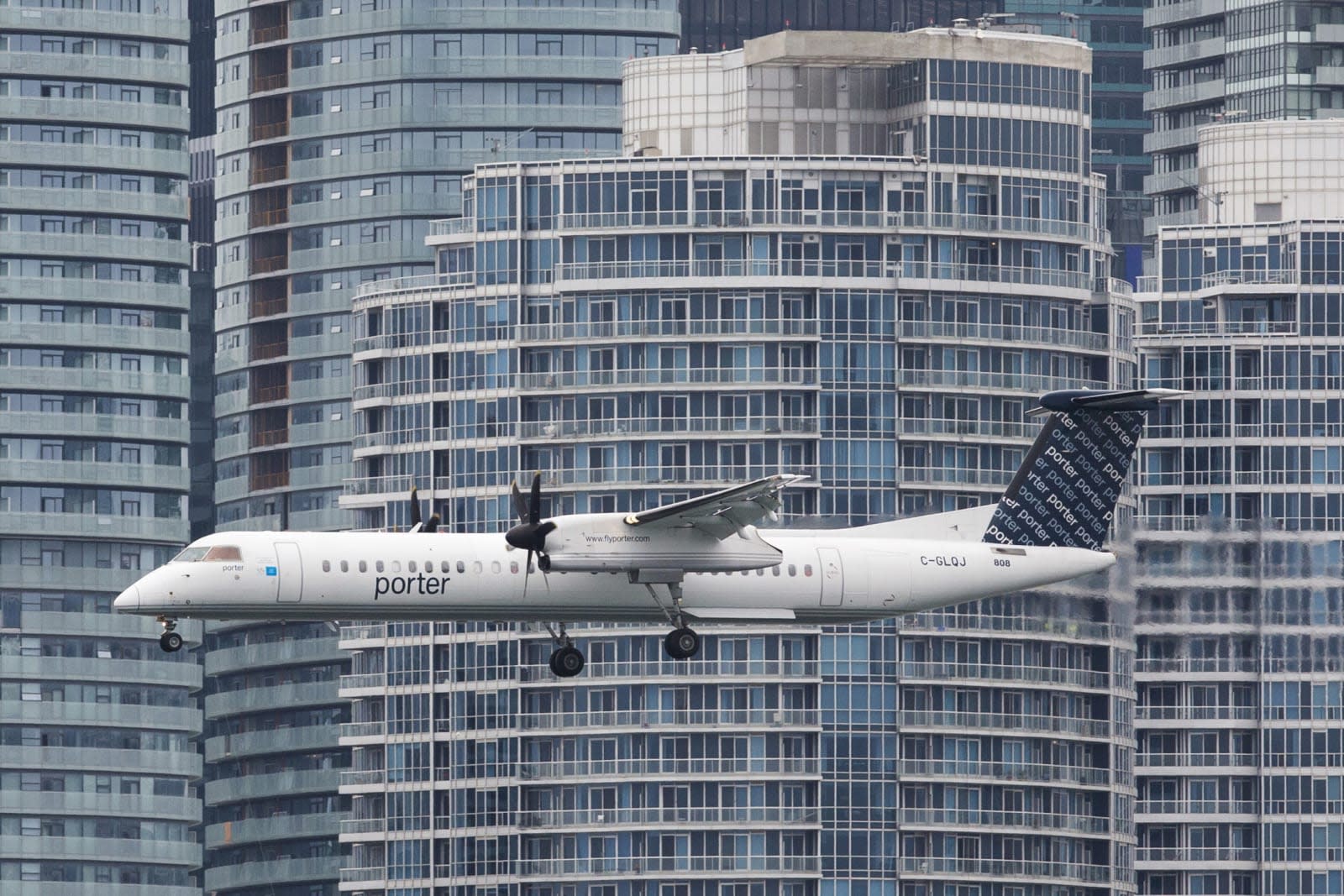 The threat of drone collisions near airports isn't just scary -- it can lead to very real injuries, even if there's no accident. Canada's Transportation Safety Board is investigating an incident where a Porter Airlines flight bound for Toronto took evasive maneuvers in an attempt to avoid a reported drone, injuring two crew members. The exact circumstances (including the nature of the injuries) isn't clear, but it took place near Billy Bishop Airport, an island hub right near Toronto's downtown core. It wouldn't have been hard for someone on the mainland to fly a drone into the path of a low-flying aircraft.

This certainly isn't the first time there have been reports of near collisions with drones, and it's possible that something else may have prompted the emergency change of course. However, the injuries could easily amplify calls for drone-finding systems at airports, not to mention anti-drone defenses. While the chance of a serious collision is slim, it's clear that even a close call can be exceptionally dangerous.

In this article: airport, billybishopairport, canada, culture, drone, gear, porter, porterairlines, robots, safety, toronto, transportation, transportationsafetyboard
All products recommended by Engadget are selected by our editorial team, independent of our parent company. Some of our stories include affiliate links. If you buy something through one of these links, we may earn an affiliate commission.