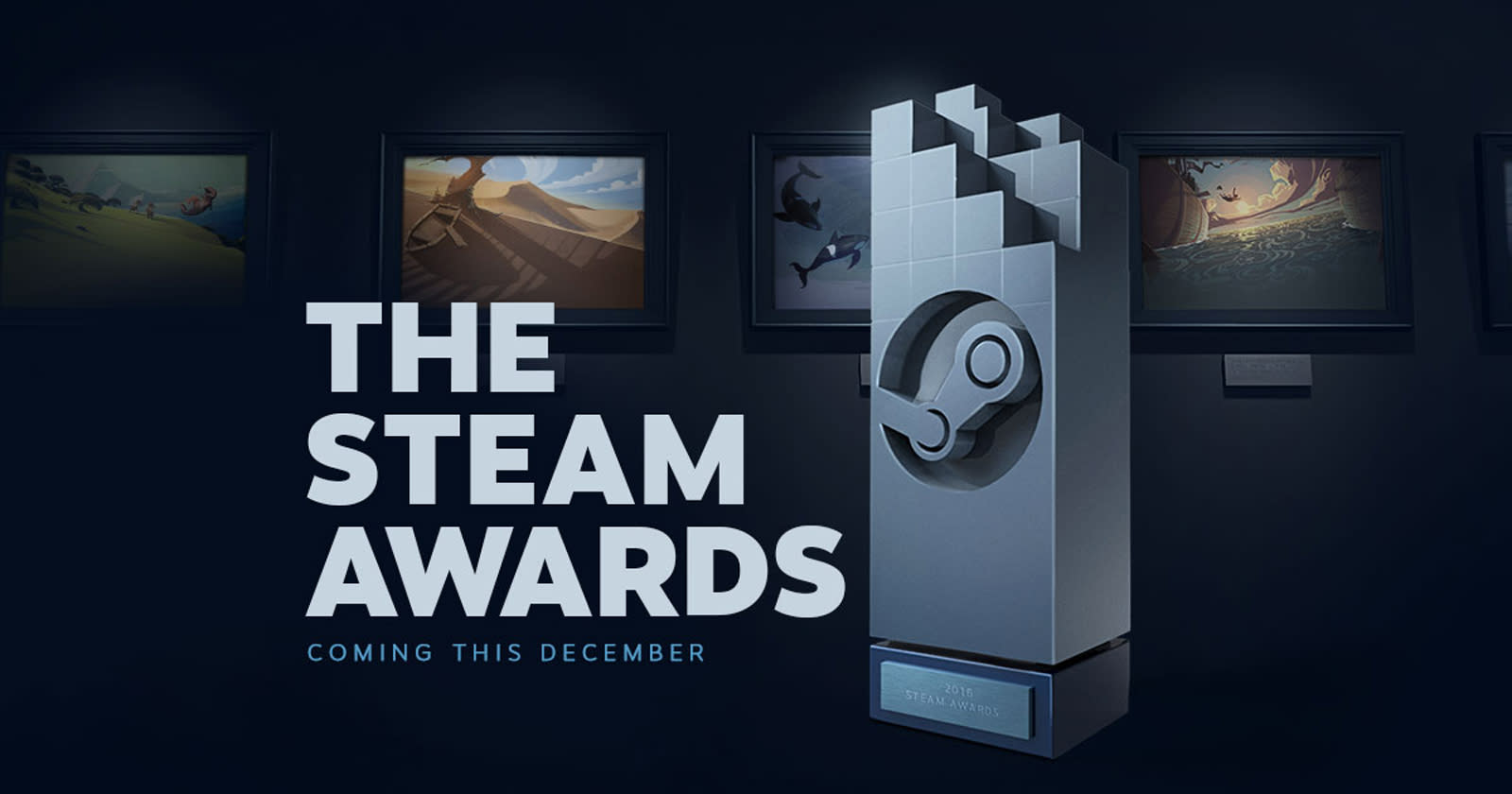 Valve doesn't want to leave game awards to others any more. The gaming giant is introducing its first-ever Steam Awards, and it's asking the community to decide on both the nominees and the winners. These aren't the usual best-in-category awards, either. It wants you to nominate titles based on everything from their addictive qualities (the "Just 5 More Minutes" award) through to the best mini games ("Game Within A Game"). You'll get experience points and badges for nominating, so you aren't just receiving a pat on the back for your time.

The nominations are open now, and the final votes will take place alongside a winter sale in December.

Valve is pairing the awards announcement with the start of its annual Autumn Sale, which runs from now through November 29th at 1PM Eastern. There are many, many games on sale (12,841, to be exact), but there are some highlights. Games in the Batman, Civilization, Elder Scrolls, Far Cry, Grand Theft Auto, Just Cause and Street Fighter franchises are all on sale, with discounts ranging from 10 percent to 92 percent -- most of those we've mentioned are over 50 percent. If you're not sure who to nominate for the awards, you'll at least have an excuse to buy some of the candidates.

In this article: games, gaming, internet, mac, personal computing, personalcomputing, sale, steam, steamawards, valve, videogames, windows
All products recommended by Engadget are selected by our editorial team, independent of our parent company. Some of our stories include affiliate links. If you buy something through one of these links, we may earn an affiliate commission.