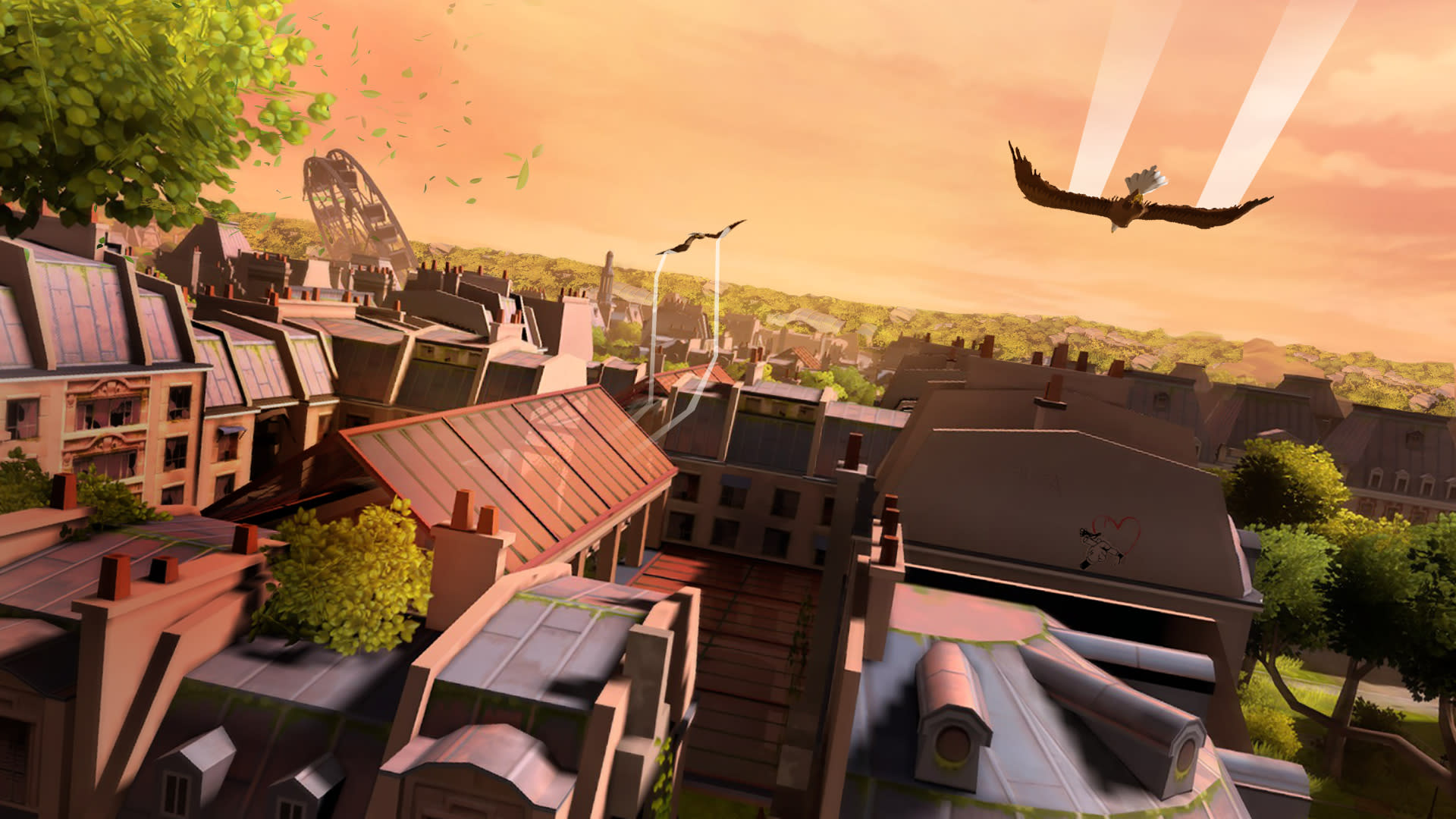 While Microsoft and Sony sort out why one person playing Rocket League on a PlayStation 4 can't compete against someone on an Xbox One, VR developers are bringing everyone together regardless of which headset they own. The folks behind Eve: Valkyrie started it and now Ubisoft is on board as well with Eagle Flight.

As of today, whether you're playing on an HTC Vive, Oculus Rift or PlayStation VR, you'll be able to join up with other eagles from around the world for multiplayer shenanigans. In the case of Eagle Flight that means more people to race against over the stylized, reclaimed-by-nature Parisian streets.

Ubisoft writes that Werewolves Within and the recently delayed Star Trek: Bridge Crew will support cross-platform play out of the box as well. There is one thing to note: Ubisoft is connecting the PS4 to PC players, something that's already been done with Street Fighter V. So, this groundwork has been laid out previously and (presumably) differs from connecting two closed online infrastructures like PlayStation Network and Xbox Live. Maybe that future is closer than we expect, though.

In this article: av, CrossPlatform, eagle, eagleflight, gaming, htcvive, multiplayer, oculusrift, onlinemultiplayer, playstation4, playstationvr, ps4, psvr, sony, ubisoft, virtualreality, vr, xbox, xboxone
All products recommended by Engadget are selected by our editorial team, independent of our parent company. Some of our stories include affiliate links. If you buy something through one of these links, we may earn an affiliate commission.