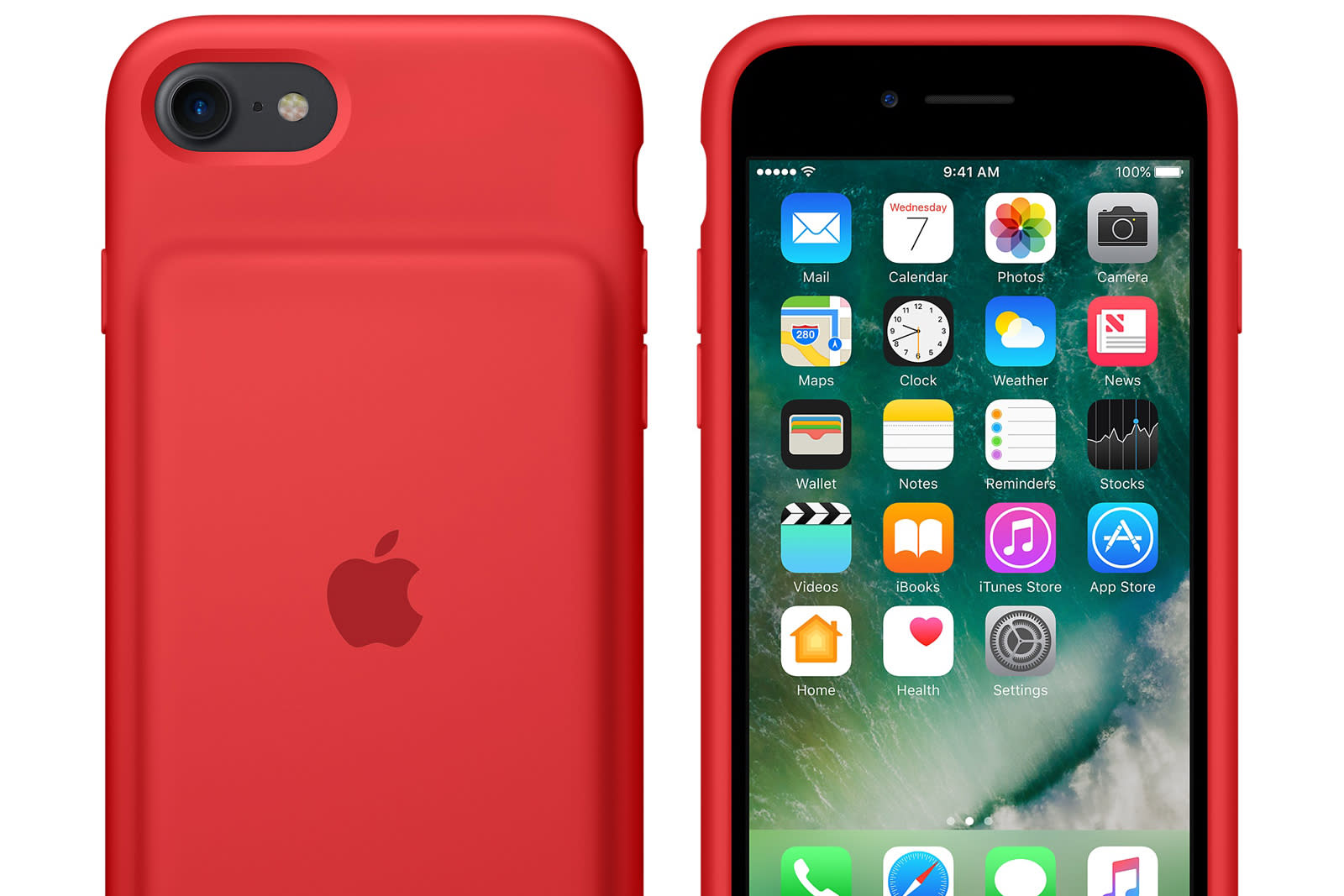 Apple has made a tradition of marking World AIDS Day with a campaign to donate to the Product (RED) charity, and it's going the extra mile for its 10th year of support. On top of the company's existing (RED) gear (which sends a contribution to the Global Fund's fight against AIDS), it's launching four new accessories and devices that count toward the charity. You can get red versions of the iPhone 7 Battery Case, the leather iPhone SE case, Beats Solo 3 Wireless headphones and the Beats Pill+ wireless speaker. All of these are available today, and there are other ways to help out even if you have no intentions of buying hardware.

To begin with, purchasing anything at an Apple store (physical or online) through Apple Pay between now and December 6th will donate $1 toward (RED), up to a maximum of $1 million. Bank of America will match those donations if you buy using one of its cards. You can also buy an album from The Killers (Don't Waste Your Wishes) on iTunes with all US proceeds heading to the fund. Beyond this, in-app purchases in 20 high-profile iOS games (including Angry Birds 2, Clash of Clans and PewDiePie's Tuber Simulator) will contribute to the anti-AIDS campaign through December 7th.

These individual efforts may seem like drops in the bucket, but Apple has historically been one of Product (RED)'s strongest contributors -- it had raised $65 million by 2013. And while a bona fide cure is still years away, the United Nations now believes that you could realistically see the end of AIDS by 2030. You may only make a small difference by yourself, but the combined effort adds up.

In this article: aids, apple, batterycase, beats, beatspillplus, BeatsSolo3wireless, charity, culture, gear, globalfund, iphone7, iphonebatterycase, iphonese, itunes, medicine, mobile, pillplus, productred, science, services, solo3wireless, worldaidsday
All products recommended by Engadget are selected by our editorial team, independent of our parent company. Some of our stories include affiliate links. If you buy something through one of these links, we may earn an affiliate commission.