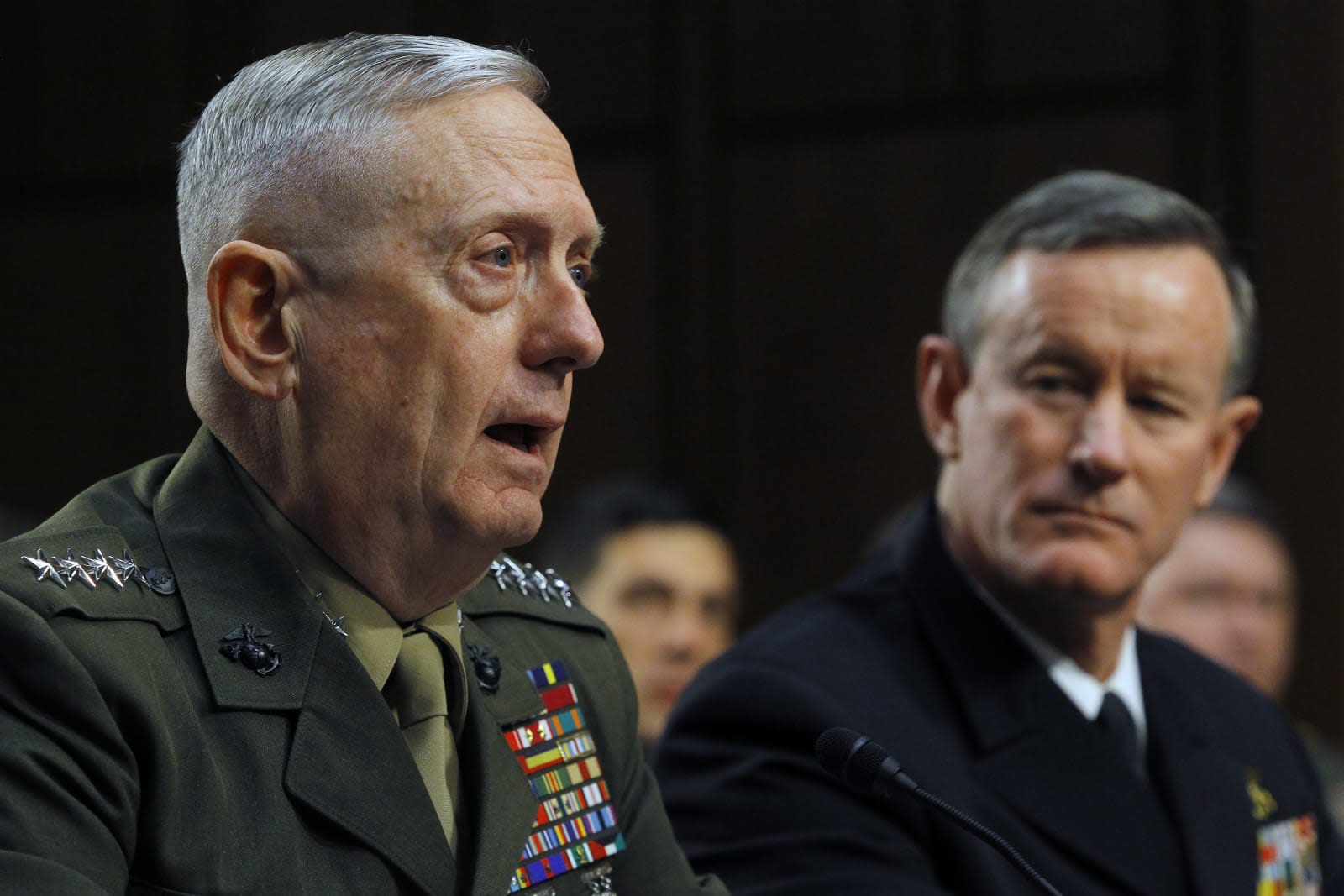 President-elect Trump's rapidly growing circle of advisers and cabinet members continues to raise eyebrows among the tech-savvy. The incoming leader has picked retired General James Mattis as his Secretary of Defense, and the Marine has been a devoted champion of Theranos -- you know, the blood testing firm facing both a criminal investigation and a slew of lawsuits over its technology claims. He's on the company's board of directors, but email obtained by the Washington Post shows that Mattis bent over backwards to support Theranos in the years when he was leading US Central Command.

Mattis was determined to give the rapid blood testing a field test in Afghanistan, and told Theranos chief Elizabeth Holmes that he was "kicking this [plan] into overdrive" back in 2012. He's known to have personally called a Major General at the US Army's medical research headquarters, as well. And when military regulations expert Lt. Col. David Shoemaker raised concerns that Theranos' testing wasn't FDA-compliant, Holmes appealed to Mattis to correct the "blatantly false information," and he swung into action by telling Shoemaker and others that there needed to be a comparison study in Afghanistan "ASAP."

There aren't any indications that Mattis broke rules, but he came close. Near the end of 2012, Col. Kent Kester claimed there was an "intentional effort" to "short-cut" procedures and get Theranos on the battlefield. Shoemaker even got email from an unnamed military staffer who said the Navy Attorney General was annoyed by Theranos' attempts to circumvent the rulebook.

This doesn't mean that Mattis will start cheerleading for Theranos in his Defense Secretary role. An ethics official warned the General against representing the company in front of the military once he had retired, for one thing. Also, Theranos' dream is rapidly falling apart between lab closures and intense legal scrutiny. However, Mattis may have to rethink his board role if he wants to avoid conflict-of-interest accusations, even if he has no intention of hawking Theranos as a defense chief.

In this article: bloodtest, ConflictOfInterest, culture, donaldtrump, health, jamesmattis, medicine, politics, theranos, trump
All products recommended by Engadget are selected by our editorial team, independent of our parent company. Some of our stories include affiliate links. If you buy something through one of these links, we may earn an affiliate commission.