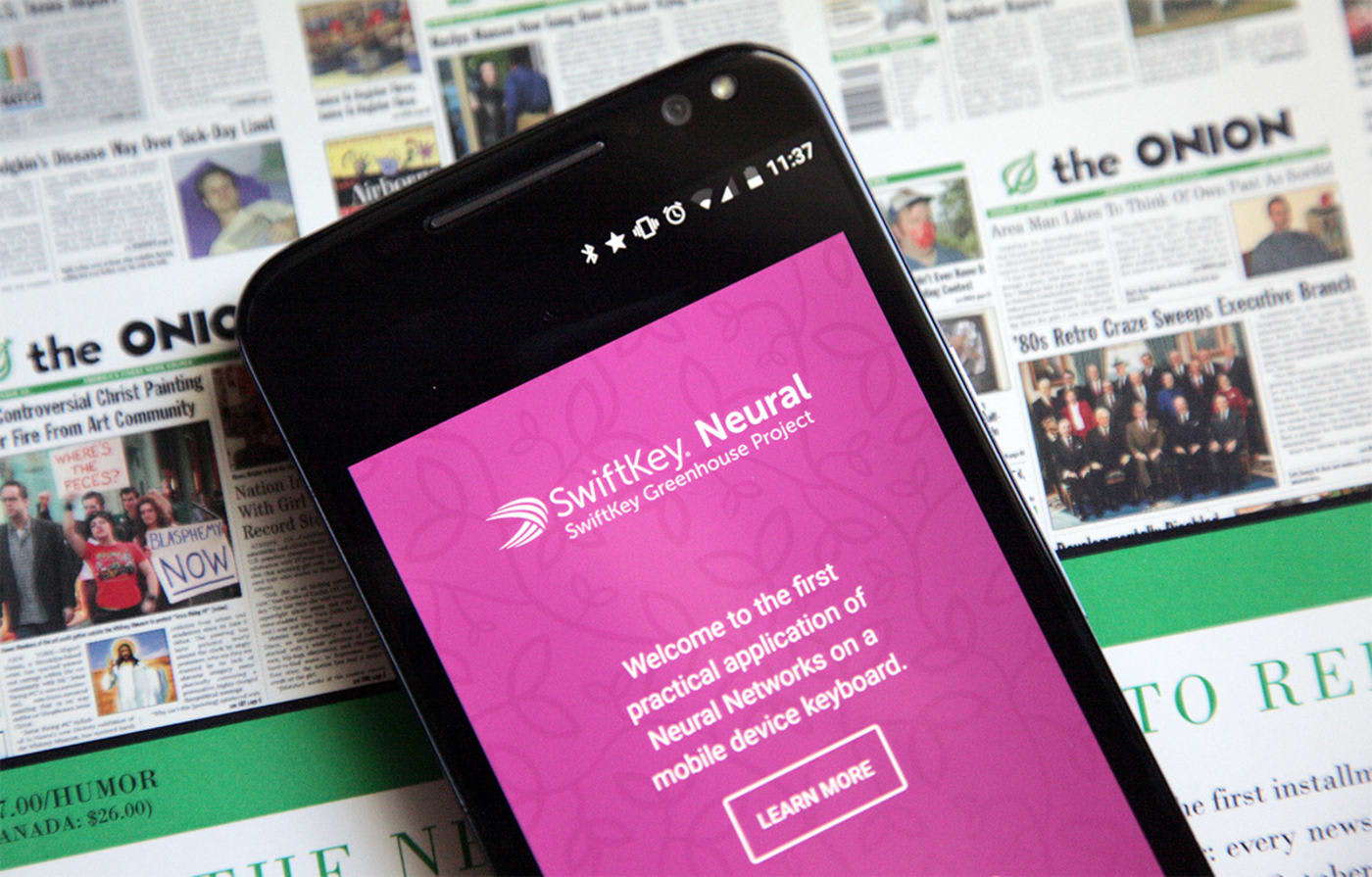 Microsoft has made a habit out of acquiring significant mobile app makers, but its next deal may cut particularly close to the bone for smartphone fans. The Financial Times' sources understand that Microsoft is on the cusp of acquiring software keyboard maker SwiftKey for $250 million. The exact intent isn't clear -- Microsoft isn't commenting. However a more advanced input method may be only part of why it's interested.

SwiftKey's keyboards have long had a good reputation thanks to their prediction algorithm, which is both smarter than most and optionally taps into your own email and social networks for help. Microsoft could use that to boost its Word Flow keyboard. However, SwiftKey's prediction recently got much smarter: the company has been trying out neural network technology to better understand what you want to write. For Microsoft, acquiring SwiftKey could help implement artificial intelligence (currently all the rage among rivals) into its products.

This may not be very reassuring if you like SwiftKey, though. Microsoft tends not to discontinue acquired products right away, but their long-term fates vary. Acompli's email app eventually became Outlook Mobile, but Sunrise Calendar? That's being discontinued as Microsoft folds its features into Outlook. It's easy to see SwiftKey surviving due to sheer popularity, but don't be shocked if you eventually have to look at Swype or other alternatives.

Update (2/3): Sure enough, Microsoft has confirmed the acquisition. SwiftKey's technology will eventually integrate into Microsoft's Word Flow keyboard, which is thankfully coming to other platforms soon.

Source: Financial Times
In this article: acquisition, ai, android, artificialintelligence, gear, ios, keyboard, microsoft, mobile, neuralnetwork, personal computing, personalcomputing, smartphone, swiftkey, windows, windows10mobile
All products recommended by Engadget are selected by our editorial team, independent of our parent company. Some of our stories include affiliate links. If you buy something through one of these links, we may earn an affiliate commission.