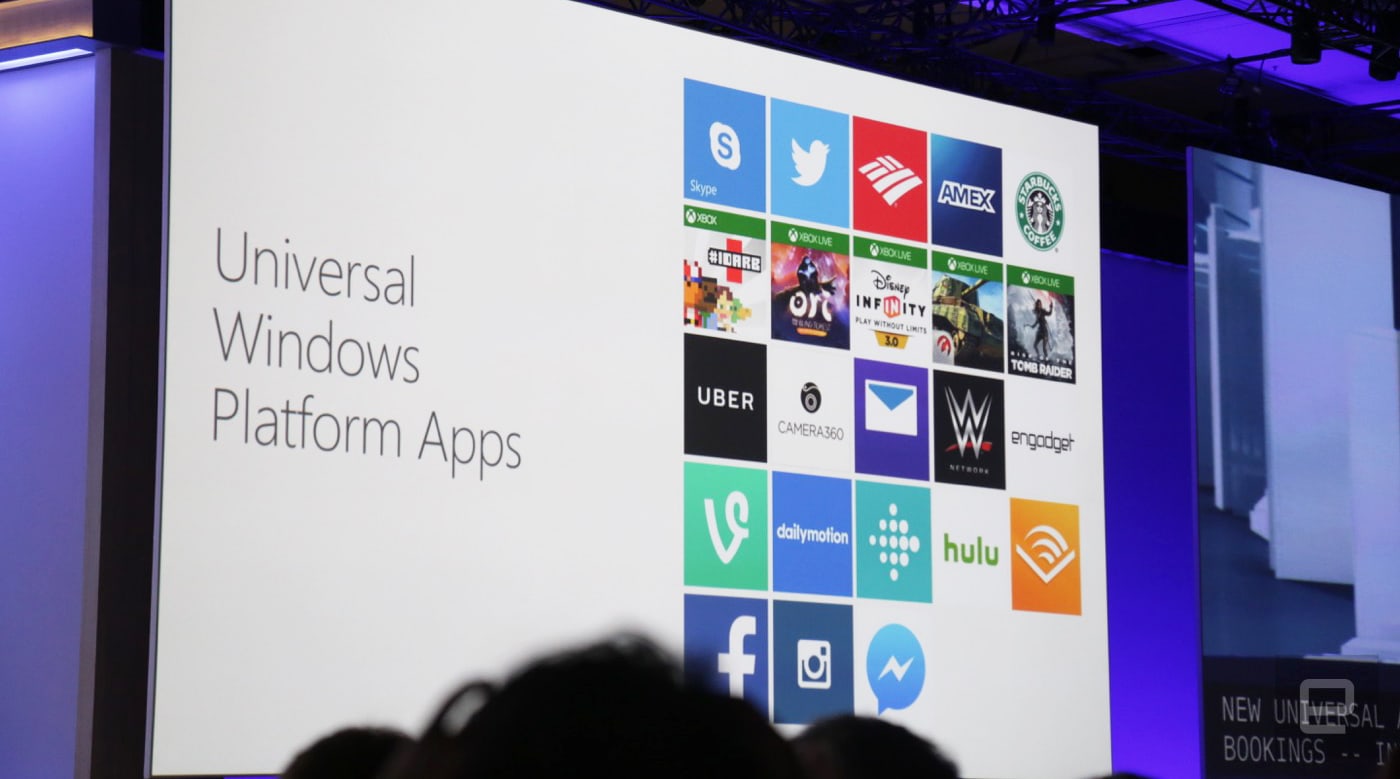 Redmond surprised developers at Build by launching Linux Bash support, but it's now gone back to its bread and butter with updates to its Universal Windows Platform (UWP) apps. As a reminder, those are designed to work across Windows mobile, Xbox and the desktop. Perhaps the most important among the new crop are from Facebook, which has gone Universal for both its main app and Messenger. Advertisers will also be able to reach nearly three million Facebook Universal app users via the Facebook Audience Network. Other social apps, including, Twitter, Instagram and Vine also received new UWP updates.

New versions of popular apps are coming soon from Uber, Hulu, Dailymotion, Skype and, yes, Engadget. Xbox gamers, meanwhile, get updates to Tomb Raider, Disney Infinity and other titles. Microsoft courted controversy recently with game developers like Epic after announcing it would close its store to third-party apps, but today said it will allow mods and overlays for UWP. In addition, it introduced software called Centennial to import Win32 apps to the Universal platform. As an example of that, Xbox chief Phil Spencer showed off a converted UWP version of Age of Empires II, a Steamworks app, which appeared to run normally.

Windows desktop users may not care as much about Universal apps, since the features are already accessible by browser. However, they're pretty important for Microsoft's Windows Phone users. While social media apps are crucial, Microsoft hasn't forgotten other popular categories like banking. As such, new UWA apps from American Express, Bank of America and Starbucks are bound to be popular on Windows Phone, assuming users haven't given up on the platform, of course.

In this article: AgeOfEmpires2, apps, Build2016, dailymotion, disneyinfinity, engadget, facebook, gear, hulu, instagram, internet, microsoft, mobile, tombraider, uber, universalwindowsapps, UWP
All products recommended by Engadget are selected by our editorial team, independent of our parent company. Some of our stories include affiliate links. If you buy something through one of these links, we may earn an affiliate commission.