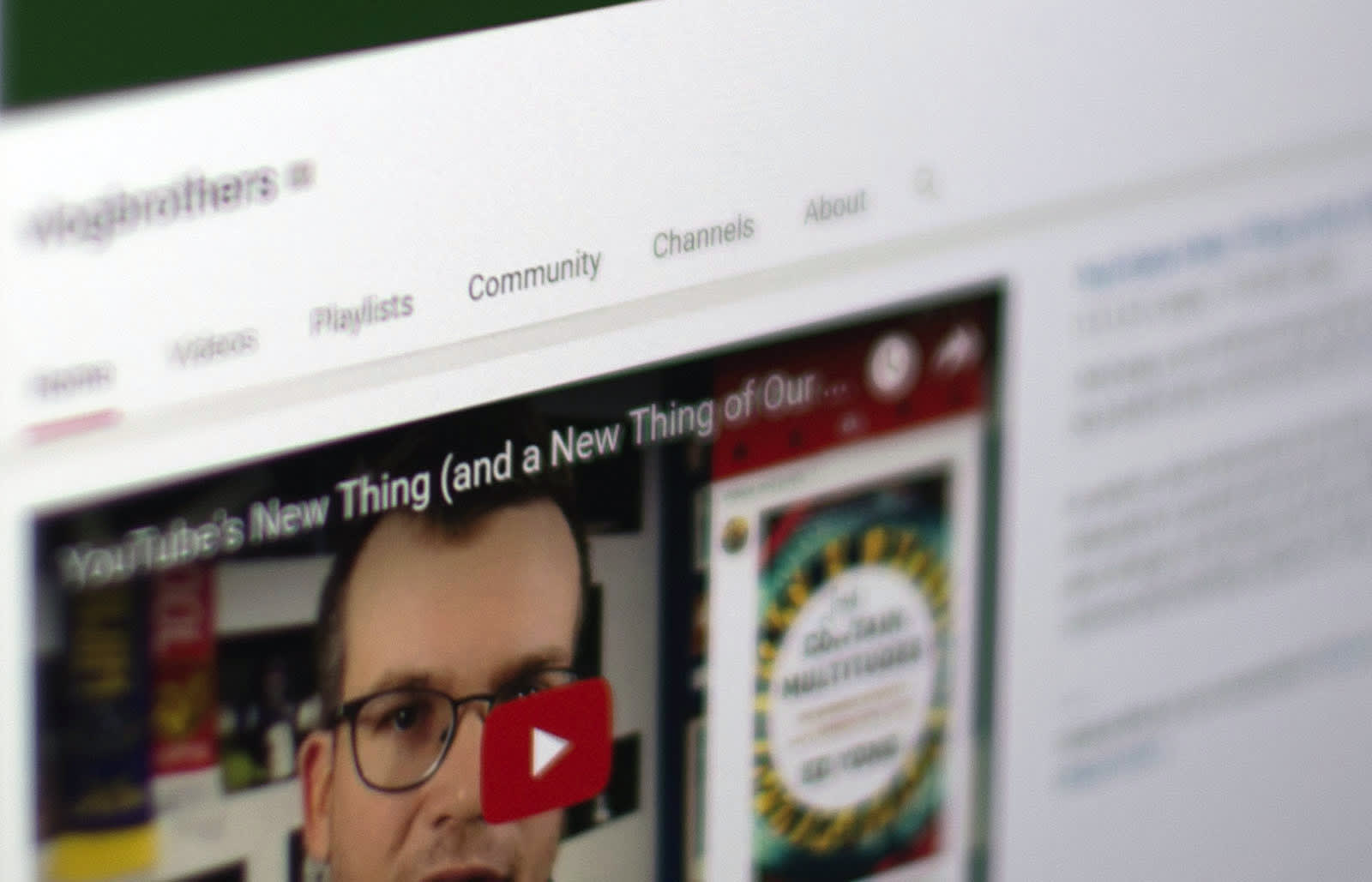 As rumored, YouTube has launched the Community tab in a public beta, making the site more like a social network by letting creators post text, GIFs, live video and more. Mobile users will see the new content in their "Subscriptions" feed and can also get push notifications. It will launch in beta with the Vlogbrothers, The Kloons, AsapScience and just a few other select channels, for now.

Google has been working on the feature, previously code-named "Backstage," in close collaboration with a small group of creators for the last few months. The Vlogbrothers produced a video about it (below), saying Community comments are better and easier to moderate, live video is simpler, and their channels are now "the community hubs we always wanted them to be."

YouTube wants more social features to fight off rival Facebook, which has grown video exponentially over the last year. However, it likely collaborated closely with creators to create something both they and users will actually like. YouTube's last attempt at adding social features was via a Google+ integration, an unpopular move that was scrapped last year.

Judging by avid fan interaction on the few sites with Community tabs, YouTube might have found the right balance. Using the limited release (see the complete list of creators here), it will gather feedback from fans and creators and possibly add more features. Additional channels will be added "in the months ahead." If all goes to plan, don't be surprised to see Community become much more prominent than just a tab on YouTube.

In this article: av, Backstage, Community, entertainment, GIFs, google, Images, internet, SocialNetwork, video, YouTube
All products recommended by Engadget are selected by our editorial team, independent of our parent company. Some of our stories include affiliate links. If you buy something through one of these links, we may earn an affiliate commission.