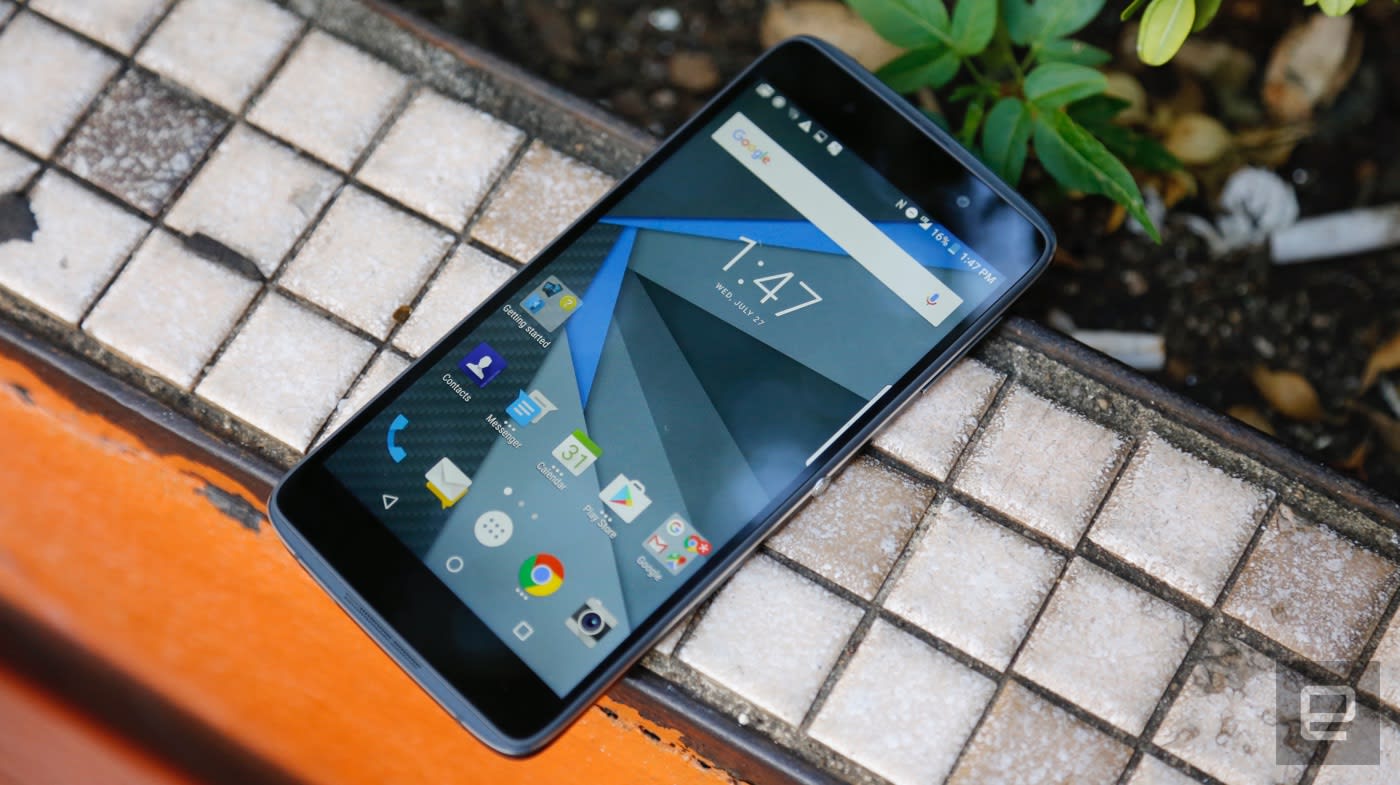 In BlackBerry's latest quarterly financials released today, the company revealed it's getting out of the hardware business once and for all, choosing instead to "outsource that function to partners." It's not a huge shock given BlackBerry CEO John Chen has foreshadowed the cut and run several times. Earlier this year, he warned that if hardware wasn't making a profit by September it would be time to call it quits, and he's kept his word after the Mobility Solutions division posted an $8 million loss for this past quarter. This doesn't mean we've seen the last of BlackBerry handsets, though; they just won't be produced in-house anymore.

This was the case for BlackBerry's last launch anyway, as the all-touch DTEK50 was more or less a repurposed Alcatel device manufactured by TCL. Furthermore, the company announced in today's financials that it's already licensed its name to an Indonesian firm that'll build and sell BlackBerry-branded devices in the region.

While BlackBerry still makes the best keyboards in the business, some of its last highly security-conscious enterprise customers are starting to move on -- not to mention that the security of consumer devices has been called into question. In the past few months, BlackBerry has lost several high-profile patrons, including the US Senate and President Obama.

BlackBerry's core business remains software, but gone are the days when secure, enterprise email solutions were all the company had to talk about. Much of its famed productivity software is now available on Android, BBM is still very much a thing, and the QNX platform is being expanded to power self-driving cars. BlackBerry has also started shipping Radar, a hardware and software combo that offers shipping companies and the like real-time tracking. And while BB10 OS may be all but retired, a renewed focus on software appears to be paying off.

"We are reaching an inflection point with our strategy. Our financial foundation is strong, and our pivot to software is taking hold," said Chen. "In Q2, we more than doubled our software revenue year over year and delivered the highest gross margin in the company's history." Cut through the corporate speak and the general takeaway is: BlackBerry is doing alright, hardware is expendable.

Source: BlackBerry
In this article: bbm, blackberry, blackberryradar, enterprise, financials, gear, mobile, qnx, radar
All products recommended by Engadget are selected by our editorial team, independent of our parent company. Some of our stories include affiliate links. If you buy something through one of these links, we may earn an affiliate commission.