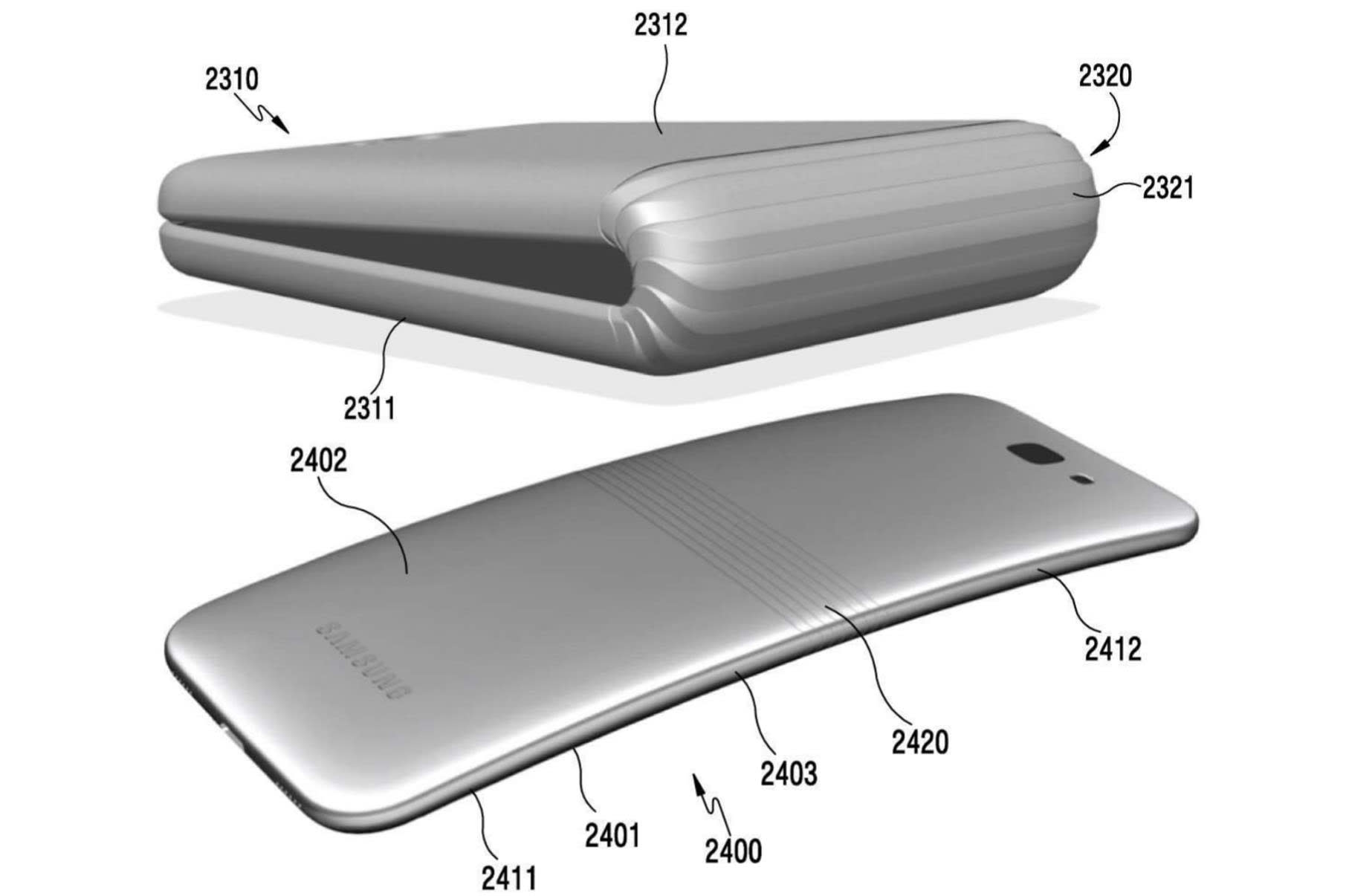 Samsung has filed a patent with the Korean Intellectural Property Office for a smartphone with a that could be folded in half like a flip phone. The device would also have a secondary screen, presumable on the outside, that's activated when it's folded shut, according to the claims. The screen even has a complex "semiautomatic" powered folding action as one of the options. Of course, patents don't usually lead directly to products, but this one stands out because Samsung is reportedly working on smartphones with bendable OLED screens.

Even if the patent leads nowhere, it's fun to see what a company's engineers are dreaming about. For instance, bendable screens once seemed like a silly idea, but Samsung eventually deployed them in its popular curved-screen Galaxy S6 Edge and S7 Edge products. Lenovo is also playing with the idea, and developed a smartphone you can bend around your wrist.

Unlike a split-screen phone or tablet à la Sony's crazy Tablet P, the device would work with a flexible OLED screen that also folds, either midway or further down. It looks an awful lot like the mockup phone Samsung showed off for its flexible Youm display back in 2013 (see the tacky video, below). A device like that would certainly be fun, but at this point Samsung's probably just making sure it doesn't mess up its next Galaxy S8 smartphone release.

Via: The Verge
Source: Korean Patent Office
In this article: Bendable, Concept, Foldable, gear, mobile, OLED, Patent, samsung, Smartphone, video
All products recommended by Engadget are selected by our editorial team, independent of our parent company. Some of our stories include affiliate links. If you buy something through one of these links, we may earn an affiliate commission.