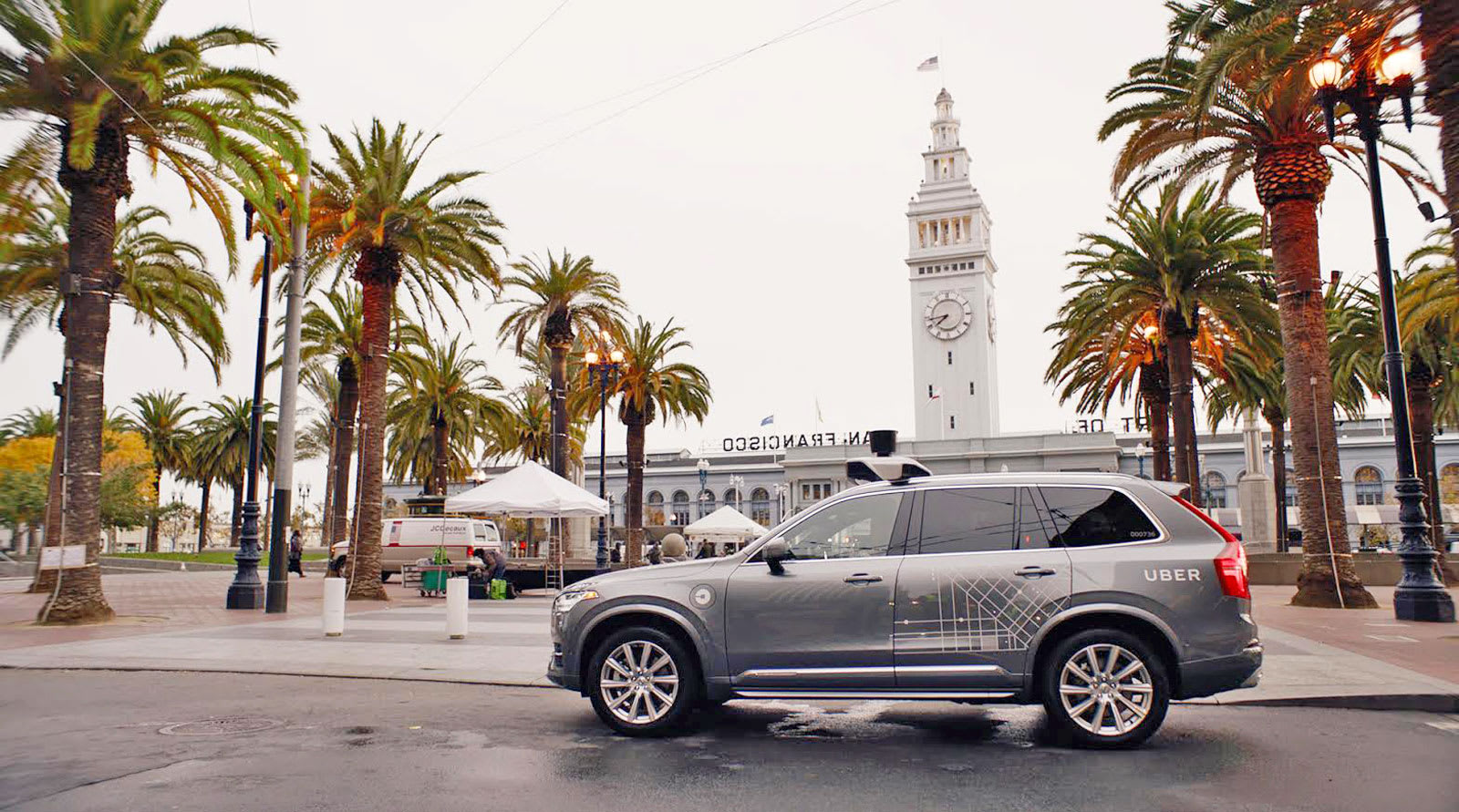 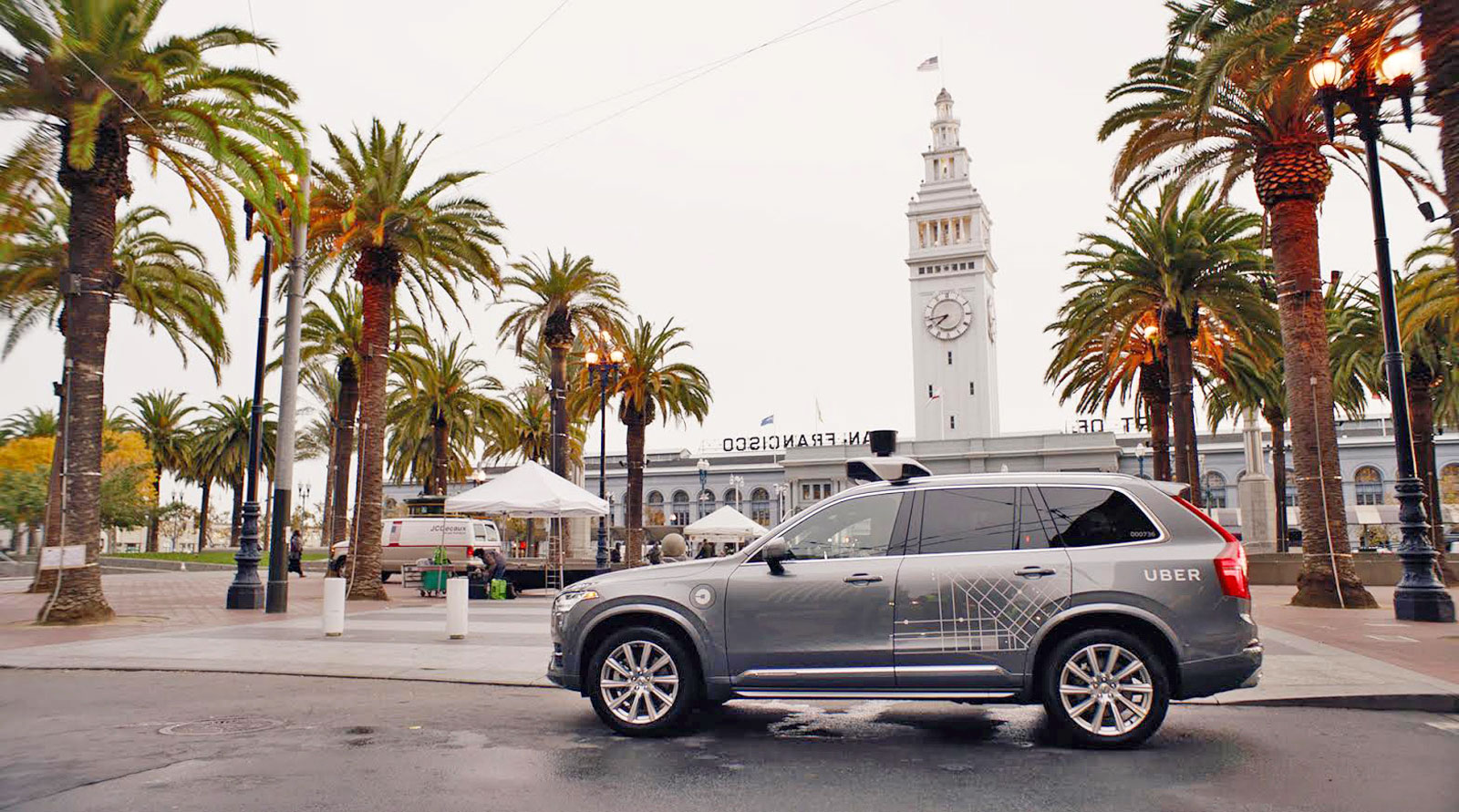 Uber's self-driving cars are now roaming beyond the streets of Pittsburgh. The ridesharing firm has started deploying autonomous vehicles in downtown San Francisco, giving UberX passengers a (small) chance at ordering a robotic ride. There's still a driver ready to take over when the car can't navigate by itself, but you're in for a special experience all the same -- especially since these aren't just the modified Fords from the Pittsburgh test.

The company is taking advantage of its partnership with Volvo to roll out XC90s with more tightly integrated self-driving sensors that complement the SUV's existing array. It's even using fewer sensors than the Pittsburgh cars, Uber tells our friends at TechCrunch. While it still has a detailed 360-degree view of the road through cameras, GPS, lidar and radar, it cuts out some sensors that turned out to be superfluous in the Ford vehicles. As a passenger, you still use an iPad in the back to verify your destination and get a simplified view of what the car sees when it's in self-driving mode.

And in case you're wondering: yes, Uber is aware of the potential legal questions. It says it looked "carefully" at California's regulatory environment and doesn't believe it needs a testing permit. The rules apply to cars that don't need someone behind the wheel, Uber argues -- these autonomous Volvos still do. This test is ostensibly closer to Tesla's upgraded Autopilot features than a full-fledged driverless project.

With that said, Uber isn't shy about admitting that it's pushing boundaries. The company sees the San Francisco pilot as a way of telling California that heavy regulation creates the risk of "slowing innovation." In other words, Uber would prefer if the state stayed out of its way rather than bend to legal requirements. It's not certain that California officials see things the same way, but they might not object to a relatively limited experiment like this.

Via: TechCrunch
Source: Uber Newsroom
Coverage: New York Times, Recode
In this article: autonomous, gear, ridesharing, sanfrancisco, self-driving, self-drivingcar, transportation, uber, video, volvo, xc90
All products recommended by Engadget are selected by our editorial team, independent of our parent company. Some of our stories include affiliate links. If you buy something through one of these links, we may earn an affiliate commission.