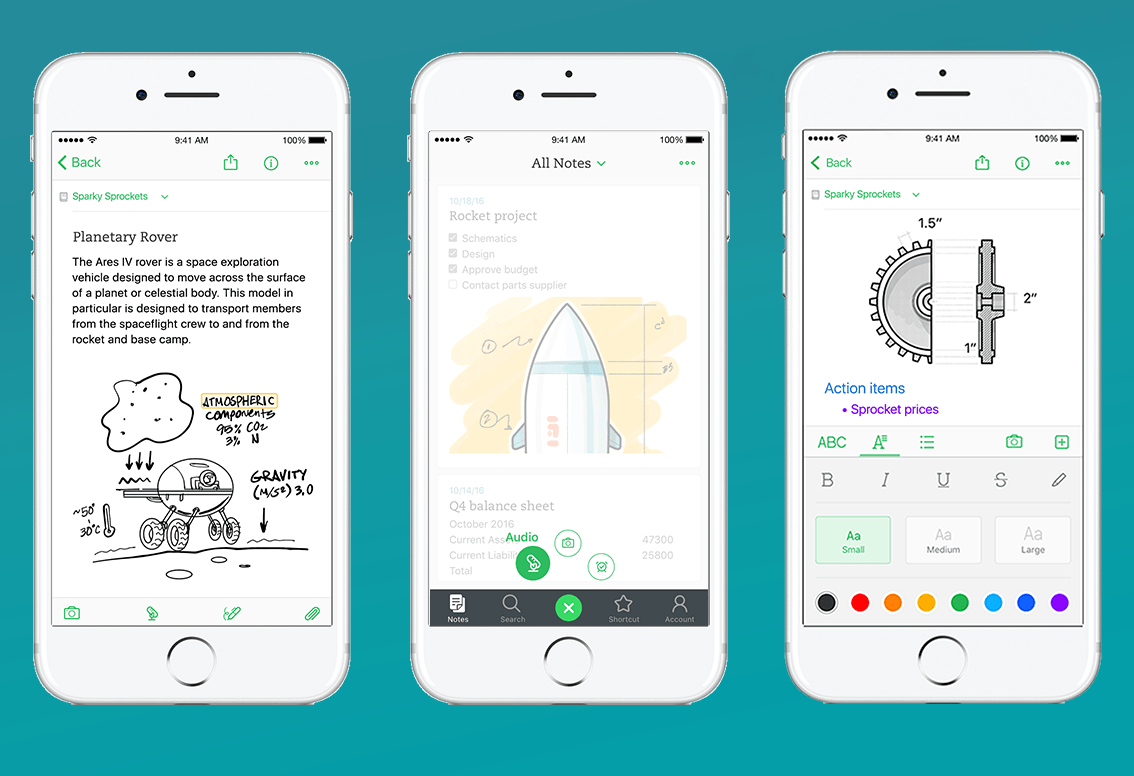 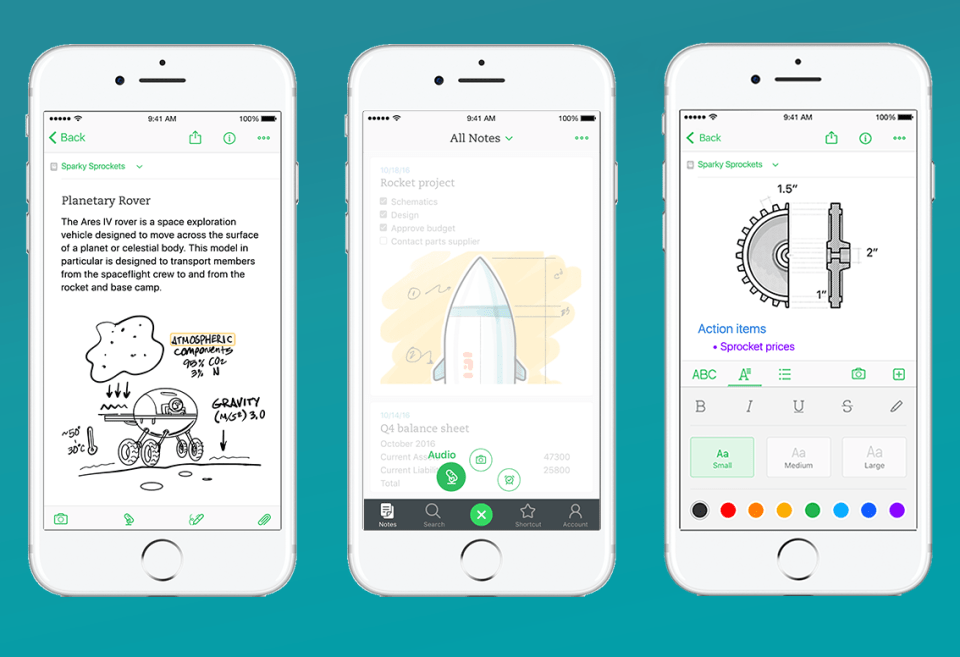 How do you keep loyal users after quickly stepping back from a potentially intrusive new privacy policy? For Evernote, it's by releasing a new app that focuses on the core features its users love. The company's latest iOS app has been "rebuilt from the ground up" around simplicity. Gone are the many options from the last Evernote app; now you're presented with your notebook immediately, and you can quickly add new notes by tapping on the plus button on the bottom of the screen. The goal, according to Evernote's chief product officer Erik Wrobel, is to "spend less time navigating and more time getting stuff done."

The app's new design is reminiscent of Evernote's web interface, which has featured a minimalist style for years. Expect more white space, and less of the company's iconic green color throughout the app. Editing notes should be a lot simpler, as well. Now there are only four buttons at the bottom of every individual note screen (for adding photos, voice clips, drawings and other files). Before, there was also a button for adding reminders, as well as a drop down list for more options. If you want to hop between notebooks, you just need to tap on the top of the screen for an organized view of all of your content.

It might not seem very different to some, but the interface changes should make it easier to focus on your notes, rather than be distracted by options you never use. Additionally, you'll finally be able to format the color and style of text in your notes. People who rely on Evernote for work will also have more separation between their personal and professional notes.

When it comes to privacy moving forward, both Wrobel and Evernote VP of design Nate Fortin say that they'll start engaging with users earlier, so that they'll know in advance if a change goes too far. They also hope to start working with the wider privacy and security community, though they didn't list any specifics on how they'd approach that. Wroben and Fortin reiterated that Evernote is still committed to its Three Laws of Data Protection, which states that users own their data, and that their data is also protected and portable. Last year, before the uproar around its privacy changes, Evernote CEO Chris O'Neill told us user trust is his main concern.

I didn't have a chance to try out the new iOS app, so I can't say if Evernote's claims actually hold true. But on paper, at least, it seems like a worthwhile upgrade for Evernote addicts like me. I hope the company doesn't slow down with its app development, though. I'd love to see this refined aesthetic make its way to Evernote's Mac and Windows apps, both of which feel far behind the company's web interface.

In this article: business, culture, Evernote, ioS, personal computing, personalcomputing
All products recommended by Engadget are selected by our editorial team, independent of our parent company. Some of our stories include affiliate links. If you buy something through one of these links, we may earn an affiliate commission.