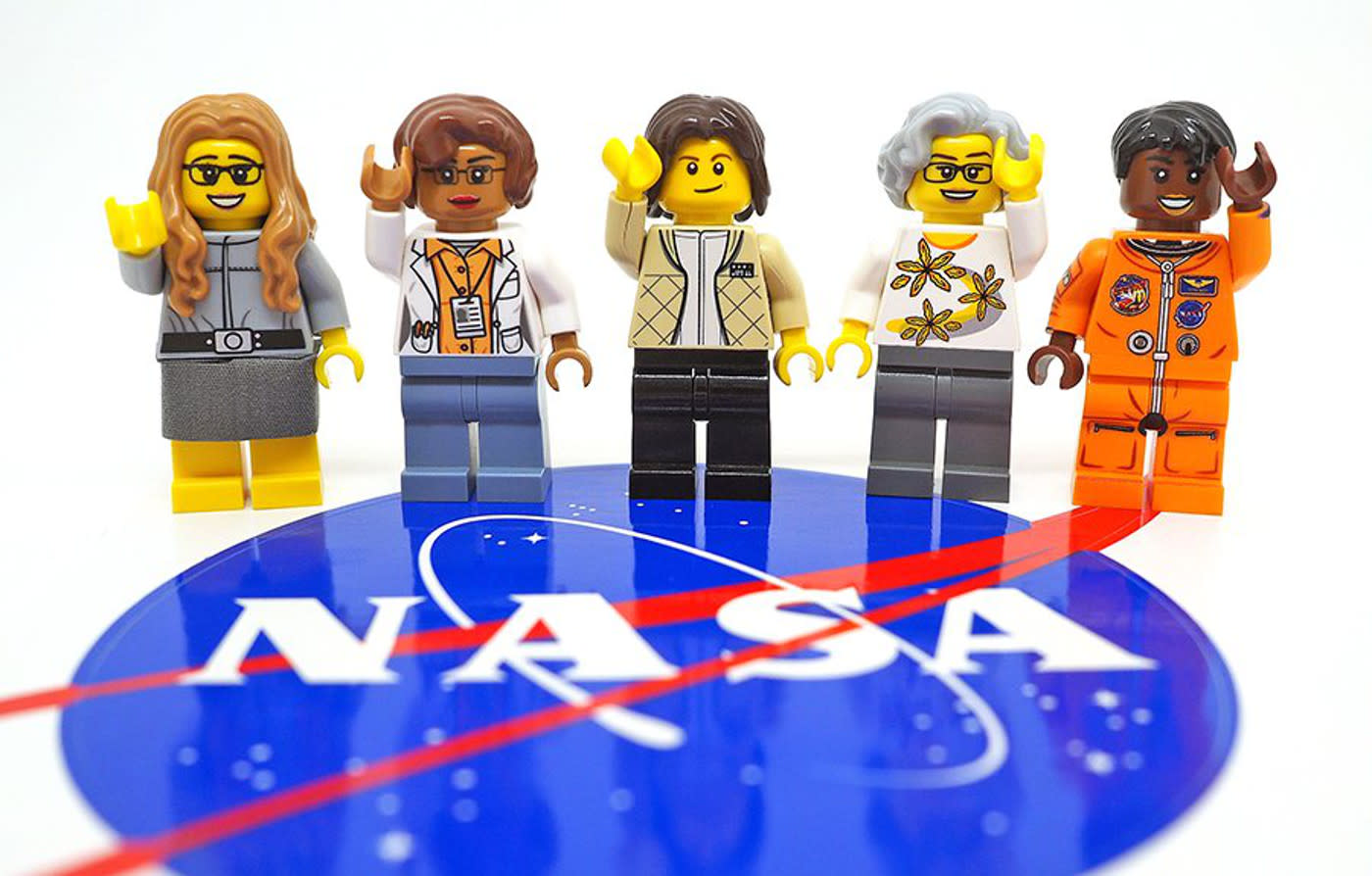 You'll soon have five new characters to place near your space-inspired Lego structures. The toymaker is developing a new set featuring five history-making women who made great contributions to NASA's space program. "Women of NASA" was created by MIT News editor Maia Weinstock, who submitted it to the Lego Ideas competition. Weinstock's entry garnered the 10,000 votes needed for Lego to consider manufacturing it, and the company has recently announced that it has already begun taking steps to make it a real set people can buy.

The five women are (from left to right in the image above):

Weinstock told BBC that her purpose is to inspire girls to pursue careers in STEM: "I hope it sets a new example for both girls and boys," she said. "Girls, in that they can and should be engineers, scientists, and mathematicians, and boys, in that they internalise at an early age that these careers are for everyone, not only men."

Lego is now finalizing the characters' design. The company has no exact release date yet, but it expects to start selling the "Women of NASA" set in late 2017 or early 2018.

Thrilled to finally share: @LegoNASAWomen has passed the @LEGOIdeas Review and will soon be a real LEGO set! https://t.co/rcyjANsVD9 pic.twitter.com/b9OVx5UBaL

In this article: lego, science, space, toys, womenofnasa
All products recommended by Engadget are selected by our editorial team, independent of our parent company. Some of our stories include affiliate links. If you buy something through one of these links, we may earn an affiliate commission.