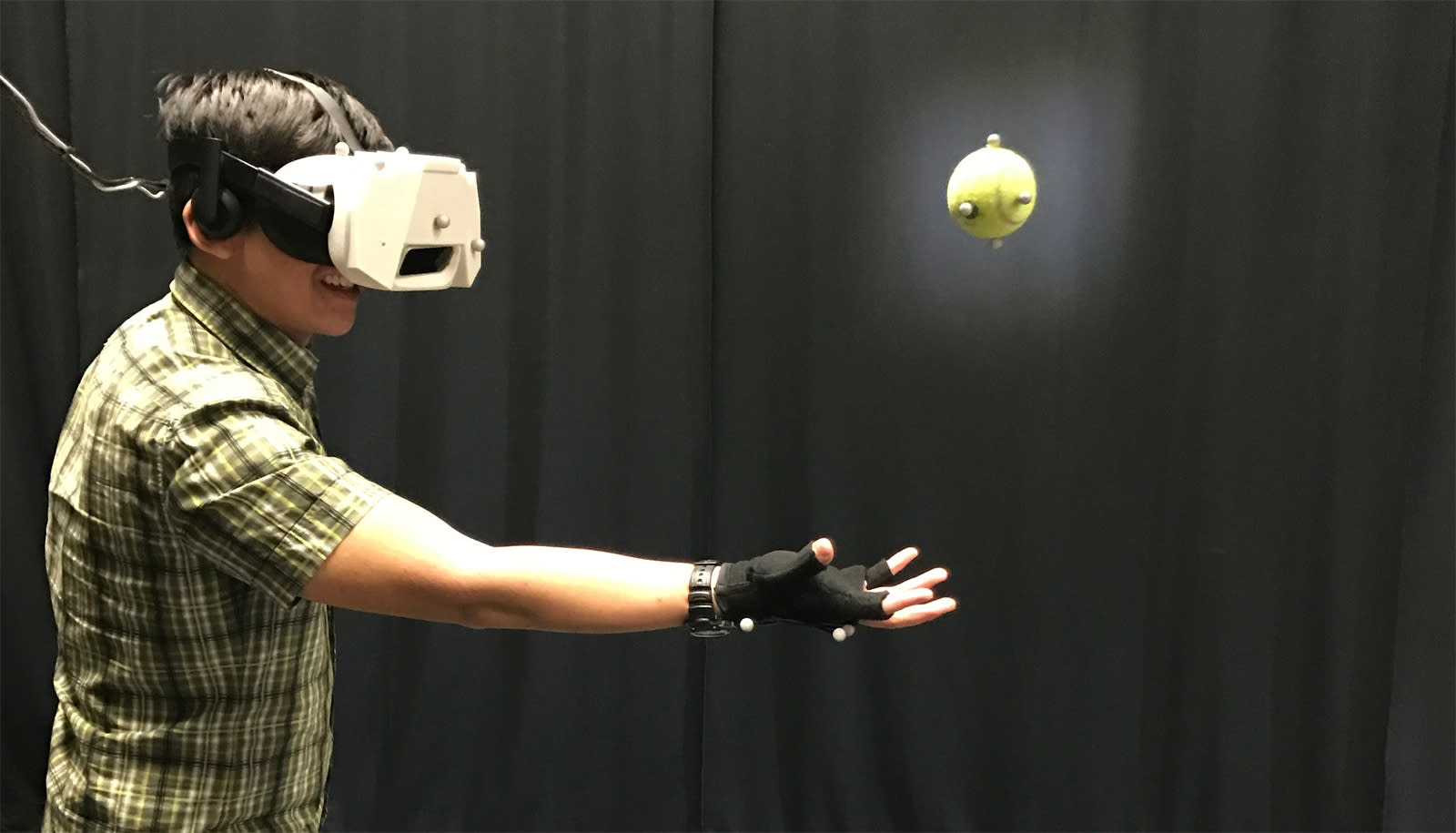 It's relatively easy to boost the immersiveness of virtual reality by giving you gloves or props. But how would you have someone catch a real ball when they can't see where it's going? Disney Research has an answer: its scientists have developed a motion capture system that lets you grab a ball just as intuitively in VR as you would without a headset. Their approach uses sensors to track the movement of your hands, your head and the ball -- after that, it's a matter of using a motion prediction method to visualize where the ball is going.

Even in its early form, the system is both effective and flexible. Testers had little trouble catching the ball in a conventional way, where they only saw where the ball was at any given moment, but they could also catch it when they were shown either the trajectory or a predicted target area.

There are no immediate plans to put this into software you can use, but you can spot the practical applications from a mile away. You could build VR apps where catching and throwing are not only more realistic, but easier for those without keen instincts. A catching game could teach rookies how to anticipate the ball's path, rather than expecting them to learn through trial and error. While there would be limits to this (you wouldn't want to have VR players whipping fastballs), it would expand the range of possible VR activities.

In this article: disney, disneyresearch, personal computing, personalcomputing, science, video, virtualreality, vr, wearables
All products recommended by Engadget are selected by our editorial team, independent of our parent company. Some of our stories include affiliate links. If you buy something through one of these links, we may earn an affiliate commission.