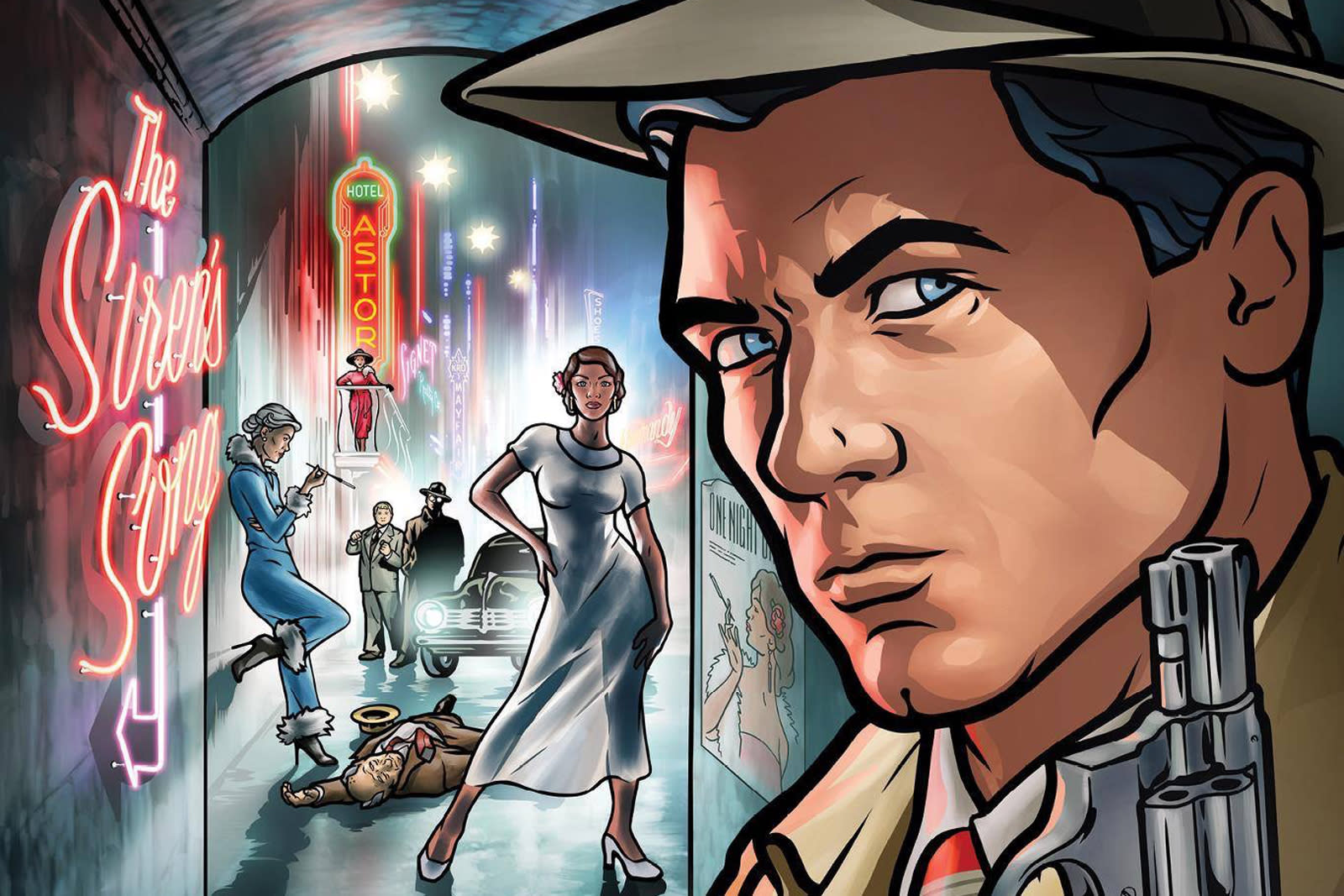 By their very nature, most augmented reality games are at least a little bit futuristic. The creators of Archer, however, are embracing the past... in more ways than one. FXX's Archer, P.I. mobile game will have you pointing your Android or iOS device at your TV, Facebook and even billboards to scan for clues to a hidden story inside Archer: Dreamland, the film noir-inspired eighth season for the animated series. If you want to claim your rewards and unlock every mystery, though, you'll also have to print and assemble physical objects based on what you see in the show. That's right -- if you've welcomed the paperless future with open arms, you won't get everything the story has to offer.

It'll seem more than a little odd at first blush, and it's hard to say how well this will work when Archer resumes on April 5th. But to the creators, it's just a logical extension of what they've been doing so far. Executive producer Matt Thompson tells Uproxx that his team wanted to up the ante on the previous two seasons, which offered digital rewards (a website and a 3D printer file) for fans willing to look closely at every scene. Now, you're not constructing prizes so much as you are an entirely distinct narrative. While the printer element may be a throwback for some people, it only makes sense if you're an avid viewer hoping for a souvenir at the end of the season.

In this article: android, archer, archerdreamland, augmentedreality, entertainment, fx, fxnetworks, fxx, games, gaming, ios, iphone, mobile, printer, television, tv
All products recommended by Engadget are selected by our editorial team, independent of our parent company. Some of our stories include affiliate links. If you buy something through one of these links, we may earn an affiliate commission.