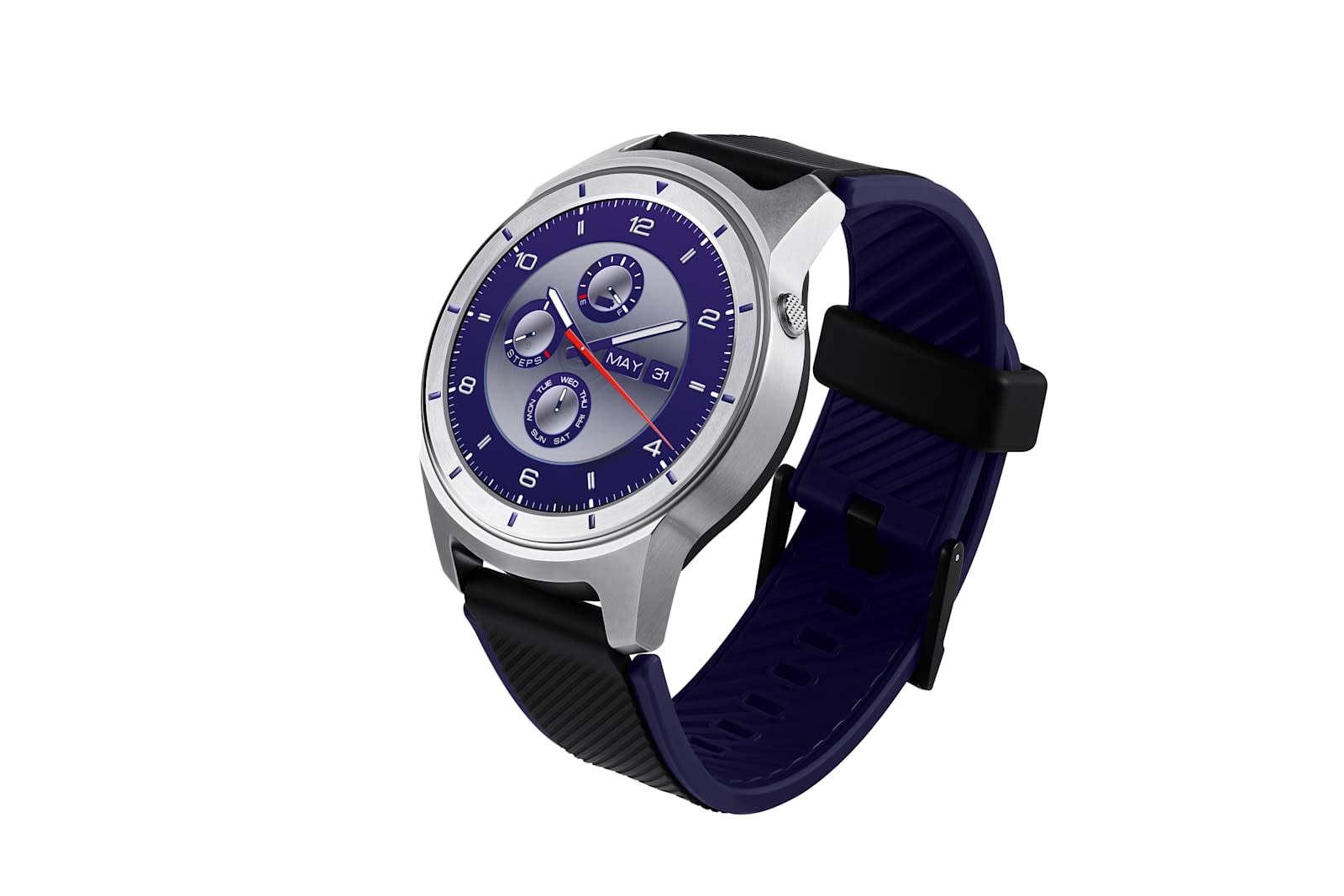 Android Wear 2.0's release has been delayed multiple times, and aside from a few watches that have just hit the market, there aren't many affordable ways to get Google's latest wearable OS right now. The good news is, a new option arrives in about two weeks via ZTE, which is making its first-ever Android Wear watch. It's called the Quartz, and it will be available on April 21 via T-Mobile for just $200. You can also get it online starting April 14th.

For that price, you'll get a round 1.4-inch AMOLED display, interchangeable 22mm band, water-resistant (rated IP67) body and, most importantly, Android Wear 2.0 and all its improvements. There is also a 500mAh battery, which is larger than the LG Watch Sport's 430mAh cell. That should hopefully help the Quartz outlast LG's pair of wearables, which both barely made it through a full day during our testing. The Quartz will also supports cellular connectivity, and will be compatible with T-Mobile's Digits program that lets you use the same phone number across your smartphone and other connected devices.

But there are some tradeoffs the company made to hit that $200 price. In particular, the most notable missing features are NFC, a heart rate monitor and a rotating dial. In addition to cutting costs, ZTE also cited longer battery life, a slimmer profile and less risk of damage as reasons for leaving those out.

As a comparison, LG's Watch Style, which also lacks NFC, a heart rate sensor and doesn't have its own LTE radio, costs $250. The Style has a useful rotating dial that makes scrolling easy, though. The Quartz also has to contend with the Asus Zenwatch 3, which costs about $255, but runs the older Android Wear for now.

To be clear, this isn't ZTE's first smartwatch. It already makes the Axon watch, which runs Tencent OS and only retails in China. All that really means is the company already has some experience making watches, and the partnership with Google here makes for a compelling product.

In this article: androidwear, androidwear2.0, gadgetry, gadgets, gear, smartwatch, Smartwatches, wearables, zte, ZTEQuartz
All products recommended by Engadget are selected by our editorial team, independent of our parent company. Some of our stories include affiliate links. If you buy something through one of these links, we may earn an affiliate commission.