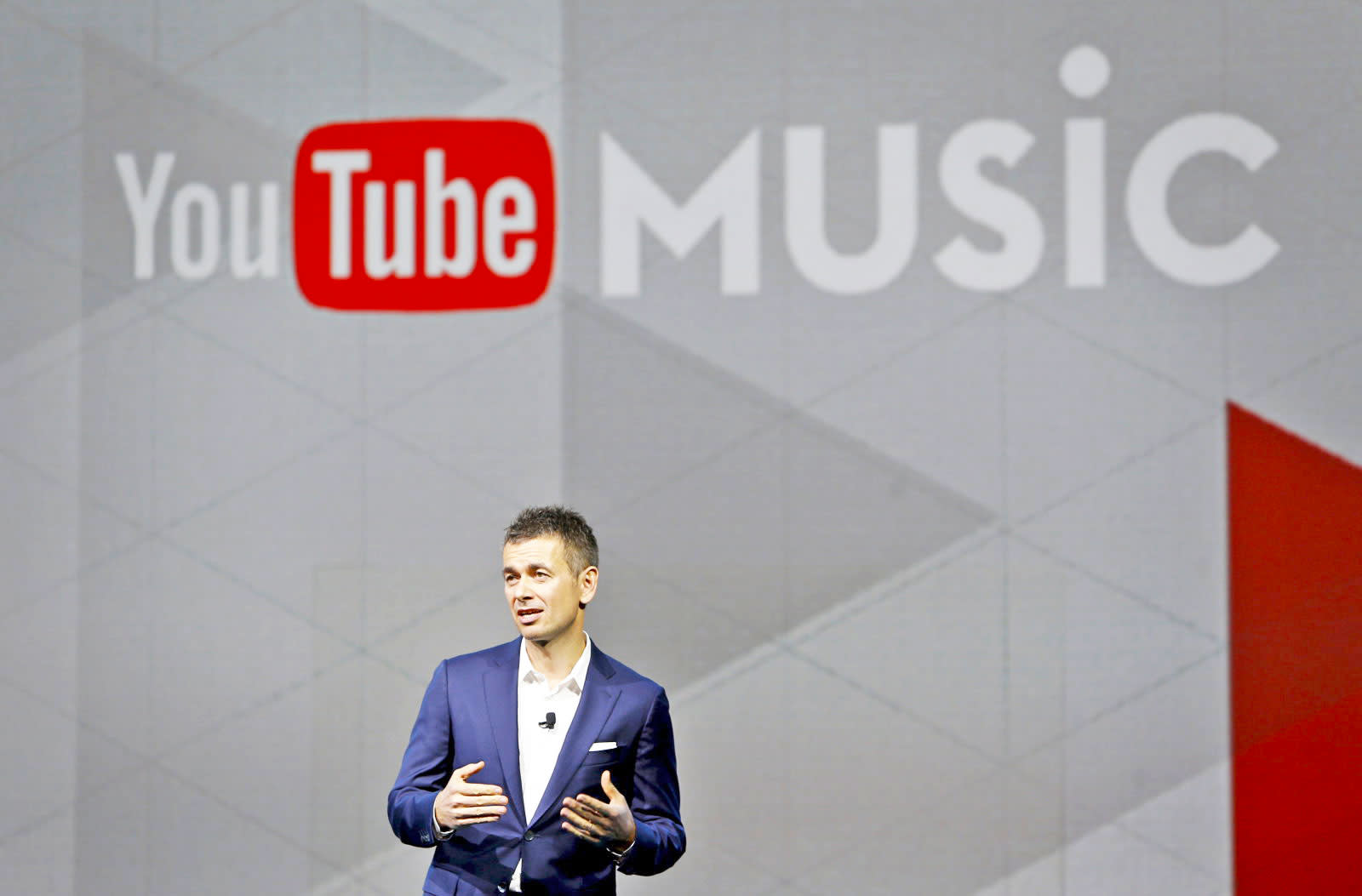 YouTube's relationships with music labels have certainly been fraught, but it just managed to reach a truce with one of them... at least, for now. The streaming service and Warner have extended licensing deals that will make sure Warner and its artists get paid for legal streams. The terms of the deal haven't been revealed, but a memo from Warner chief Steve Cooper suggests the label is being particularly cautious this time around. The deals are "shorter than usual," he says, "giving us more options in the future." And there's no mistaking why Warner is reluctant to commit for the long haul -- Cooper is convinced that YouTube is taking a lackadaisical approach to fighting piracy.

As with many others in the music business, Cooper argues that safe harbor laws (which spare companies from liability for content their users upload) have "hindered" musicians on YouTube. Users could still post bootleg songs even if there was no deal at all, the CEO argues. Warner isn't necessarily going to cut the licensing deals short, but it clearly feels as though it was strong-armed into a sub-par agreement that lets pirates run amok.

YouTube isn't saying too much about the nature of the deal, although it tells Recode that it's "pleased" to have renewed its deals. It stresses how much money it has paid to labels (over $1 billion between November 2015 and December 2016) and that this is key to expanding the global reach of YouTube Red. With that said, it's likely thanking its lucky stars that it hired former Warner exec Lyor Cohen as its music lead. Although we might never know how negotiations went down, it wouldn't be surprising if Cohen's deep connections to the music industry helped him keep Warner around when it would have otherwise been tempted to jump ship.

In this article: dmca, entertainment, google, internet, licensing, safeharbor, services, warner, warnermusic, warnermusicgroup, youtube
All products recommended by Engadget are selected by our editorial team, independent of our parent company. Some of our stories include affiliate links. If you buy something through one of these links, we may earn an affiliate commission.