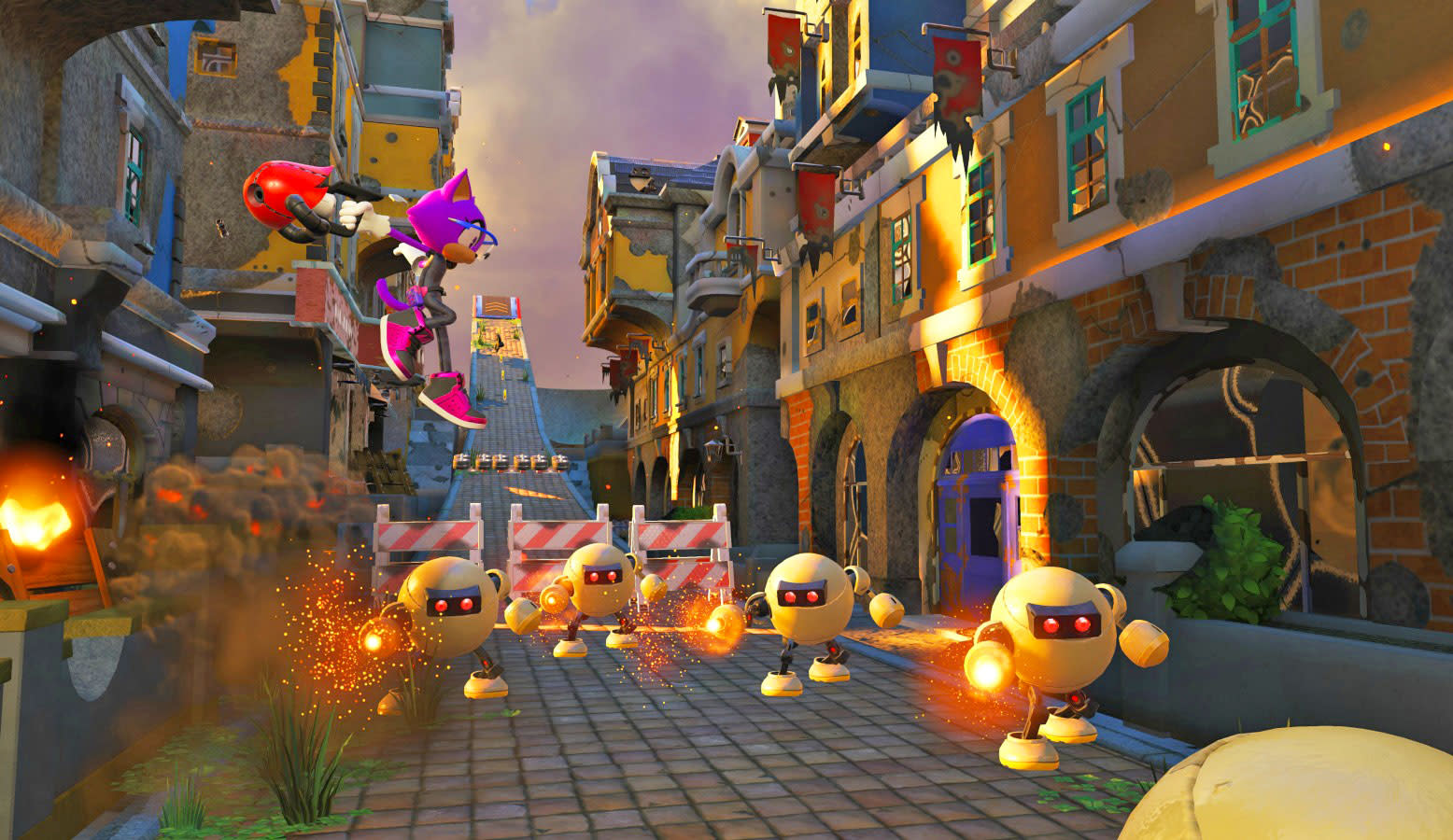 Until now, Sonic Forces has looked like Sonic Generations 2 in all but name. With trailers showing off levels that switch between classic side scrolling and the 3D perspective of Sonic's more modern adventures, you can forgive gamers for thinking they've played this all before. Today, however, Sega has revealed a third type of gameplay for Sonic Forces -- levels where you control your very own customizable hero.

With Sonic's cast of supporting characters not getting a lot of love from fans, Sega is throwing down the gauntlet to gamers and challenging them to do better. Players will be able to select one of seven different types of animal: wolf, rabbit, cat, dog, bear, bird and of course, hedgehog. While these options might just look like a way to bring fans' wildest DeviantArt dreams to life, each animal will also offer their own unique passive ability. Wolf characters, for example, are able to automatically draw in nearby rings while bird-based heroes are blessed with the life-saving ability to double jump.

Thankfully, these levels also introduce a few active gameplay tweaks, introducing a slightly different take on your usual rapid ring collection. Instead of just Sonic's standard platforming abilities, each loveably crafted mascot is also armed with a grappling hook and gadgets called Wispons. While the grappling hook allows players to traverse each level quickly, Wispons are versatile abilities that either come in the form of weapons or powerups that help you get around. It all sounds very Sonic Colors, but from where we're sitting, that's definite not a bad thing.

In this article: applenews, av, gaming, nintendo switch, pc, ps4, sega, Sonic, sonic forces, xbox one
All products recommended by Engadget are selected by our editorial team, independent of our parent company. Some of our stories include affiliate links. If you buy something through one of these links, we may earn an affiliate commission.