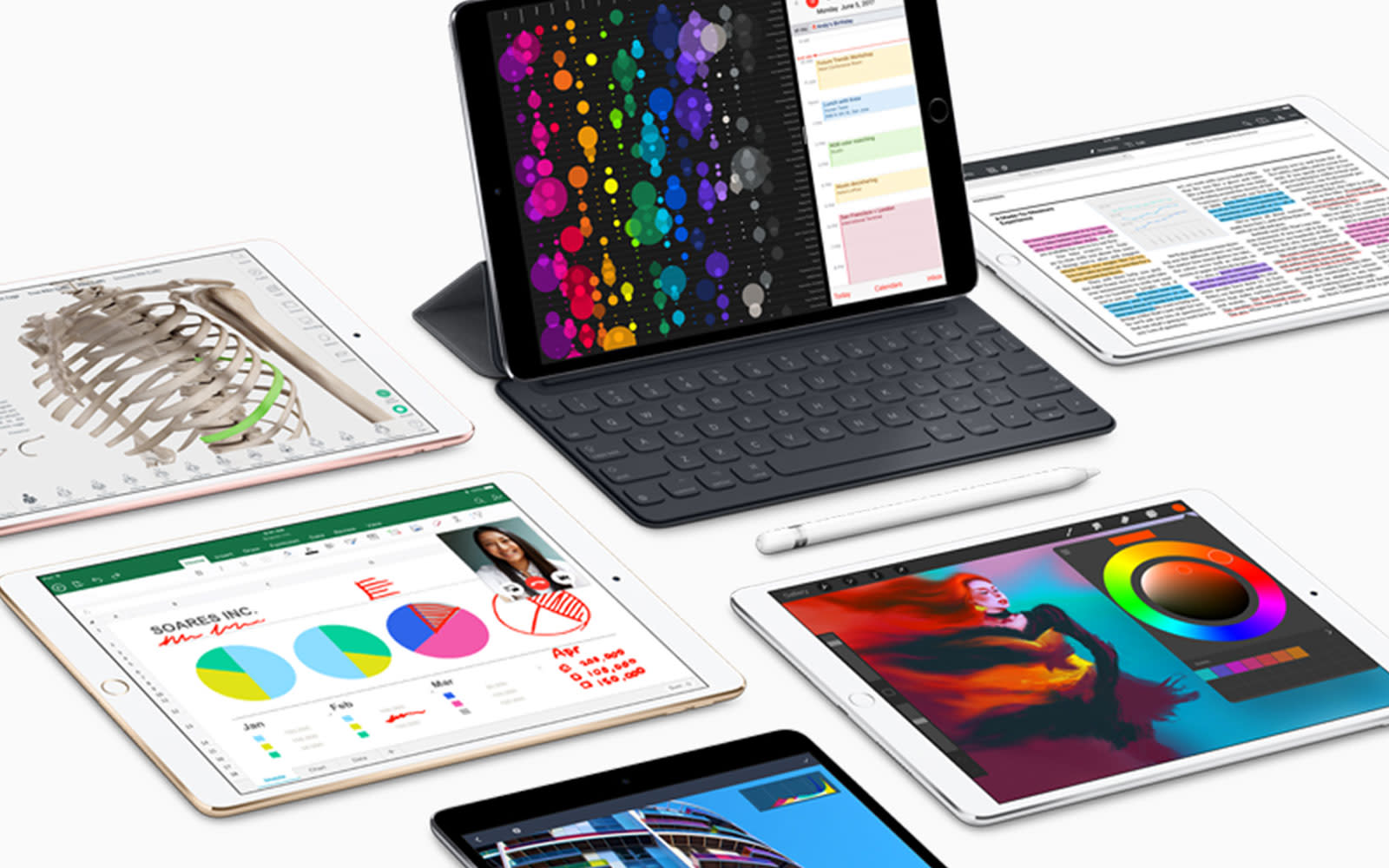 With Apple's new iOS 11, the company not only introduced a brand-new mobile OS for iPhones but also completely revamped the experience for iPads as well. Indeed, Apple Senior Vice President of Software Engineering Craig Federighi said this is the "largest iOS release for iPad" yet.

For one thing, the dock now holds way more apps than before, and you can hide and reveal it much like you can with the dock on macOS. There's even a little predictive area on the far right that guesses what app you're likely to launch next. What's more, you can pull an app from the dock directly to the screen to have it appear in a Slide Over split-screen windowed view. This, Federighi said, could be useful for multitasking.

Another handy feature is a new app switcher, which lets you not only swap out apps more quickly and easily by dragging and dropping but also lets you see previews of each app, much like you can on macOS. What's more, you can also flick on keys to access numbers and punctuation for even faster typing.

Also, remember that rumored Files app for iOS? It lives here, on the iPad. You can access all of your iPad's files, including nested folders and tags. Oh, and it even supports third-party storage folders from the likes of Dropbox and Google Drive.

The drag-and-drop functionality is improved as well. Now you can drag and drop a URL from Safari as well as images right into an email. Indeed, you can actually drag and drop multiple images into a single selection, by using one finger to hold the lot and the other finger to add to it. Also of note: If you added a folder to the aforementioned dock, you can tap and hold it to get access to recent files within the folder.

Last but not least, Apple also added more functionality to Pencil. For example, now when you screenshot something, that image will appear in a little thumbnail on the bottom left. Tap it and it'll zoom open, letting you instantly mark it up with Pencil. This is handy especially if you need to make quick notes to a photo or a drawing.

Another cool feature is something called Instant Notes. All of your handwritten notes are now text searchable, and you can also do inline drawings right in regular documents. Notes also now has a built-in document scanner: Simply take a picture of the document with your camera and you can start marking it up right away with Pencil. You can also open Notes directly from the Lock Screen by tapping Pencil on the display.

Developers can download iOS11 right now, but the rest of us have to wait until the fall.

In this article: apple, applenews, gear, ipad, mobile, wwdc2017
All products recommended by Engadget are selected by our editorial team, independent of our parent company. Some of our stories include affiliate links. If you buy something through one of these links, we may earn an affiliate commission.