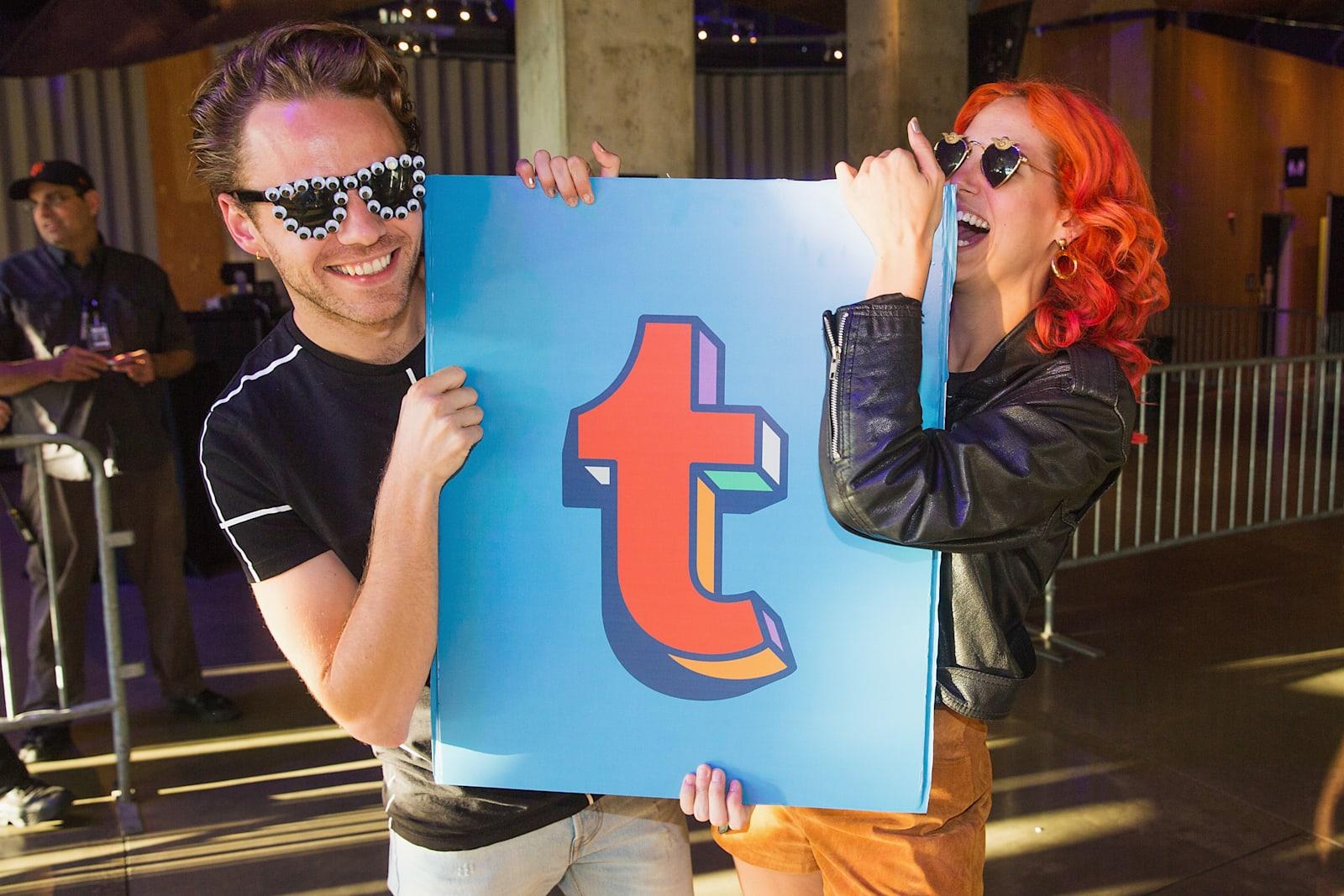 There's a lot of porn on Tumblr. Over a fifth of content on the site (disclaimer: it's a sister brand through Verizon's Yahoo purchase) is adults-only, if you ask the analytics firm SimilarWeb. And that's a problem if you're surfing from work or giving access to your kids, since there's a real chance you could see some naughtiness. Tumblr is ready to help out beyond its existing filtering options, though. It's introducing a safe mode to its mobile and web apps that hides sensitive material from view. You can still click to see the content if you're over 18, but it won't be visible right away. Also, Tumblr is keen to add that this includes all "sensitive" material, not just naked bodies.

The feature is strictly opt-in, and it's easy to revert back. However, it's also being joined by some tweaks to how you find content. Tumblr is now hiding explicit blogs (that is, those with sexually graphic material) from web search results for anyone who's logged out or under 18. Direct links will still work, but you won't stumble across something saucy by accident.