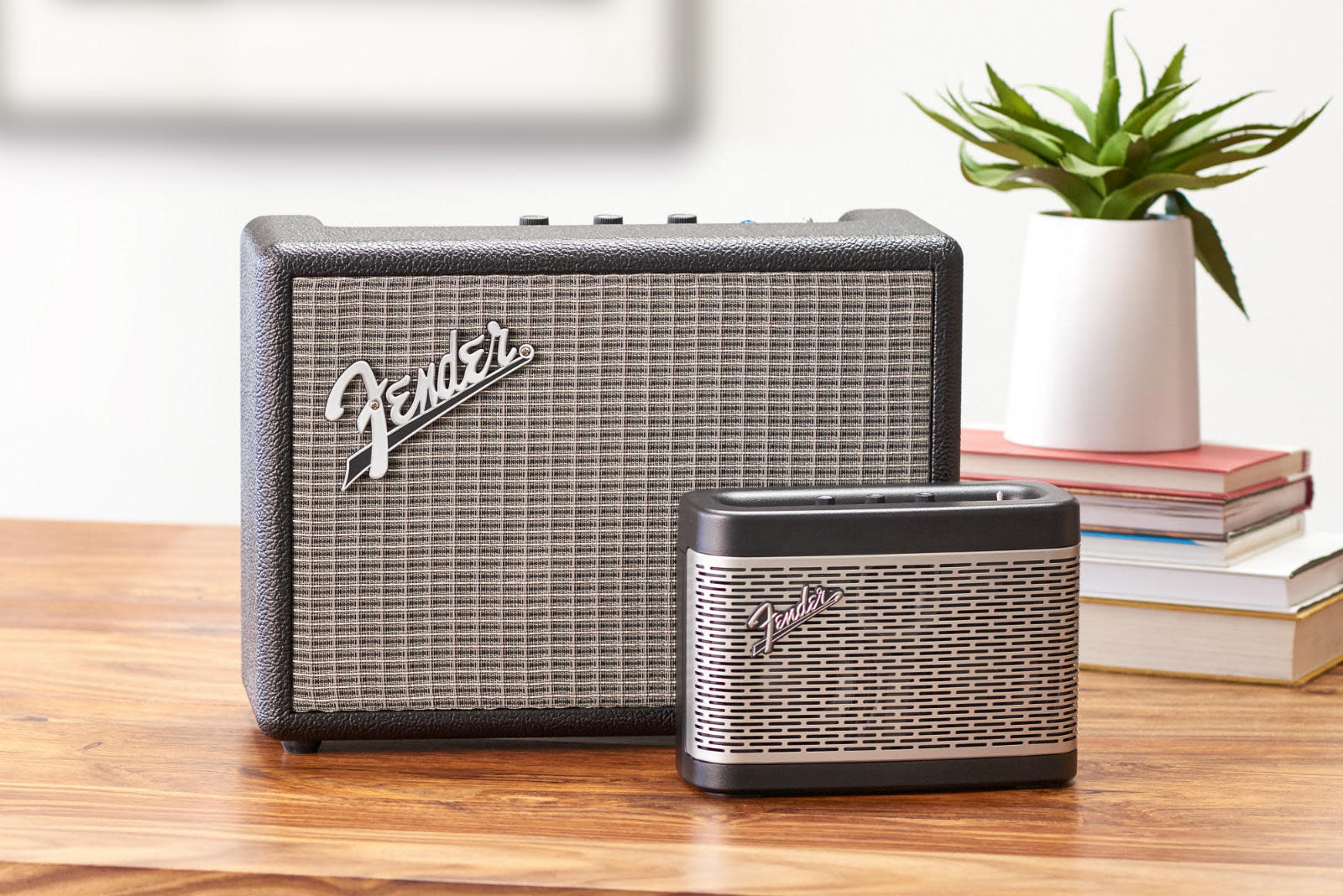 Fender's first set of Bluetooth speakers is unmistakably on brand. For better and for worse, the compact Newport and its bigger brother the Monterey resemble guitar amps. Both come complete with adjustable volume knobs (so you feel like you're tuning the sound) and imposing metal grilles. But with the company also promising "high-quality digital audio," their appeal may stretch beyond the classic rock crowd.

The pricier, and larger, Monterey model packs two 5.12-inch woofers and two 1-inch tweeters. The speaker's 120 watts of audio come at the expense of portability, as it requires an AC connection. Like its smaller sibling, the Monterey includes an amp-style power switch and a blue LED jewel light. At $349.99, it faces stiff competition from the stylish Bose SoundLink Revolve Plus, which boasts 360-degree sound at a cheaper $300.

The Newport, on the other hand, runs on batteries, with enough juice to last 12 hours. It's hard to picture the rigid speaker at pool parties and on the beach, but it's compact enough to be carried around. In terms of sound, its two full-range drivers and tweeter churn out 30 watts of audio. Additionally, its built-in microphone means you can also use it to take calls. Again, at $199.99, there are plenty of cheaper alternatives out there. And you'll probably want to scope out its closest match in terms of design; the costlier Marshall Stockwell. But that's something Fender is probably aware of, seeing as it's entering an already crowded marketplace. Both speakers are now available online at Fender's website and in-store.

In this article: BluetoothSpeaker, fender, gadgetry, gadgets, gear
All products recommended by Engadget are selected by our editorial team, independent of our parent company. Some of our stories include affiliate links. If you buy something through one of these links, we may earn an affiliate commission.