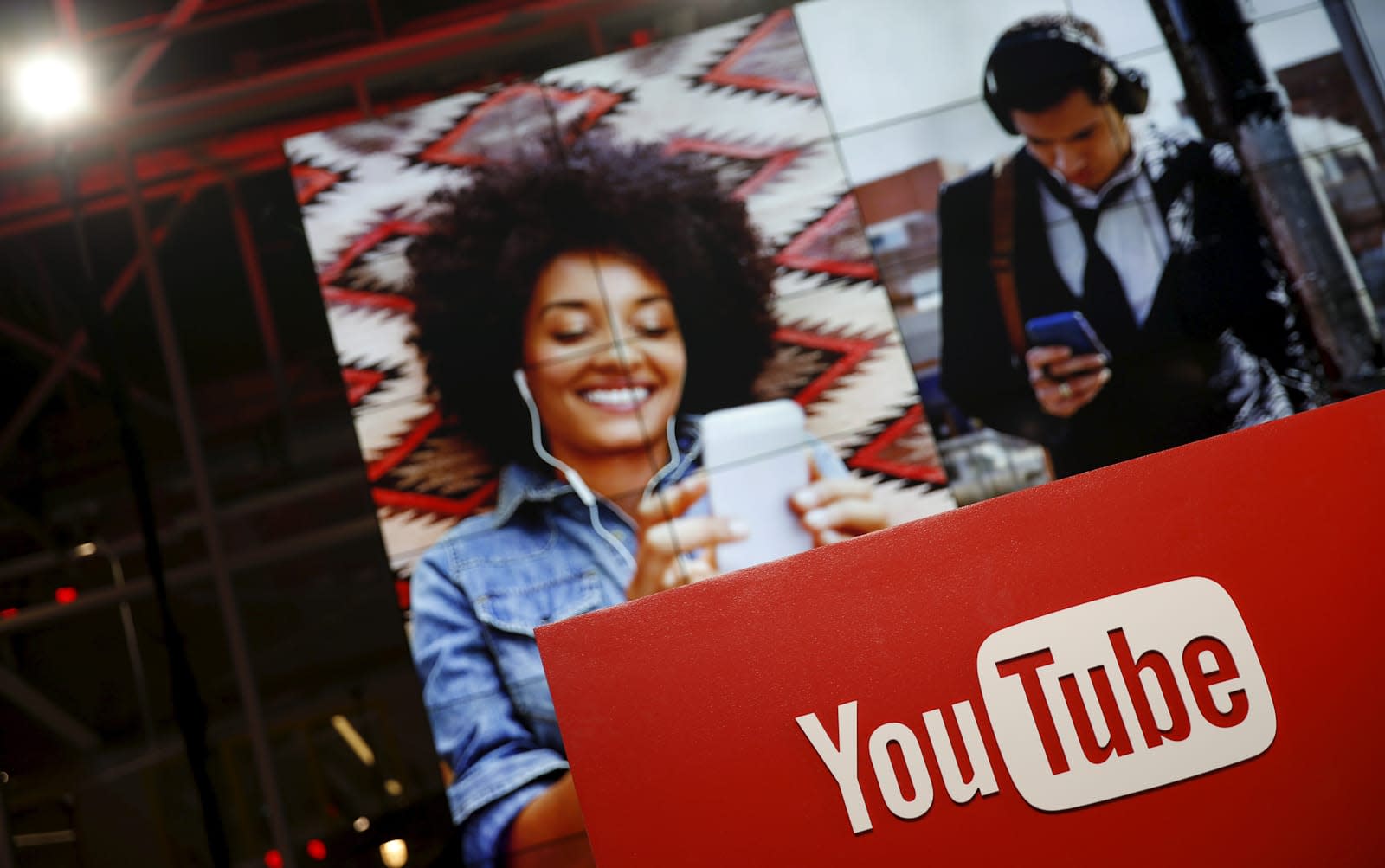 The difference between regular and sponsored videos is often unclear.

Beyonce, Justin Bieber, Kim Kardashian and Kendall Jenner are just some of the celebrities under the microscope for using social media to shamelessly plug sponsored products. Advertising without proper disclosures has become a growing problem with influencers that have thousands or millions of followers on Facebook, Instagram and Twitter. And it's happening on YouTube as well, where it's often hard to tell whether videos from big-name "content creators" are paid ads or genuine reviews.

Your favorite YouTubers are covering smartphones, makeup, clothing, sneakers, video games and other consumer goods. But how do you know if they're doing it because they simply love something or if it's a brand endorsement? There's nothing wrong with the latter, though it does turn problematic if they're not telling you about it. And as the influence of YouTube personalities grows, particularly among millennials, more and more companies are looking to those personalities to promote their products. YouTube's guidelines are quite clear. Creators need to be transparent both on its backend (read: ticking a box in settings) and with viewers: "All Paid Promotion needs to conform to our Ad Policies. In addition, creators and brands are responsible for understanding and complying with their legal obligations to disclose Paid Promotion in their content, including when and how to disclose and to whom to disclose (so be sure to check and comply with your legal obligations)."

A spokesperson added, "Our policies make it clear that YouTube content creators are responsible for ensuring their content complies with local laws, regulations and YouTube community guidelines. If content is found to violate these policies, we take action to ensure the integrity of our platform, which can include removing content." The issue is that, often, YouTubers tend to believe that by saying "X company sent me this," they're doing their due diligence. This may be enough if a brand sent a product without any expectations but not if there was compensation in exchange for coverage.

Rules from the Federal Trade Commission, the government agency tasked with protecting consumers in the US, requires that any paid partnership be explicitly labeled as "ad" or as "sponsored." Anything else beyond that could be considered a violation of the FTC Act. Last year, the FTC settled charges with Warner Bros. for deceiving consumers during a marketing campaign for the game Middle Earth: Shadow of Mordor. The company failed to disclose that it paid "thousands of dollars" to YouTubers -- including megastar PewDiePie, who has more than 56 million subscribers -- to post positive reviews on Google's platform and other social media sites.

There was a similar case in 2015, when the FTC filed a complaint against YouTube network Machinima for deceptive advertising of Microsoft's Xbox One. Machinima paid a number of influencers to endorse the console and "several of its games," none of which disclosed that they received compensation "for their seemingly objective opinions." The audience appreciates upfrontness and honesty. Their appetite for bullshit is short and no one likes feeling duped.

Casey Neistat, one of the biggest YouTubers of the moment, says that it's important for video makers on the site to always be honest with viewers. "The audience appreciates upfrontness and honesty," he says. "Their appetite for bullshit is short and no one likes feeling duped. If the content is good, ad or not, it's usually appreciated, but transparency is very important when communicating with an audience that signed up for you (the person), not the ads." Neistat, who has nearly 8 million subscribers on YouTube, recently received backlash over a video titled "FIRST DAY OF SUMMER," which was made after Samsung asked he if could show off the camera features of the Galaxy S8.

Neistat says he was was paid to make it, but there's no sign of it being an advertisement on the video itself or in the description of it. There's only a message at the end of it that reads, "This video was filmed entirely on the Galaxy S8. Every single shot. No color correction. #NoFilter." You can see why his audience might feel he tricked them into watching a commercial. Part of the confusion, along with there not being a clear "ad" or "sponsored" label on the video, is that Neistat is essentially a brand ambassador for the South Korean giant. He was even featured in a TV ad for Samsung products during the Oscars earlier this year. Casey Neistat speaking at VidCon in 2016

The FTC declined to comment for this story, but Engadget learned that the agency's Endorsement Guidelines also apply to paid brand ambassadors. In other words, while these individuals may not necessarily need to label online content with the words "ad" or "sponsored," they are still required to be fully transparent about their business partnership with any company.

Jacques Slade, who runs a popular YouTube channel about sneakers, says one of the main issues is properly educating influencers on the ethics and laws they should be following. "I think a lot of it is probably more ... I don't want to say ignorance, because that sounds like a really harsh word, but a lack of understanding when it comes to branding, deals and stuff like that," he says. Slade, known as Kustoo on YouTube, says he's always honest with his audience and makes it a top priority to disclose when a company sends him a product to review -- which he may end up keeping "for free." Although he doesn't label some of his videos as ads because he wasn't paid to make them, he lets viewers know when it's not something he bought himself.

According to a source who works for brands that have relationships with YouTube influencers, as long as there's a financial compensation, they are told to label their videos as "ad" or "sponsored." If they don't, the clients will follow up and make sure it gets done. "The rule of thumb is that when there is an 'expectation for coverage,' whether there is an exchange of money, a unique experience or anything else," the source said, "'sponsored or 'ad' is required." The problem is, it seems some YouTubers simply don't do it. YouTube says it will remove content if that's the case, but a source claims the company has never actually taken those measures.

"I am always tempted to make a fun explainer video to help inform new creators," Neistat says. "But there's a liability that goes with being the arbiter of information like that, and I am not sure I am willing to assume it." He's probably right to avoid taking on that responsibility. It should be on the brands who pay influencers, YouTube and even the FTC. That said, Neistat believes that his fellow YouTubers should "assume a greater responsibility," because ultimately they're only hurting their own reputation and the people who love watching them.