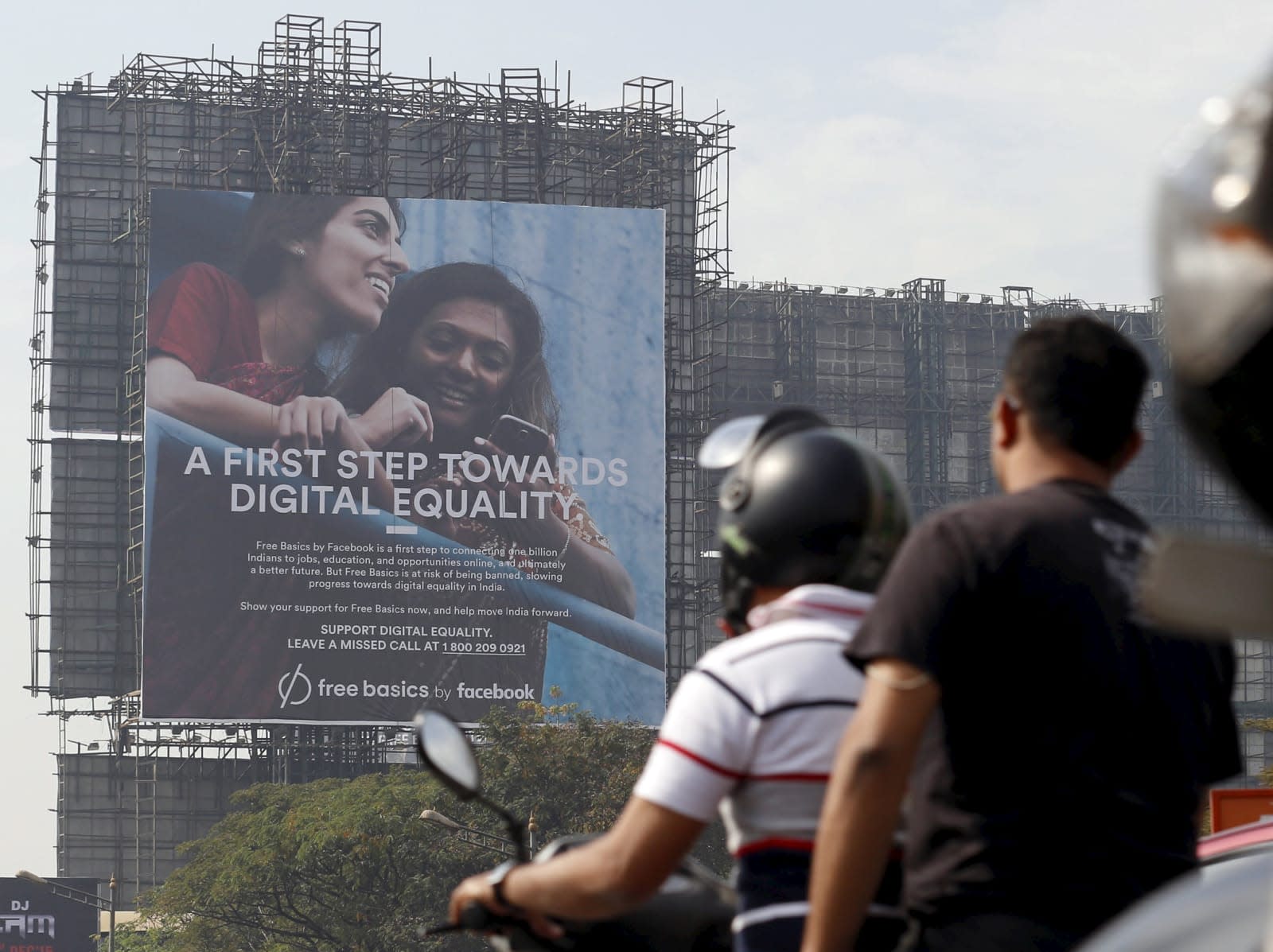 Facebook's successor to its Internet.org "web for all" service, Free Basics, has had a troubled rollout. India notoriously shut it out of the country back in February 2016 for violating net neutrality (prioritizing Facebook services), with Egypt blocking it months later over privacy concerns. Still, the social titan has deployed Free Basics' free internet to 63 countries in Africa, Asia and Latin America -- and wants to bring it to the United States soon. But a report released today criticizes the service's shortcomings and claims its decision to allow access to some sites but not others violates net neutrality.

Citizen media nonprofit Global Voices summarized their 36-page paper with several key complaints. First, Free Basics does not adequately meet the linguistic needs where it operates, especially in its failure to operate in more than one language in multilingual countries like Pakistan and the Philippines. The thousand-odd sites supported by the service are mostly provided by corporations in the US and UK, leaving a huge gap of services relevant to local issues and needs. In short, it doesn't connect users to the full internet -- and even prevents them from accessing competing social media services -- but continues to collect data on them.

It's this prioritized access to some services, and continually pressuring users to sign up for Facebook's app, that leads Global Voices to claim Free Basics violates net neutrality. The platform separates third party services into two tiers: Those that meet particular technical requirements that are difficult for low-resource organizations to fulfill (as well as route their traffic through Facebook's servers) which are prominently presented, and those that don't which are tucked away. Further, Free Basics pointedly doesn't include email -- or even Twitter -- limited user ability to communicate online. Plus, Facebook is harvesting user behavior data the whole time.

This isn't surprising criticism, given India's resistance to these very practices -- not just from Free Basics, but from every "zero-rating" service, as they're known. But beyond the report's broad complaints are specific statistics suggesting people aren't even using Free Basics for its intended purpose as a primary internet connection. A survey of 8,000 Free Basics users by the Alliance for Affordable Internet found that only 12 percent had never been on the internet before. Furthermore, 35 percent use Free Basics as a supplementary service to regular data plans and public WiFi.

When reached for comment, Facebook rejected the sample size of the study as not representative of its many users.

"Our goal with Free Basics is to help more people experience the value and relevance of connectivity through an open and free platform," a Facebook spokesperson said. "The study released by Global Voices, and the subsequent article in the Guardian, include significant inaccuracies. The study, based on a small group of Global Voices contributors in only a handful of countries, does not reflect the experiences of the millions of people in more than 65 countries who have benefited from Free Basics."

In this article: facebook, freebasics, internet, services
All products recommended by Engadget are selected by our editorial team, independent of our parent company. Some of our stories include affiliate links. If you buy something through one of these links, we may earn an affiliate commission.