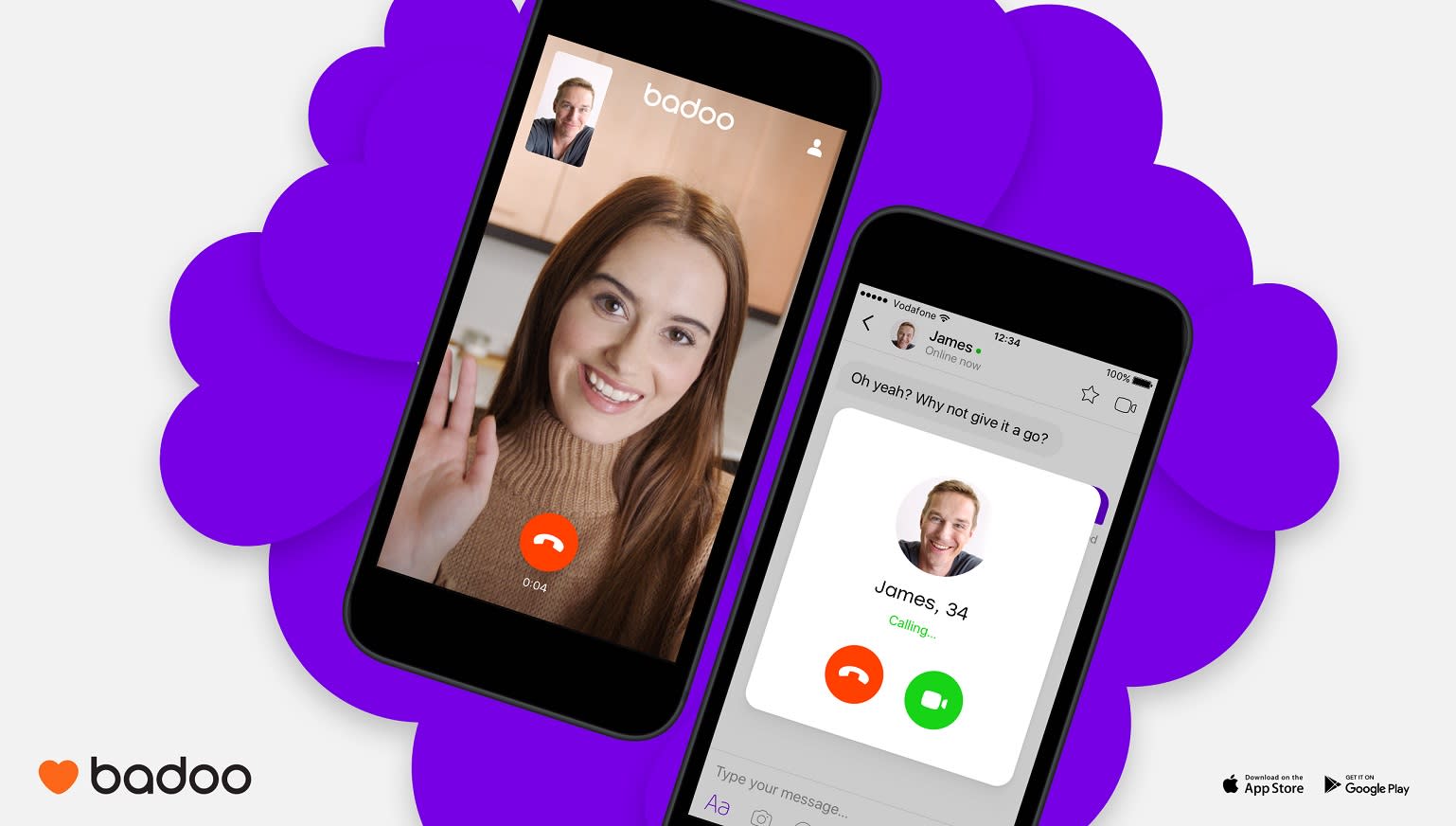 Dating apps have been slow to adopt video functionality. Big shot Tinder bought a video service in February but hasn't announced plans to add its functionality, while Hinge just included user-made movie clips for profiles -- a feature that Badoo launched last year. Today, the UK-based dating service is taking another step forward and adding video chat straight into the app, so users can move past text and talk in real-time.

You'll have to exchange at least one message each before video chats become available, so at least users won't get spammed with calls from randos they haven't chatted with. Badoo is pitching it as an added layer of security, giving folks the opportunity to see if anybody sets off their creep alarms before meeting in person. But it's also good for anyone who wants to vet someone a little further before committing to a night out.

Obviously, it's optional, and users who take privacy seriously won't be inclined to video chat with strangers. That's a good reason why dating apps have been shy to adopt any sort of video: In January, Bumble said it would add Snapchat-style disappearing profile videos, but those are definitely non-interactive. Contrast that with Hotline, the app that forces matched pairs to have a five-minute voice call before they can text chat, and Badoo's video chat option seems like a middleground that more dating services might follow up on.

In this article: Badoo, dating, DatingApps, services, video, VideoChat
All products recommended by Engadget are selected by our editorial team, independent of our parent company. Some of our stories include affiliate links. If you buy something through one of these links, we may earn an affiliate commission.