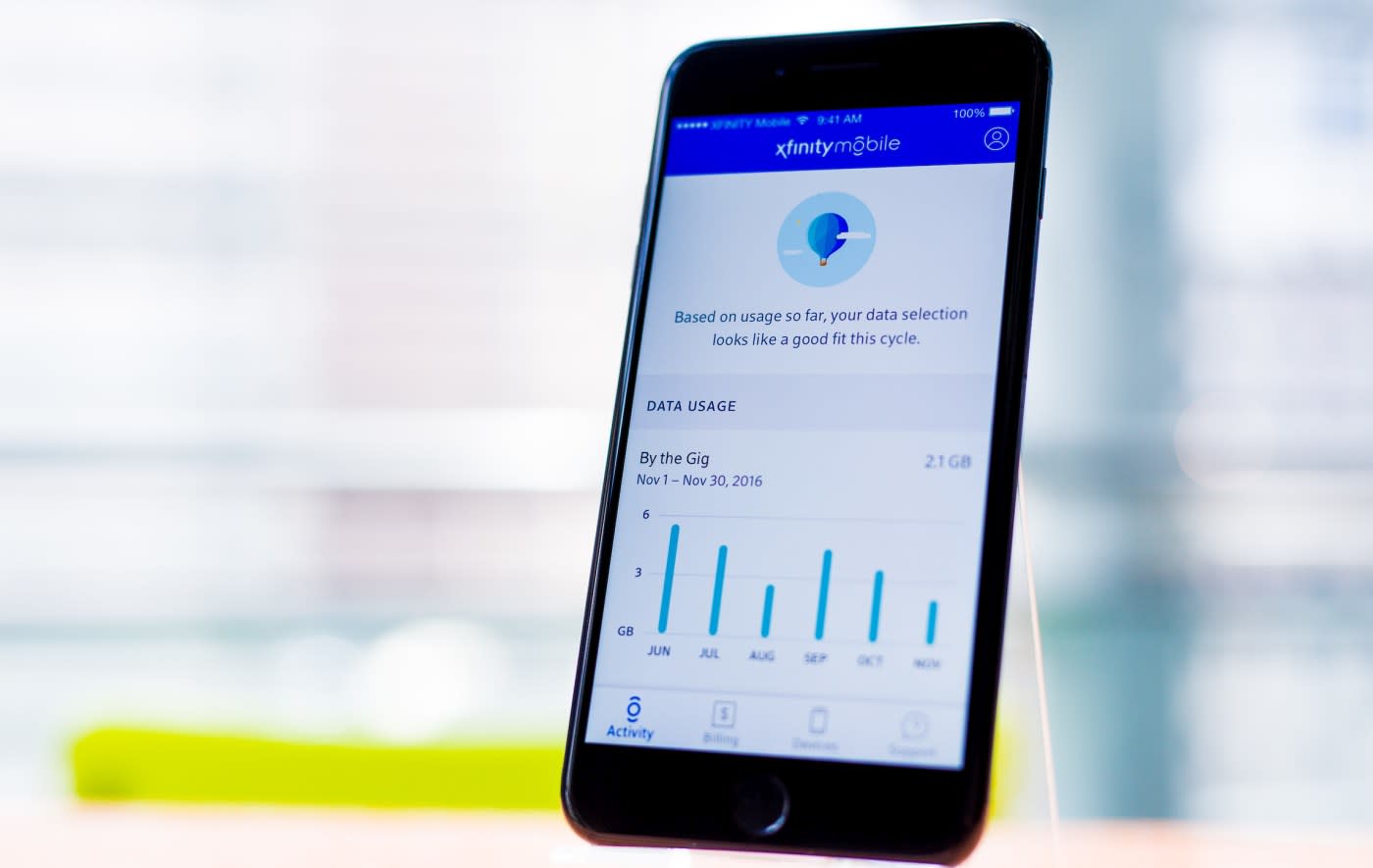 If you're using Comcast's Xfinity internet service anywhere in the US, you can now get on the company's Xfinity Mobile service, too. Just over four months after it was first revealed, Comcast has completed the rollout of the service (powered by Verizon's network) "across all of its sales channels," it says. Comcast has since simplified the plans, and now simply offers either a $45 per month "unlimited" offering, or $12/GB if you'd rather go à la carte.

When Xfinity Mobile was announced in March, Comcast was offering the preferential $45 rate only to top-tier Xfinity X1 customers, while others had to pay $65, but that's no longer the case. Both the per GB and unlimited plans require Xfinity broadband service, and you're switched to Xfinity WiFi hotspots automatically when they're available. The "unlimited" service is also throttled after you hit 20GB of data.

There's another catch, too: You can't bring your own device to the service. Instead, you need to buy or rent a smartphone from Comcast -- it charges $650 for an iPhone 7 ($27.08 per month) and $532 for a 64GB Galaxy S8 or $22.17 per month, for instance. If you're renting the device, the entire amount is due if you don't maintain at least your Xfinity TV, internet, voice or mobile service. A Reddit user noticed, however, that if you have a Nexus 6 or other Verizon branded phone, you can buy the cheapest Xfinity Mobile phone for $158, and simply put the SIM card in your other device (try it at your own risk).

The rollout speed of the service has been impressive, though Comcast has been planning it with Verizon since at least 2011. Despite a few catches, it could be a good deal if you're already on Xfinity broadband -- the per-GB offering in particular could be interesting for folks that don't use a lot of data. Just don't forget that you'll have to brave Comcast's notoriously bad customer service.

In this article: 4G, Broadband, Bundle, Comcast, ComcastMobile, LTE, mobile, Verizon
All products recommended by Engadget are selected by our editorial team, independent of our parent company. Some of our stories include affiliate links. If you buy something through one of these links, we may earn an affiliate commission.