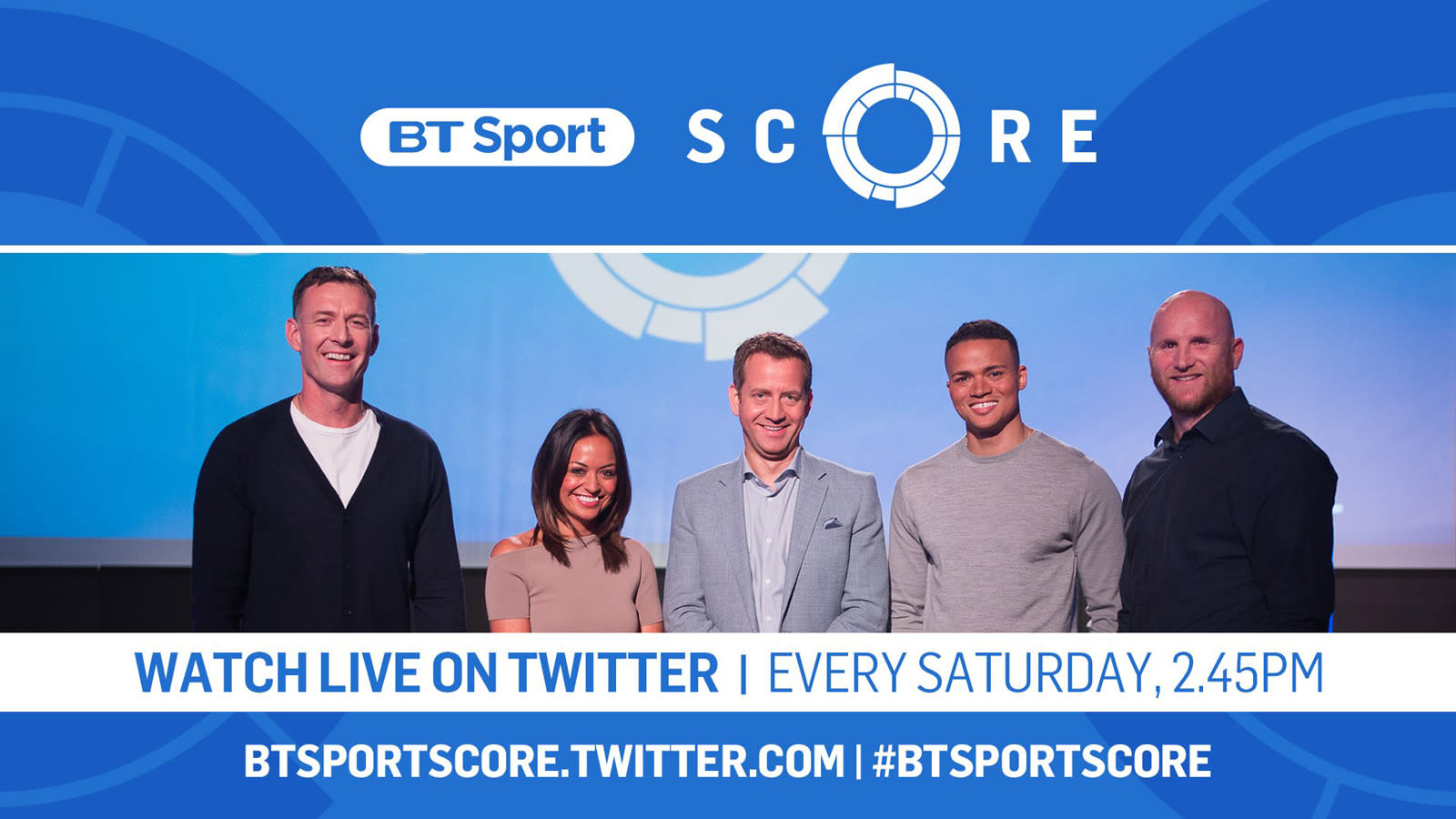 Twitter has recently been the forum of choice for many weird, wannabe-viral transfer announcements, but BT will soon be taking to the social network for more serious football coverage. Just as we start digging our teeth into the new Premier League season, BT Sport will begin livestreaming its news, analysis and footy results show "Score" on Twitter for any Brit to watch for free.

The Twitter tie-in kicks off this Saturday on @btsportscore, where pundits will begin reacting to results and news from around 2:45PM. It's more or less an informative, weekly advert meant to tempt you into paying for the full BT Sport package, of course; or, as BT puts it, "an opportunity to sample a slice of BT Sport's premium schedule."

Both BT and Sky have engaged in similar tactics before. Last year, BT broadcast both the Champions and Europa League finals on YouTube, while Sky tweeted goals and other highlights as they happened, as well as streaming its own footy results show on Facebook and YouTube. For BT, though, it's especially important to show non-subscribers what they're missing, having earlier this year made the previously free BT Sports channels a paid extra for BT TV customers.

In this article: av, btsport, btsportscore, entertainment, football, internet, livestream, soccer, sport, twitter
All products recommended by Engadget are selected by our editorial team, independent of our parent company. Some of our stories include affiliate links. If you buy something through one of these links, we may earn an affiliate commission.