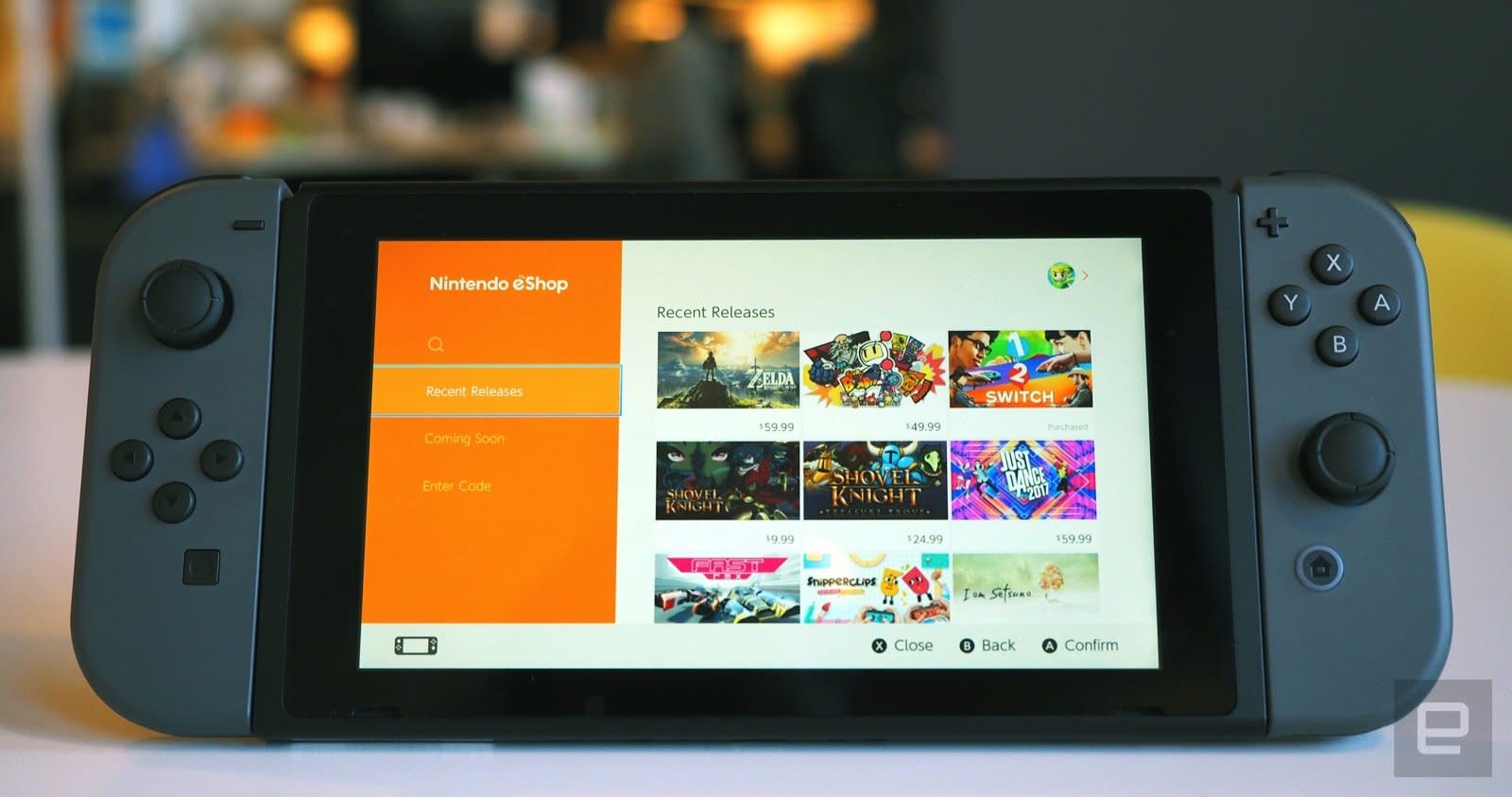 PayPal has been on the Xbox One and PS4 stores since day one of each, but so far, Nintendo users haven't had the option. That has changed, though, as Nintendo says that Switch owners can now pay for games with PayPal directly on the console's eShop or at its web store. Wii U and 3DS owners, meanwhile, can't use PayPal directly from their consoles, but can use the payment service to buy games from Nintendo's online store.

PayPal first arrived to Switch owners in Japan, Nintendo Everything noticed, but has now rolled out around the world, including North America and Europe. The payment system effectively fulfills Nintendo's promise to make the Switch a region-free system, as it's nearly universally available.

It could also be preparation for the $4 per month ($20 per year) launch of the paid multiplayer system in 2018 (currently the service is free). As mentioned, Wii U and 3DS owners still don't have a PayPal option in their eShops, but can use PayPal to buy digital games on Nintendo's website.

PayPal has been pushing its services hard, recently getting on Apple Pay, Samsung Pay and Skype via a "Send Money" feature. Rumors have floated up over the past month or two that Amazon, which did $135 billion in sales last year, may launch a competing service.

Nintendo still has quite a few items on its Switch to-do list, as it plans to launch apps like Netflix, and still doesn't even have YouTube. Those should come, but don't hold off any Switch binge-watching plans, as the apps aren't expected soon.

In this article: Apps, av, gaming, Nintendo, PayPal, Purchases, Switch
All products recommended by Engadget are selected by our editorial team, independent of our parent company. Some of our stories include affiliate links. If you buy something through one of these links, we may earn an affiliate commission.