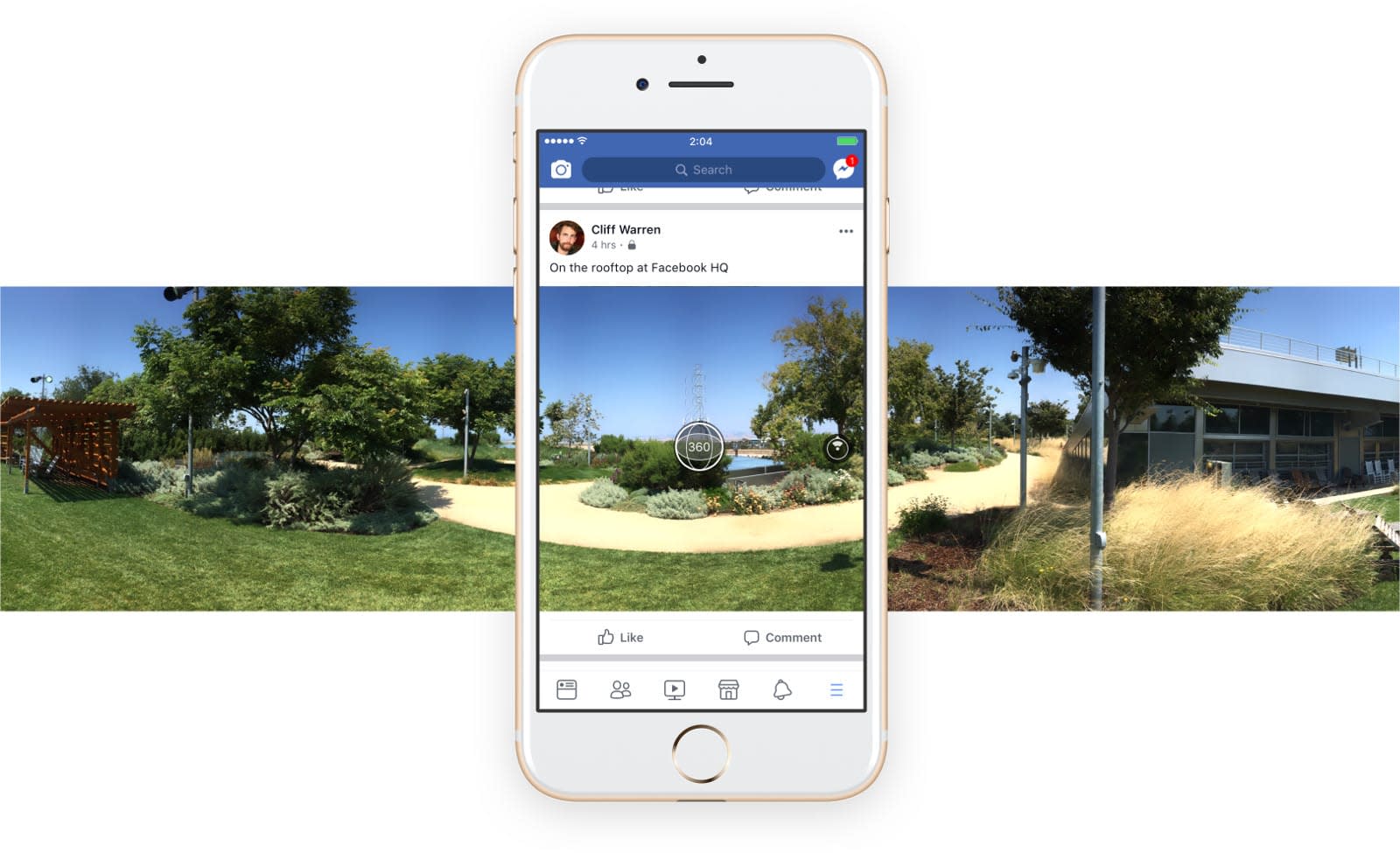 Ever since Facebook added 360-degree photos to your news feed last year, more and more images of this type have appeared. You can even take and share these full-circle images right from your mobile device, as well, making them even more ubiquitous. Finding them is even easier with Facebook's Gear VR app, too. As reported by VentureBeat, the social network is now using deep neural networks to analyze 360-degree photos to fix the image orientation for a better viewing experience, especially in VR.

When you take a 360-degree photo, it's easy to end up with a tilted shot if you don't hold the camera in line with the horizon for the full capture, says VentureBeat's Blair Hanley Frank. This makes it even worse to view in VR. Facebook's new system — which isn't yet in production use — is based on AlexNet, a convolutional neural network originally created in 2012. VentureBeat also reports that Facebook has a system in place to deal with 360-degree photos' large file sizes, too. The company converts the images into cubes and then stores them at different resolutions. As users access the photo, Facebook's AI calculates which resolution needs to be loaded to give the viewer the best possible view, even at lower resolutions. Again, the system is still in the research phase so there's no indication when or if you'll be able to use it.

In this article: 360-degree, 360-degreePhotos, AI, convolutionalneuralnetwork, facebook, gear, internet, mobile
All products recommended by Engadget are selected by our editorial team, independent of our parent company. Some of our stories include affiliate links. If you buy something through one of these links, we may earn an affiliate commission.