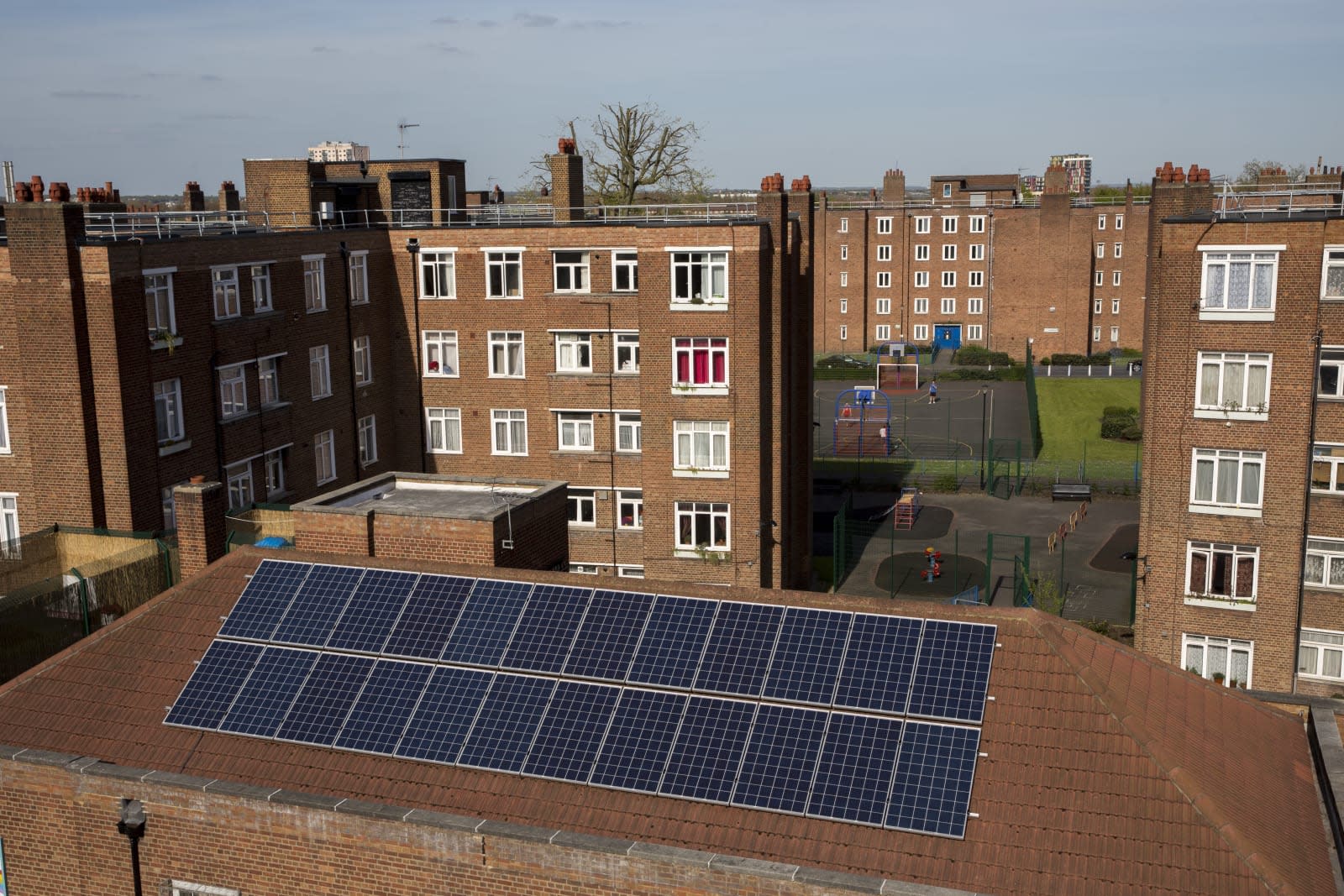 One of the biggest ever green energy schemes in the UK is set to provide clean energy for as many as 800,000 low-income homes over the next five years, renewable energy provider Solarplicity has revealed. As part of a £160 million investment from Netherlands-based Maas Capital (part of the ABN AMRO Bank), the company will provide 100,000 households with free solar panels over the next 18 months and hopes to reach its target within five years.

The aim of the £1 billion project is to help individuals and families living in social housing by saving them an average of £240 a year. The harvested energy won't be free, but offered at a significantly reduced rate. If it meets its potential, the scheme could save tenants up to £192 million in total.

Already, 40 "social landlords" -- including many local authorities -- are on board, with the majority of them located in the North West. Over 290,000 homes in towns like Oldham and Bradford will benefit from the project, followed by the North East and the Midlands.

The deal is set to create over 1,000 new jobs for people who will be tasked with installing and maintaining the panels. Solarplicity says that many of the positions will be offered to military veterans, who will be retrained for new maintenance careers.

The companies involved will profit from the scheme by way of the government's feed-in tariff, which pays households that generate their own electricity via renewable methods. Tenants will contribute towards the energy cost, but they'll also be given low-energy LED bulbs and smart meter in order to better manage their consumption.

In this article: gear, green, lowincome, poverty, solar, solarplicity, tomorrow
All products recommended by Engadget are selected by our editorial team, independent of our parent company. Some of our stories include affiliate links. If you buy something through one of these links, we may earn an affiliate commission.