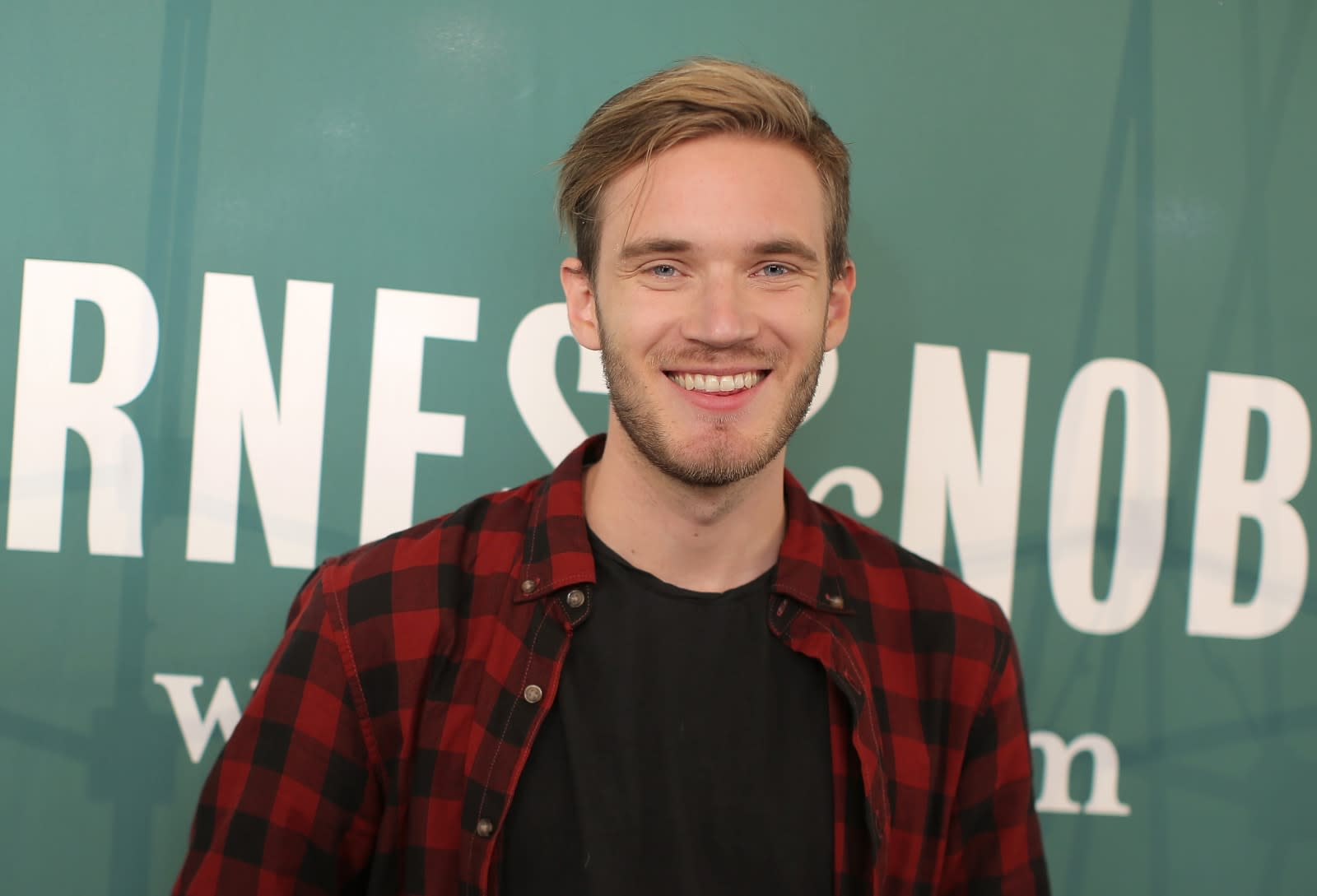 Felix "PewDiePie" Kjellberg is back in the headlines for, once again, expressing racist sentiment in one of his YouTube videos. During a stream of PlayerUnknown's Battlegrounds, the world's most popular YouTuber said the n-word during an expletive-filled rant.

This is not the first time that Kjellberg has been caught expressing slurs related to people of other races and religions. Earlier this year, the star paid men -- using the service Fiverr -- to hold up banners bearing the phrase "Death to all Jews."

PewDiePie, the biggest YouTuber, on his livestream: 'What a fucking n-word'. pic.twitter.com/mISevBEn4T

Kjellberg's relationship with race, and racially-charged language, has earned him a measure of censure in the past. In that earlier incident, Disney's Maker Studios cancelled a lucrative deal to produce TV, apps and merchandise under the PewDiePie brand.

At the time, PewDiePie said that he commissioned the stunt as a way of exposing "how crazy the modern world is." That wasn't enough for YouTube to cancel his YouTube Red series, Scare PewDiePie, although he remains on the site.

This time around, Kjellberg has caused the game developer Campo Santo, which made Firewatch, to distance itself from him. Studio co-founder Sean Vanaman said that Campo Santo would use DMCA takedowns to remove PewDiePie videos that feature Firewatch.

On Twitter, Vanaman added that he was "sick of this child getting more chances to make money off of what we make." He went on to say that the association of his games with PewDiePie stands as "endorsement" of a "propagator of despicable garbage."

He's worse than a closeted racist: he's a propagator of despicable garbage that does real damage to the culture around this industry.

As Kotaku points out, no matter how right Vanaman may be, he also stands on some pretty shaky ground regarding YouTube and game videos. It's plausible that Campo Santo sent PewDiePie a review code of Firewatch, and so tacitly endorsed his playing of the title for the advertising.

In addition, YouTube playthrough videos are either monetized by the studio, or they turn a blind eye to it in the hope of raising a game's profile. Then there are the YouTubers themselves, who believe that, so long as they are offering commentary or criticism, they are protected under fair use.

As of publication, the video in question is unavailable, and we can expect both sides of the debate to litigate in the court of public opinion. Which will distract everyone from the real issue here. which is how badly someone can behave so long as they're still a good revenue generator.

Update: Kjellberg has published a video apologizing for his actions, saying that he is "an idiot."

Comments to this article were open for the first 24 hours after publication only and have since been closed.

In this article: FelixKjellberg, gaming, gear, google, internet, PewDiePie, PlayerUnknownBattlegrounds, Racism, Slur, video, YouTube
All products recommended by Engadget are selected by our editorial team, independent of our parent company. Some of our stories include affiliate links. If you buy something through one of these links, we may earn an affiliate commission.
Share
Tweet
Share