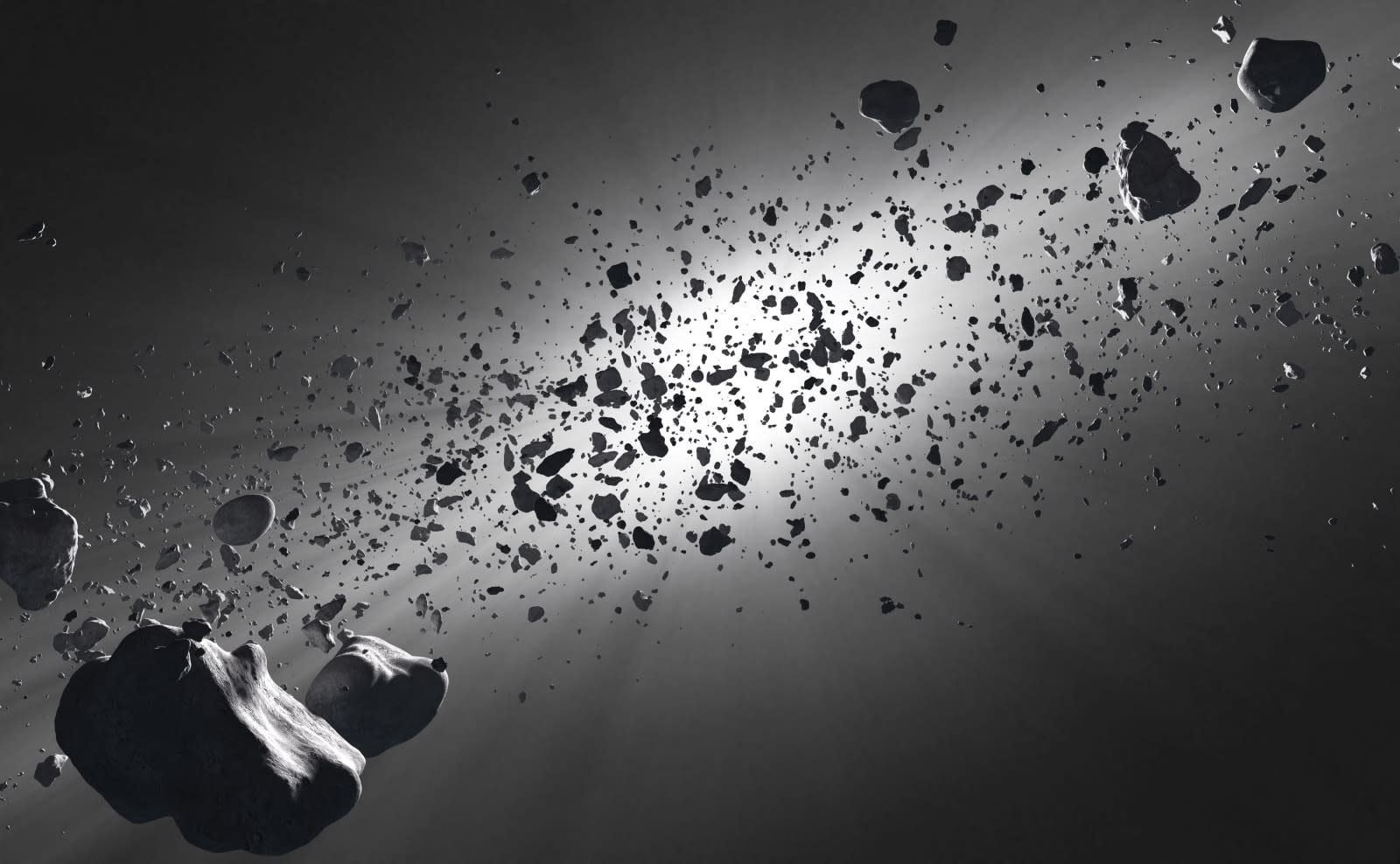 Researchers at the Finnish Meteorological Institute (FMI) presented a mission plan today at the European Planetary Science Congress that would allow scientists to observe hundreds of asteroids over the course of just a few years. Their plan is to send 50 nanoprobes -- small space instruments -- into the asteroid belt that lies between Mars and Jupiter to take images and chemical measurements of around 300 large asteroids. "Asteroids are very diverse and, to date, we've only seen a small number at close range. To understand them better, we need to study a large number in situ. The only way to do this affordably is by using small spacecraft," FMI's Pekka Janhunen told Popular Mechanics.

The five kilogram probes would be affixed with a tiny telescope and a spectrometer that would analyze chemical samples from the asteroids. The nanoprobes would be propelled through space with electric solar wind sails, or E-sails. The E-sail would be composed of the main spacecraft, a smaller remote unit and a 20-kilometer-long tether that connects the two. That tether would be kept at a positive charge so that when positive ions emitted by the sun and traveling through space come in contact with it, they'll repel each other, giving the probe a nice boost.

Each probe would analyze six or seven asteroids and then swing back towards Earth to unload their data, which would negate the need for the large antennas that distant data transmission requires. The whole mission could take just over three years to complete and the researchers estimate it would cost around $72 million -- a bargain for space missions.

The mission hasn't been approved or picked up by a space agency yet, but the information they could gather would be incredibly useful. "The nanosats could gather a great deal of information about the asteroids they encounter during their tour, including the overall size and shape, whether there are craters on the surface or dust, whether there are any moons, and whether the asteroids are primitive bodies or a rubble pile," said Janhunen. "They would also gather data on the chemical composition of surface features, such as whether the spectral signature of water is present."

You can read the conference paper here.

In this article: asteroid, e-sail, gear, nanoprobe, research, space, SpaceMission, SpaceProbe, spectrometer, telescope, tomorrow
All products recommended by Engadget are selected by our editorial team, independent of our parent company. Some of our stories include affiliate links. If you buy something through one of these links, we may earn an affiliate commission.