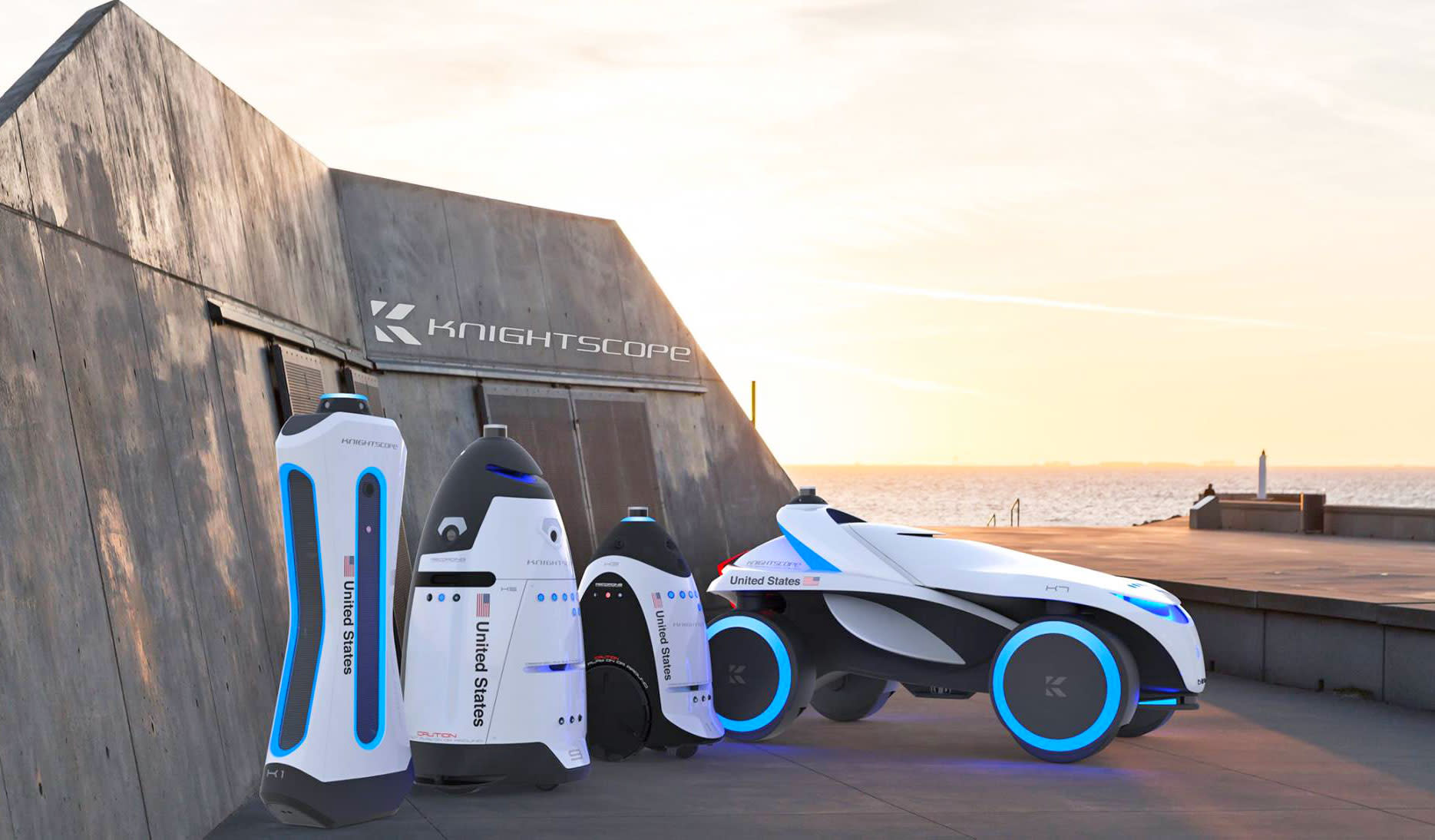 Robot maker Knightscope has been in the news lately for all the wrong reasons. Its K5 security robot took a look at the harsh world and chose to throw itself into a fountain. And a different K5 robot was attacked and knocked over by a drunk guy. But now they've unveiled their latest security robot, and it looks kind of like a car.

It's called the K7, and they unveiled it at a press event this week. It's an autonomous unit designed to handle "more difficult terrain" and to patrol larger areas like airfields -- a security vehicle, as opposed to a security guard, like the K5. Its speed may only be 3 miles per hour, but it has an impressive turning radius, presumably so it can get itself out of tight spots. You can see it in action at around 9:45 in the video below (the quality of which leaves something to be desired, just as a warning). The K7's beta prototype will start shipping in 2018. [Edit: Looks like the video has been taken down.]

Knightscope also showed off the K1, which is designed to replace conventional security scanners at places like airports and government buildings. Using millimeter wave tech, it works as a metal detector and can scan for concealed weapons.

These two models will bump Knightscope's offerings to four different models. It's clear the company thinks there is (or going to be) quite a bit of demand for these security robots, especially considering clients can rent their products at an hourly rate, rather than buying them outright.

In this article: gear, knightscope, robots
All products recommended by Engadget are selected by our editorial team, independent of our parent company. Some of our stories include affiliate links. If you buy something through one of these links, we may earn an affiliate commission.